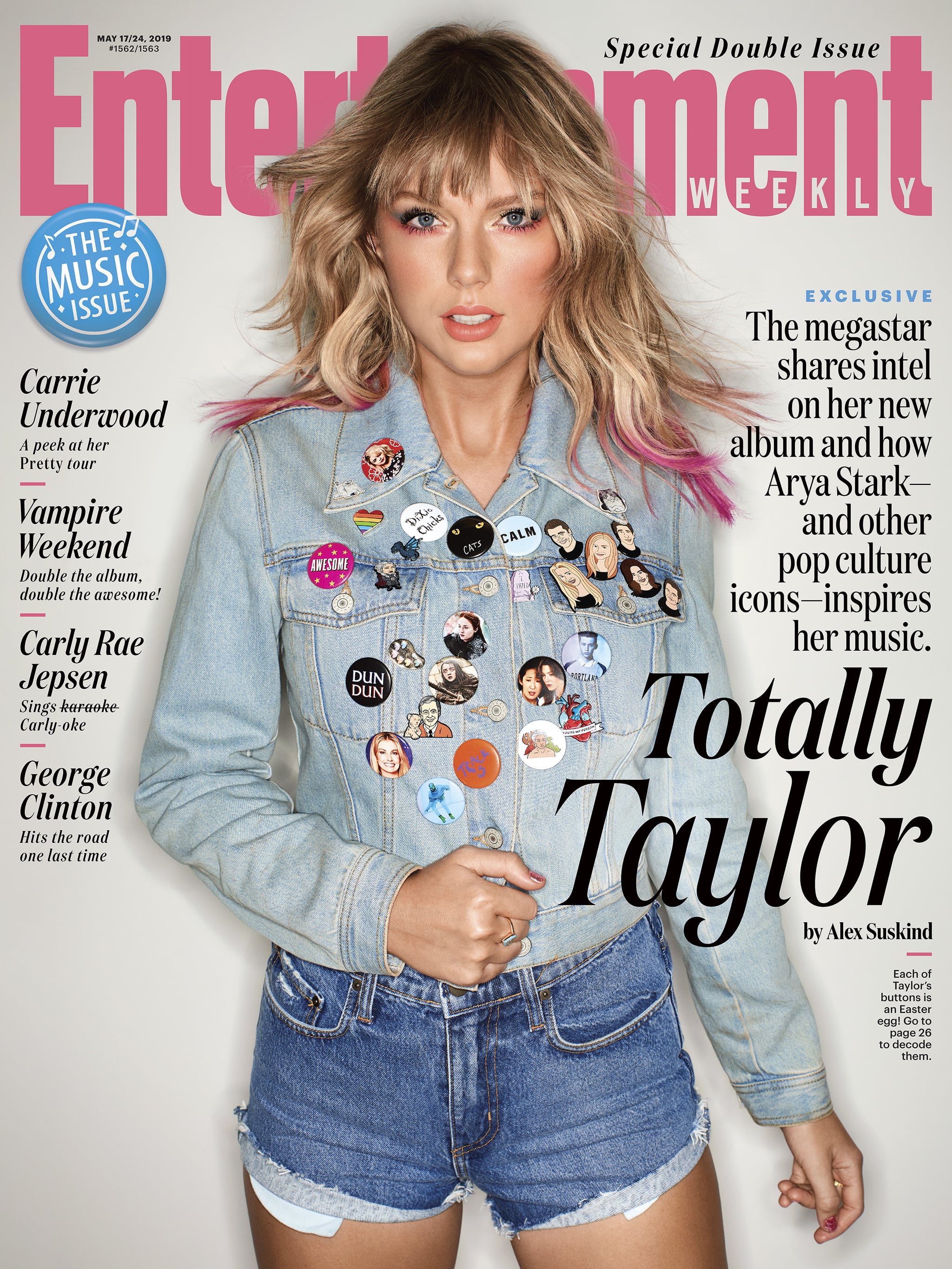 Taylor Swift let her music do the talking during her Reputation era, but now she's slowly opening up for her next album. After teasing what's to come during a handful of radio interviews, the singer talked with Entertainment Weekly for her first sit-down magazine interview in three years, which hits newsstands on May 10! And let's just say, it was well worth the wait. In addition to looking absolutely fabulous on the cover (pink hair and all), Swift also talks about her seventh album (which will include more songs than any of her previous albums, FYI), the cryptic palm tree photo that started it all, and how she's trained her dedicated Swifties to look for hidden Easter eggs. Spoiler: she actually teased this new era a whole year ago. See some of her best quotes ahead!