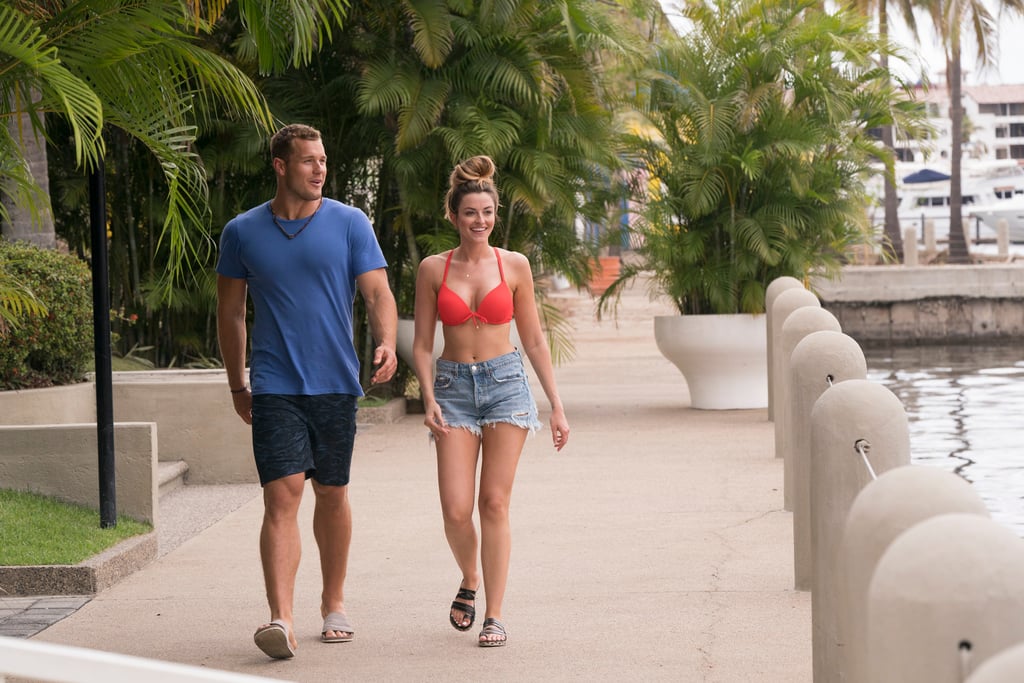 Bachelor Nation has watched Tia Booth and Colton Underwood go through it all, but now, after Colton was announced as ABC's newest Bachelor, the 26-year-old physical therapist is getting the last word. "Congratulations @Colt3FIVE," Tia wished her ex on Twitter. "I hope your season is full of protein powder, puppies, and naps! And NO I will NOT be a contestant on Colton's season. Lord bless."

On Monday night, the couple finally called it quits for good on Bachelor in Paradise, after Colton eventually said he couldn't see Tia as his "wife." If you're just jumping in on the dramatic train that is Colton and Tia's saga, let us catch you up. Before becoming one of the most talked-about contestants on Becca Kufrin's season of The Bachelorette, Colton had a fling with Becca's close friend — and who some fans believe would be the Bachelorette — Tia. The former football player made it to the final four, but not without some drama.

When Tia confessed to Becca that she still had feelings for Colton, Becca already made her decision to send Colton home. The two rekindled on Bachelor in Paradise, where viewers and fans were strung along on their emotional roller coaster of Colton's fear of commitment combined with Tia's unwavering dedication, and a whole lot of tears in between.

Now that the two have officially ended things, and Colton wished Tia all the best on Instagram following their separate departure from Mexico, they are both ready to move on and find love. Read on to see Tia's tweets upon finding out that Colton is the next Bachelor and how fans are handling the news.

Related:
23 Pictures of The Bachelorette's Colton and His Dog That Will MELT You
Previous Next Start Slideshow
The BachelorBachelor In ParadiseTVTia BoothTwitter ReactionsColton Underwood

Matt Smith
All Your Questions About That "House of the Dragon" Wedding Ceremony, Answered
by Amanda Prahl 21 hours ago

TV
That Epic "House of the Dragon" Episode 7 Twist Ending, Explained
by Amanda Prahl 23 hours ago