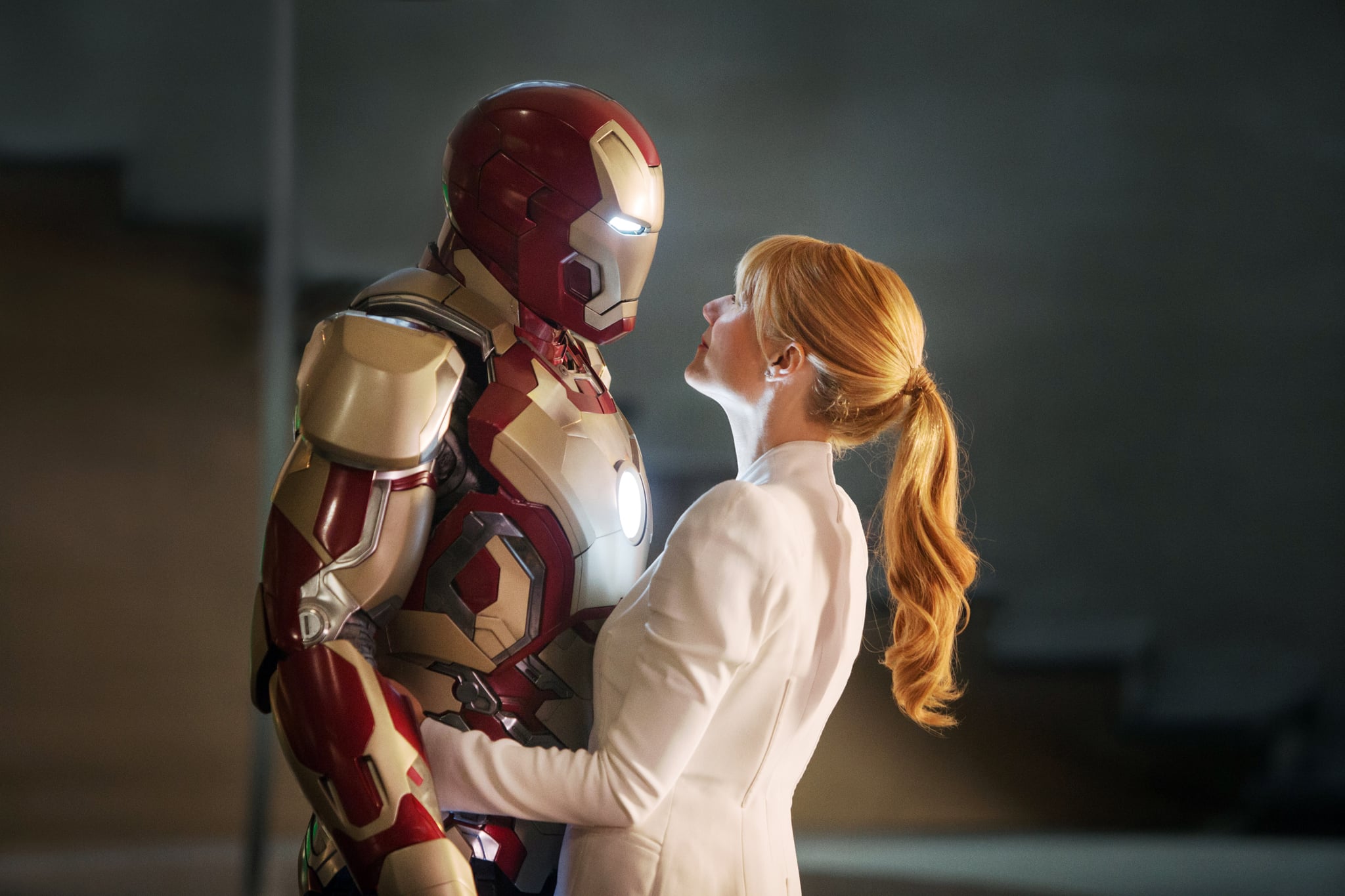 Warning: Spoilers for Avengers: Endgame ahead!

If you're emotionally gutted from the intense showdown in Avengers: Endgame, you're not alone. The losses kicked us all right in the heart parts, but so did the hopeful moments, including the very welcome introduction of Iron Man and Pepper Potts's adorable daughter, Morgan Stark. If you doubted him before, Tony's love for his child was definitive proof that he had a heart. Still, did Iron Man really have a kid in the comics? The answer is complicated, and Morgan Stark, while an established character, is completely different outside of the MCU.

Tony and Pepper's Relationship in the Comics

Pepper and Tony don't quite have a cut-and-dried romance in the comics. His loyal assistant actually ends up marrying his bodyguard Happy Hogan. (This looks less likely in the MCU, as it appears Happy fancies Aunt May in Spider-Man: Far From Home according to the trailer.) They didn't have children of their own, but they did happen to adopt for a while. Fast forward to the Civil War storyline in the comics, and Tony and Pepper get together after Happy's death.

Technically speaking, they do have a child, but it's in an alternate world. In Invincible Iron Man #500, Pepper has a vision set in 2052 where the terrorist Mandarin has taken over the world. In this future, she and Iron Man have a son named Howard. Her husband and child eventually lose their lives fighting the villain, and so her granddaughter Ginny continues their work. We could totally see Marvel toying around with this storyline and somehow molding Morgan after Ginny.

So, Is Morgan Stark a Character in the Comics?

In the comics, Morgan Stark is a completely different creature. Written as Maria and Howard Stark's nephew, he doesn't have the fondest feelings toward the Stark clan, jealous of Iron Man's success. His father, Edward, had given up his part in the family business, leaving Howard to run everything. Emerging as a nemesis to Tony, Morgan first appears in Tales of Suspense Vol. 1 #68 as an accomplice to the supervillain Count Nefaria. Fingers crossed that Iron Man's daughter won't go down the same twisted path!

If the MCU decides to do more with this special character, we bet we're going to love her 3000 no matter what. In the meanwhile, we'll be keeping her and her mother in our thoughts as they mourn the death of their beloved and one of the greatest Avengers ever.