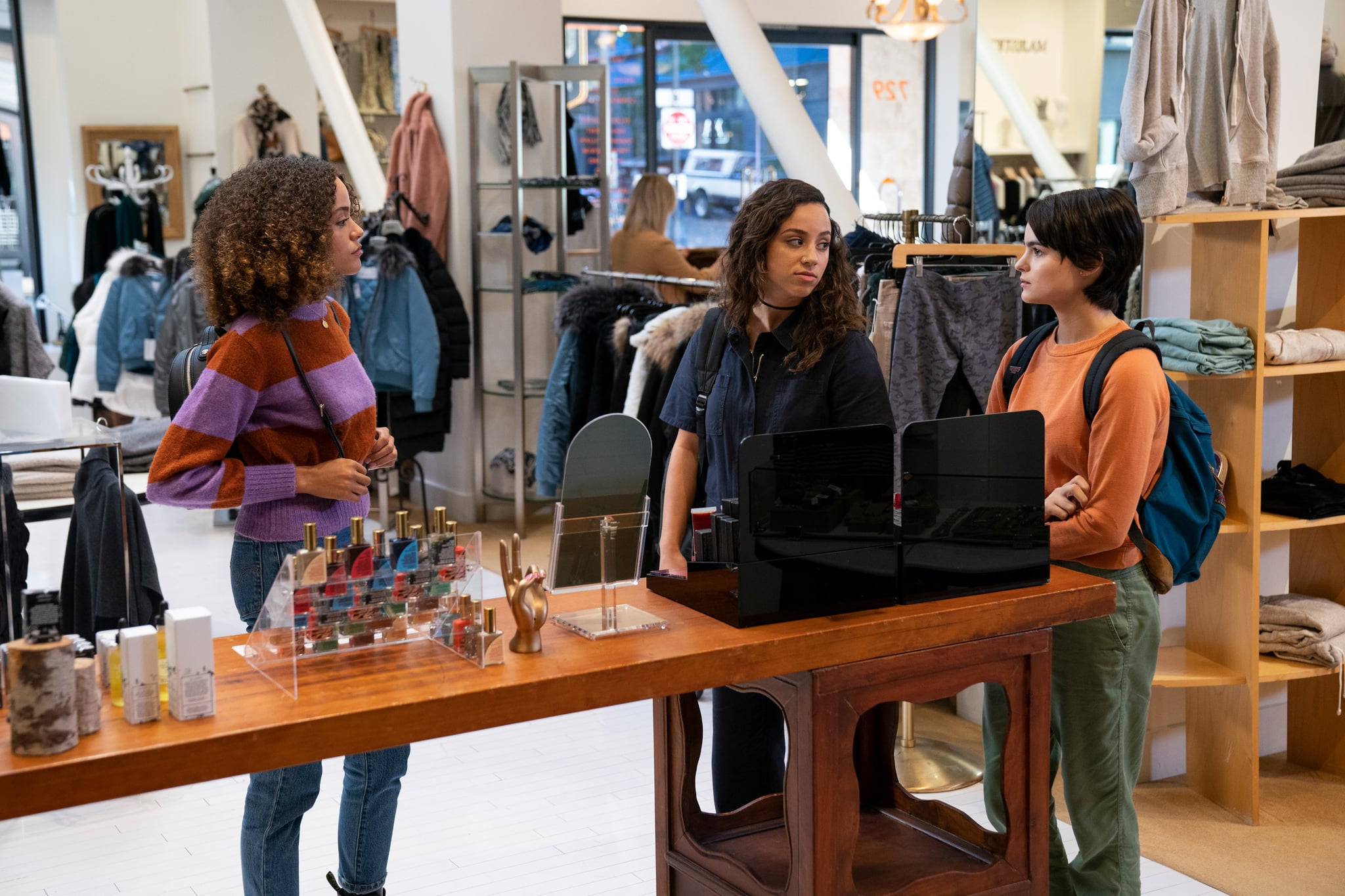 Netflix's new teen drama Trinkets is already generating buzz, and we don't even know yet if we'll get a second season. Netflix, known for cranking out original content, released the show, which follows a trio of teen girls who go through the usual struggles of being, well, teen girls — but with a twist: they're all serial shoplifters, who meet in a support group for kleptomania and instead start teaming up to continue stealing. The first season, available for streaming now, consists of 10 episodes of just under 30 minutes each.

Whether or not there will be a season two is still up in the air and probably will be for a little while. Trinkets is based on a novel, published in 2013 by Kirsten Smith (who you know as the screenwriter behind classic comedies like 10 Things I Hate About You and Legally Blonde). It's a stand-alone novel, not an ongoing series, so theoretically, the writers of the TV series have only the one book's worth of source material to go from. However, plenty of adaptations have moved beyond their source material. Traditional TV shows such as The Handmaid's Tale, The Magicians, Big Little Lies, and, perhaps most famously, Game of Thrones, have continued telling their stories beyond the plots in the books they're based on. There's no reason Trinkets couldn't do the same!

As with most shows, of course, the future of Trinkets doesn't necessarily hinge on the availability of storylines, but on the all-important viewership numbers. Netflix's decision-making is famously secretive, taking into account obvious factors like cost and viewing numbers but also factors that are harder to pin down, such as a project's likelihood to help increase or maintain subscriptions to the streaming service. Trinkets is such a new series that it remains to be seen if its presence will be enough to earn a season two. Until then, there's plenty to enjoy in the first batch of episodes!