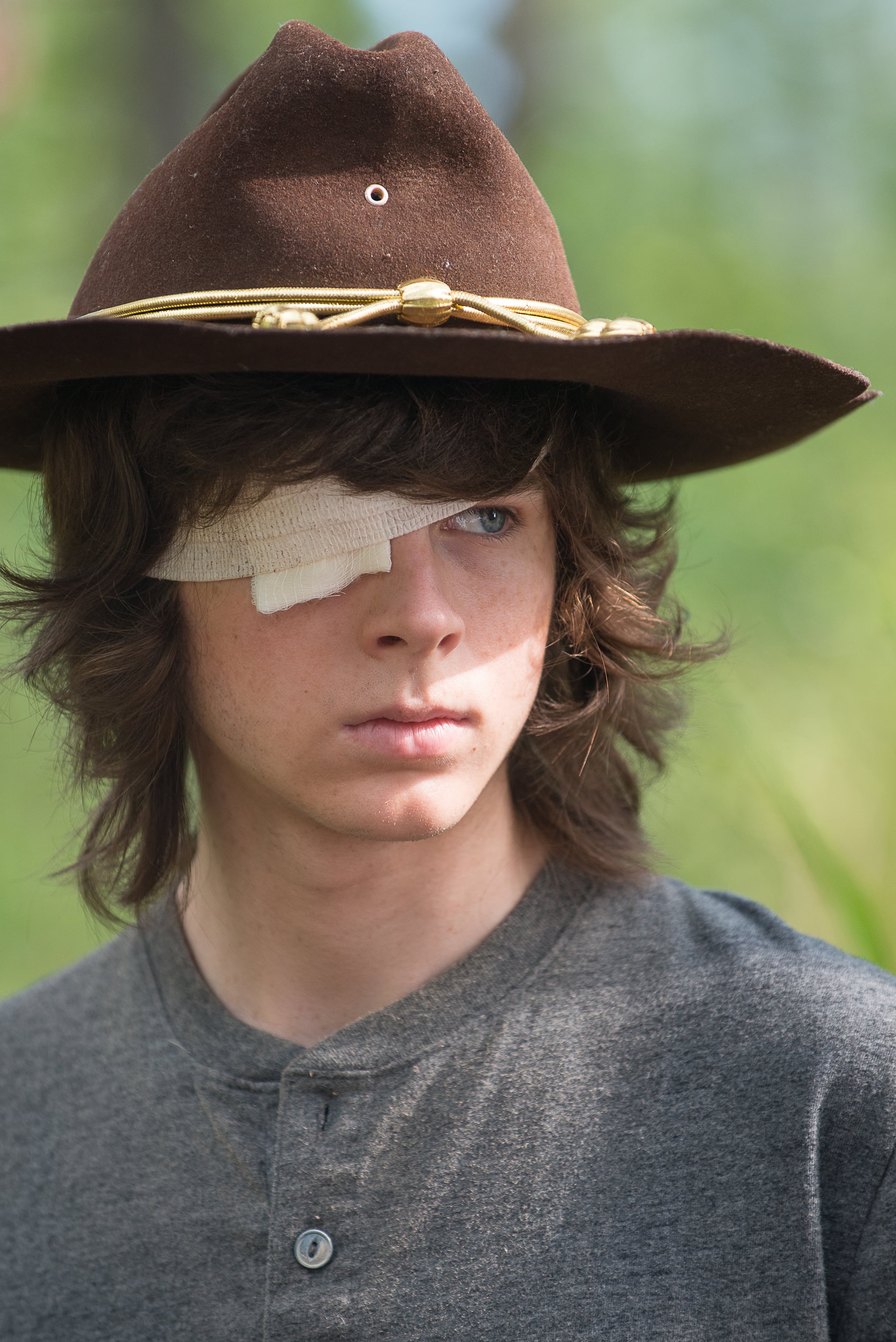 As you likely already know, this week on The Walking Dead marked the final episode before the devastating season six finale that will finally introduce Negan. Based on testimony from the cast and one of the showrunners, we're in for a pretty unsettling, tumultuous debut. In the meantime, we've only seen very sparse references to the awful villain. This week, for instance, a tiny bit of foreshadowing made its way into the opening credits. Now, our job is to figure out what it means.

Hardcore fans of The Walking Dead will immediately know that Negan's signature weapon is a baseball bat wrapped in barbed wire. He names it Lucille, and it makes an appearance in the official promo for the finale, which touts the first footage of the villain. So, what does it mean that it's appearing on Carl's gun? The small moment could have dire implications.

One thing we haven't yet considered: maybe Carl will be the one to die. As you can see in the promo for the episode, Carl is among the group that goes out to meet with the Saviors. Does he somehow get captured? It's possible. Something else to consider: Glenn and Maggie's shower scene comes directly after Carl finds the gun. Could this be yet another hint that Glenn will die next week? Of course, there's still the possibility that we could be stuck with the worst cliffhanger of all time, but we're really hoping that's not the case. In any event, we're just days away from the epic conclusion, so only time will tell.

Dancing with the Stars
AJ McLean Dedicates His DWTS Performance to His Wife Rochelle: "She's My Superhero"
by Kelsie Gibson 11 hours ago

Dancing with the Stars
Let's Be Real, Skai Jackson Handled Her Dancing With the Stars Performance Like a Total Pro
by Kelsie Gibson 11 hours ago

Dancing with the Stars
Going For the Mirror Ball Trophy: Here's Who Is Still in the Competition on DWTS
by Kelsie Gibson 11 hours ago