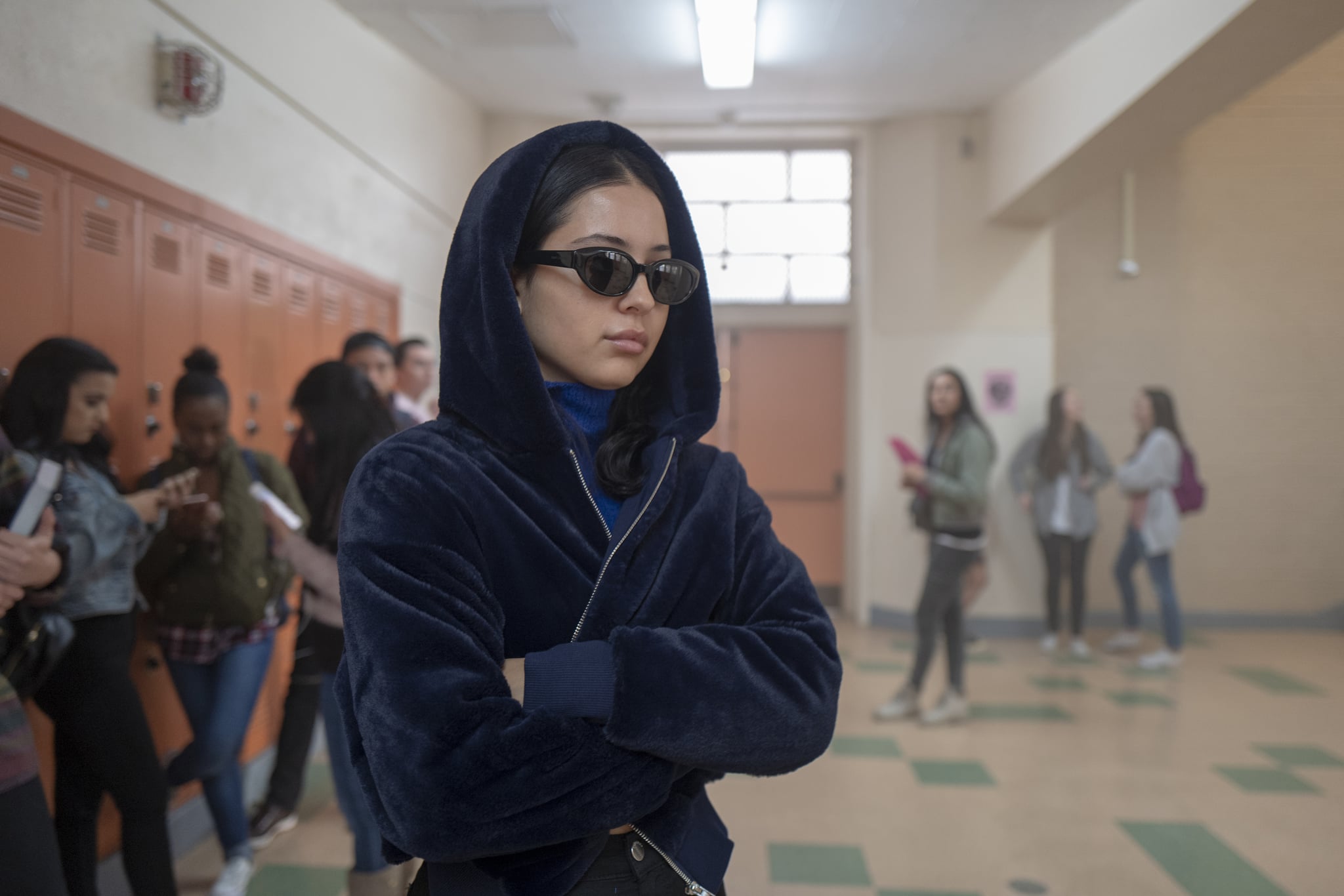 Euphoria's first season wrapped up on Sunday night with a doozy of a finale that left more questions than answers. One of the big ones: What did Maddy see? While she's over at Nate's house and left alone in his room while he takes a shower, she discovers a DVD, which she later watches. We see her shocked reaction to whatever is on the DVD, but we never actually see what was on it. So, what is it that she saw?

Most likely, the DVD contained something to do with the twisted sexual behavior of either Nate himself or his dad, Cal. The father and son have one thing in common: keeping incriminating evidence of a sexual nature. As we already know, Cal keeps a pretty disturbing collection of videos of his sexual encounters, many of which are downright violent and one of which involves Jules. Nate has seen plenty of these videos, too, and seems equally fascinated and disturbed by them; it's not out of the realm of possibility that he's stolen more of his dad's creepy videos for whatever his own purposes might be. If the DVD belongs to Nate, not Cal, there seems to be a pretty clear-cut theory about what's on the DVD: the sexually explicit pictures he's using to blackmail Jules.

There's a third possibility that combines both Cal's twisted videos and Nate's obsession with blackmailing Jules. We still don't know if Nate has discovered the link between Jules and his dad, but if he has, that would definitely be the perfect fodder for his blackmail. If the DVD contains the tape Cal made of him and Jules, it makes perfect sense that Nate might be holding onto it: it's blackmail against both Jules and his dad, all at once. Now that Maddy is more willing to stand up to Nate, it seems pretty likely that she won't keep quiet whatever secret is on the disc. Of course, we'll have to wait for season two to find out what the secret is and how she deals with it. Until then, we'll just be over here theorizing.

Celebrity Instagrams
The Cast of Insecure Just Wrapped Their Last Day of Filming, and We're Hella Emotional
by Monica Sisavat 19 hours ago