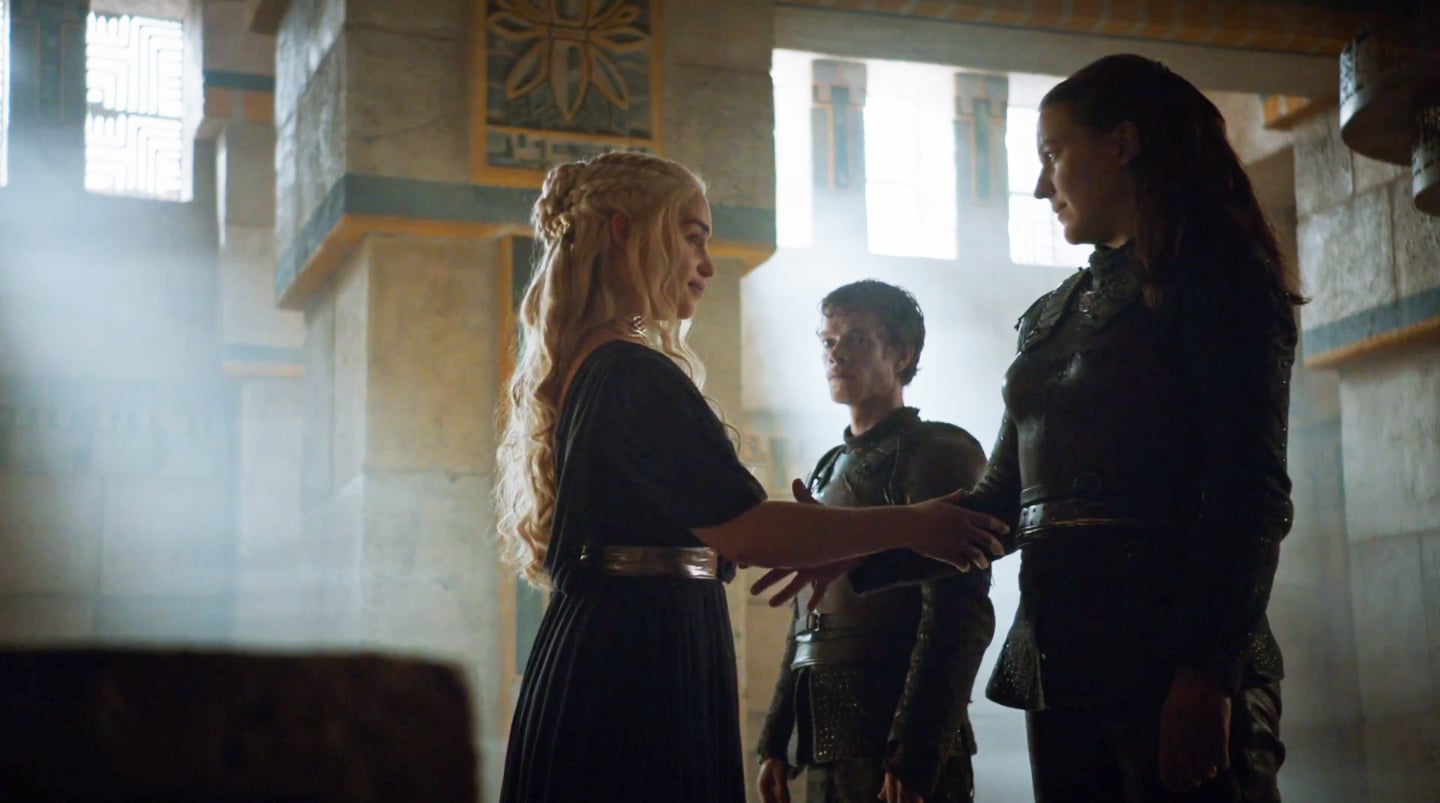 Daenerys has been talking about reclaiming Westeros since season one of Game of Thrones. Up until now, that goal has seemed pretty distant. But with the arrival of more and more Westerosi characters on the scene in Meereen, Daenerys's return to Westeros feels closer than ever. Her alliance in Sunday's episode with Theon and Yara Greyjoy has some major implications for the political scene in Westeros.

Daenerys can't fit an entire army on the backs of her three dragons. In order to conquer Westeros, she needs ships to take her forces across the Narrow Sea. Daenerys has tried and failed before to gather the fleet she needs. Theon and Yara's pledge of 100 ships finally gives Daenerys and her army the passage she needs to Westeros. Now that Daenerys has put down the slave master uprising in Meereen, won the loyalty of the Dothraki horde, and sealed an alliance with Theon and Yara, she could finally be on her way to claim her ancestral throne.

Some terms and conditions come attached with the new alliance. Yara is quick enough to agree to Daenerys's condition of no marriage contracts, but some of Dany's other demands could pose major challenges. Daenerys demands that the Ironborn give up pillaging and plundering along the coast. But Yara protests that pirating is deeply ingrained in Ironborn culture. The Iron Islands are notoriously inhospitable. Without arable land or valuable natural resources, there are few other ways for Ironborn to make their living. Yara and Theon could face pushback from their fellow Ironborn under the terms of the alliance with Daenerys.