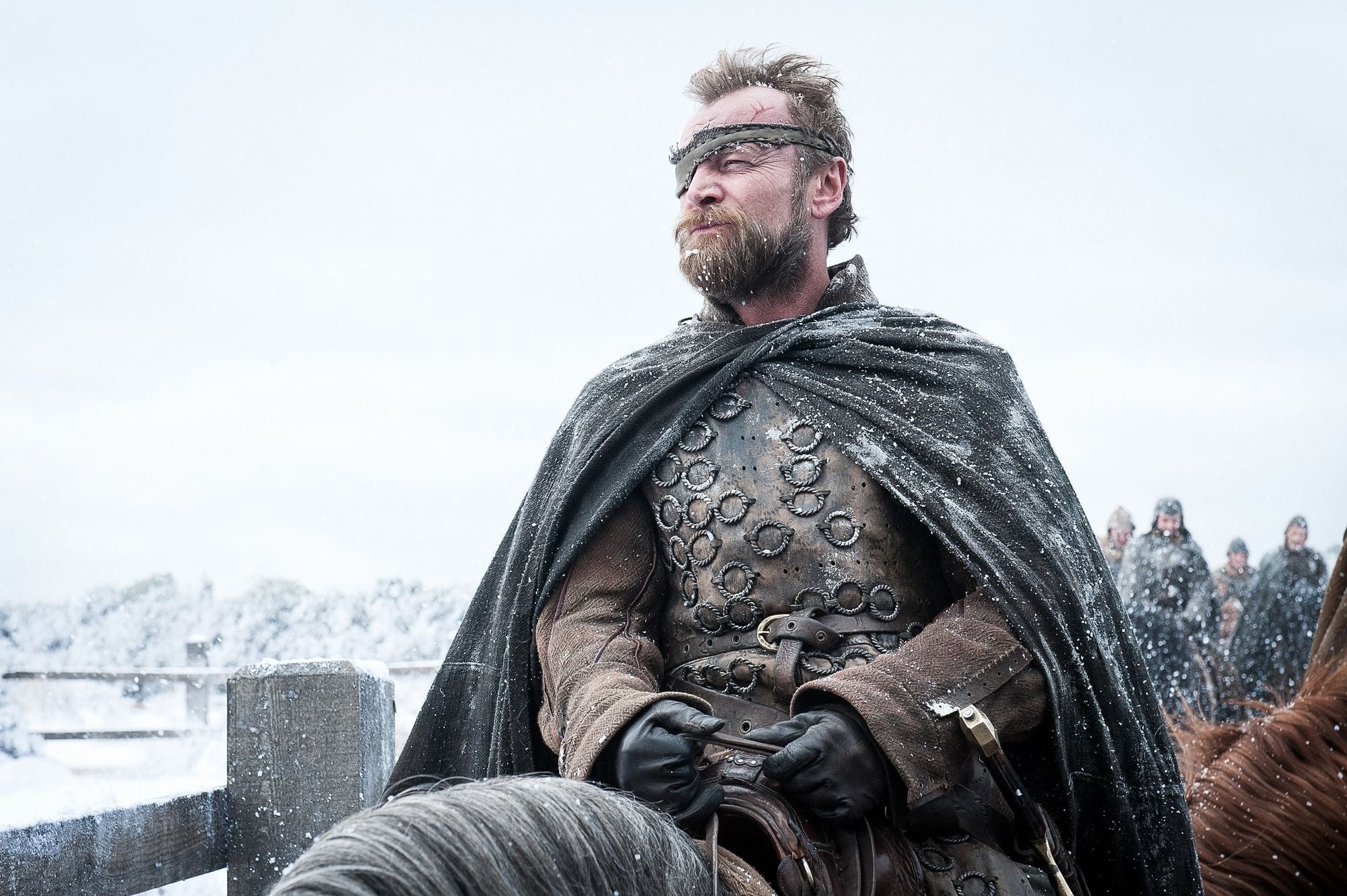 The Game of Thrones book series isn't called A Song of Ice and Fire for nothin' — and now author George R.R. Martin has hinted at another facet of the "ice and fire" readers and show fans may be in for: Fire wights.

In an interview with TIME, Martin talked about bringing characters back from the dead, specifically Catelyn Stark in the form of Lady Stoneheart (a character cut from the TV series). He says when a character suffers a "violent, traumatic death, they're not going to come back as nice as ever," which is what he's trying to do with Lady Stoneheart.

Related:
Who's Still on Arya's Kill List on Game of Thrones?

But the interesting part for the TV series fans is how this leads Martin into discussing Jon Snow and Beric Dondarrion, two TV characters who have also been brought back from the dead. After agreeing that Jon is "drained" from being resurrected, Martin says that every time Beric Dondarrion is brought back, "he's a little less Beric."

"His memories are fading, he's got all these scars, he's becoming more and more physically hideous, because he's not a living human being anymore," says Martin. "His heart isn't beating, his blood isn't flowing in his veins, he's a wight, but a wight animated by fire instead of by ice, now we're getting back to the whole fire and ice thing."

Hold the phone. A wight animated by fire?

That's right. Apparently the Night's King's army of reanimated corpses isn't the only wight game in town. Apparently people resurrected by the Lord of Light — like Beric Dondarrion and even Jon Snow — are wights as well.

Related:
The Internet Has a Lot to Say About That Shocking Scene on Game of Thrones

What does this mean for the show? Well, it sounds a lot like we may be in for an epic battle of ice wights versus fire wights. Perhaps Melisandre can be the fire side version of the Night's King (or maybe some other red priest/ess, like Thoros of Myr) and resurrect an army of fire wights to combat the icy death currently marching down from beyond the Wall.

Nerdist posits that maybe instead of ice versus fire it'll be more ice and fire, as in the two sides working together, but honestly, that doesn't sound like it leaves the humans of Westeros a snowball's chance in hell of beating back the Night's King. Plus, we've seen that the ice wights can be defeated by fire, so we think it's much likelier that Jon Snow and Co. are going to set up a massive face off between an army of ice wights and an army of fire wights.