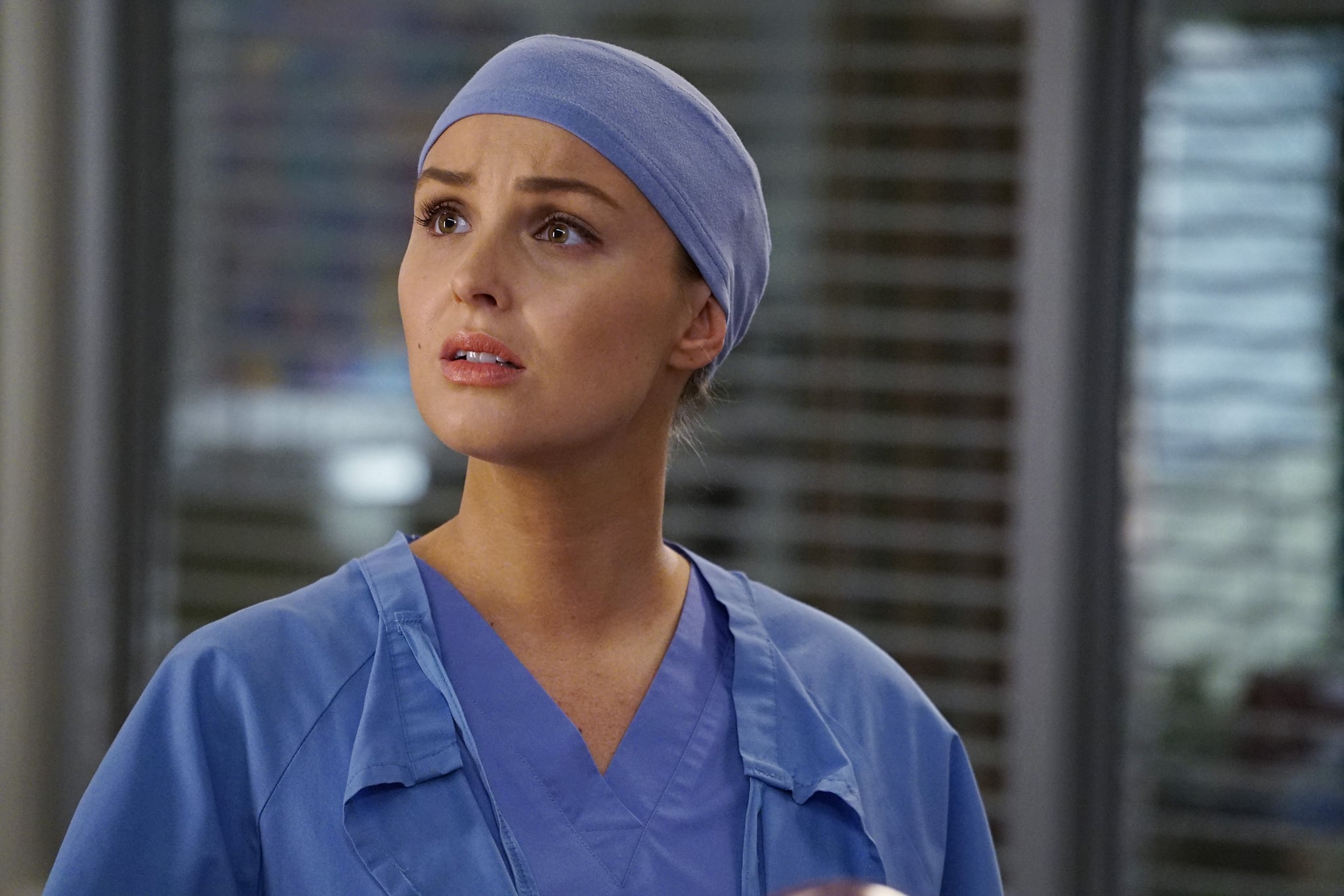 In the wake of that insane fire in the season 13 finale of Grey's Anatomy, things are naturally heating up. In addition to the departures of Stephanie Edwards and Dr. Minnick, we're also seeing the return of old favorite Teddy Altman and an introduction to Owen's long-lost sister, Megan. And that's not even taking into consideration everyone else! Luckily, we caught up with Camilla Luddington, who plays Jo, about what else is in store for season 14 on the red carpet at the BAFTA TV Tea Party.

"Well, the new episode picks up moments after our season finale," Luddington teased. "So Jo is discovering everything that happened to Stephanie, because she didn't know about that. There's the aftermath . . . of losing her best friend and not knowing who to turn to. There's also the element of DeLuca in the air, and residual feelings about Alex. If I had a Facebook status for her, it would permanently be, 'It's complicated.'"

"If I had a Facebook status for her, it would permanently be, 'It's complicated.'"

That's not all that's looming for Jo in the next part of the series. We also asked about her husband, Paul (Matthew Morrison), whom Alex (Justin Chambers) has been secretly looking into. "There's the element of a threat . . . she definitely feels that he's a threat to both of them." For all the dark parts of season 14 — let's be real, there's always a bit of darkness on Grey's Anatomy — there's also a new element of levity going forward.

This Summer, the veteran ABC show hired back former showrunner Krista Vernoff. According to Luddington's costar Giacomo Gianniotti (who plays DeLuca), the upcoming season is going to be "lighter and funnier. Krista wants comedy and wants people to laugh." Luddington confirmed the renewed, more lighthearted tone for the show. She also teased a dash of sexiness. "We're all working out because we know we're going to be in our underwear a lot more this season," she joked. "No more pizza for us."

All things considered, there's one more cool thing the actress is bringing to the table this year: more emotion. Ever since having a baby this past Spring, her depth of feeling has only increased. "I think that having a child actually makes you kind of emotional and vulnerable, because you care so much about somebody else." True to form, we're excited for both the humor and sadness to come into play once Grey's Anatomy returns. It wouldn't be our favorite doctor drama without that balance.