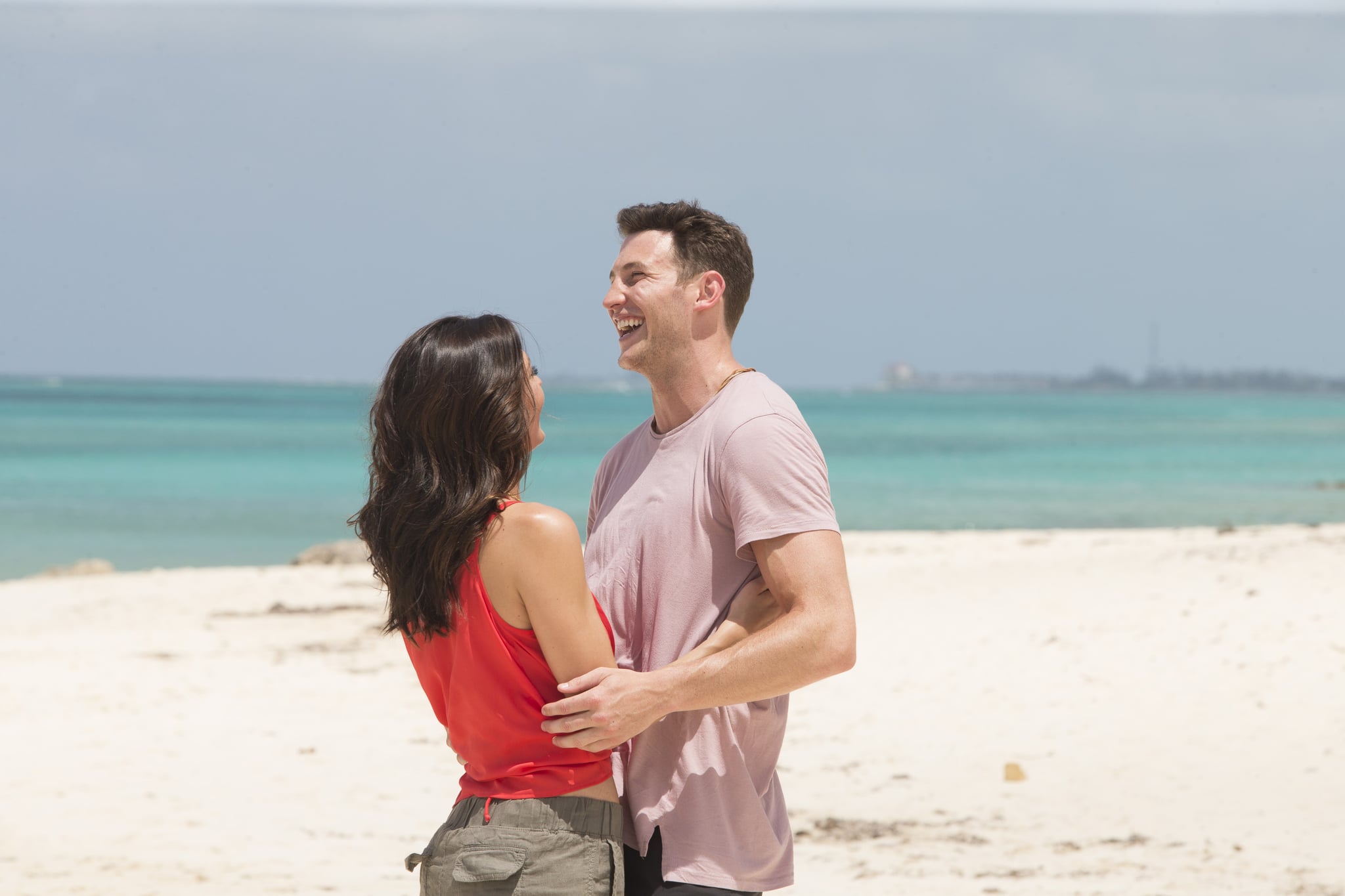 Blake Horstmann, will you accept this rose? The 29-year-old sales rep has stolen Becca Kufrin's heart on The Bachelorette, and thanks to his good looks, openness, and kind soul, he's stolen our hearts as well. Blake may have gotten the first one-on-one date this season, but after expressing his insecurities to Becca before hometown dates, it looks like those fears are still taking over. In the most recent episode, Blake confronts Becca yet again as he struggles to accept that she may be in love with one of the other two men.

"Is she kissing and is she hugging and is she blushing the way she is with me with the other guys?" Blake asks in a confessional. "I know they don't love her like I do, so that doesn't bother me. It's more like, does she love them?"

Related:
Becca Breaks Down While Dumping Jason on The Bachelorette: "I Did to Him What Arie Did to Me"

It's one of the true tests every person who's been part of the Bachelor franchise needs to deal with, but for Blake, last week's sneak peek made it look like reassurance from Becca wasn't cutting it. When the episode actually aired on Monday night, we got to see exactly how the couple worked through Blake's insecurities before they took advantage of the Fantasy Suite.

"I feel stronger for you and more in love with you than I was for my ex, and to know how bad it hurts, that heartbreak, how bad this heartbreak could hurt is where the real fear sets in," Blake tells Becca. "You obviously have really strong connections with other guys, and so I can't really ignore that anymore."

"I get that. With Arie I was the exact same way last year," Becca tells him. "I was so in my head. I questioned what he was looking for." Blake goes on to declare that the other guys can't feel the way he does about her, and he again asks how she feels about the other men — Garrett and Jason — in the competition.

At first Becca answers him with an awkward silence, but then she gets candid with him about the reality of their situation. "You've been the most solid and the most consistent — to the point I felt you were too good to be true," she says. "I thought something was gonna come along to f*ck it up . . . it's tough."

Related:
The Bachelorette Finale Is Closer Than You Think

Blake is able to get over it for long enough for them to enjoy their evening in the Fantasy Suite, and by the end of the episode, he receives a rose (Jason, sadly, gets eliminated). However, a tearful preview of next week's episode hints that Blake might not be as over it as we think, because he can be heard telling the camera, "There's no way she has this with any other guy. There's no way."

Listen, we absolutely love Blake. He's shown Becca a side to him that many contestants are not so quick to do on the show, and he does it with such sincerity, which we admire. The only question that remains is: will Blake let the fear of striking out keep him from playing the game?