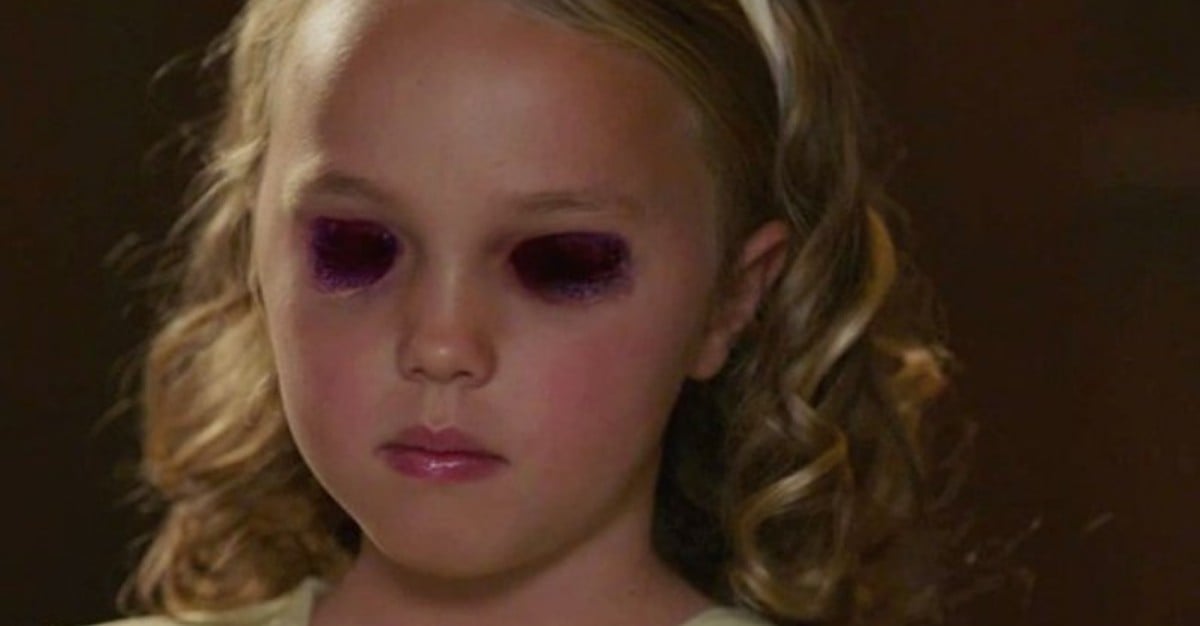 Full of Easter eggs and season connections, American Horror Story: Apocalypse has been a constant stream of puzzle pieces finally fitting together after years of disconnect and unanswered questions. At this point, even throwaway lines from past seasons are fair game for new plots and fan theories. One such detail: Constance Langdon's previously unseen daughter, Rose. Although she only appears for the first time in the most recent episode of Apocalypse, Reddit user skyeler45 already has a theory about Rose and her eerie appearance.

As a quick reminder, Constance Langdon mentions way back in Murder House that she has four children, but we only meet three: Tate, who fathers the Antichrist as a spirit raping a human woman; Beau, a sweet boy who is neglected and eventually murdered by his family; and Addie, a curious woman with Down syndrome who is controlled by her mother. The fourth child is never mentioned outside of this reference — apparently because the writers were unable to find space to develop her as a character — until she appears as a little girl with gouged-out eyes when the Apocalypse characters journey back to the haunted house.

Theory On Rose Langdon from r/AmericanHorrorStory

According to this theory, there could be a couple of explanations for young Rose's mutilated face. One theory is that she is somehow connected to the Roanoke storyline: sharp-eyed viewers might remember the story of Edward Philippe Mott, who is gruesomely murdered in a ritual sacrifice during that season. This Reddit theory suggests that Rose's eyeless state is a nod to Edward, who appears with his eyes gouged out in that season.

A much more unsettling theory: that Constance is the root cause of Rose's mutilation. Throughout Murder House, Constance is shown to be a cruel mother who emotionally abuses her children, such as forcing Addie to stand in front of a mirror to look at her own imperfections. The theory goes that Rose was similarly punished but was younger and less emotionally tough than Addie, and, overwhelmed by her "imperfect" appearance and her mother's hatred, slashed her own eyes to avoid having to see her reflection again.

It's a violent and gruesome theory, to be sure, but honestly, that just makes it fit even better into the creepy world of American Horror Story.