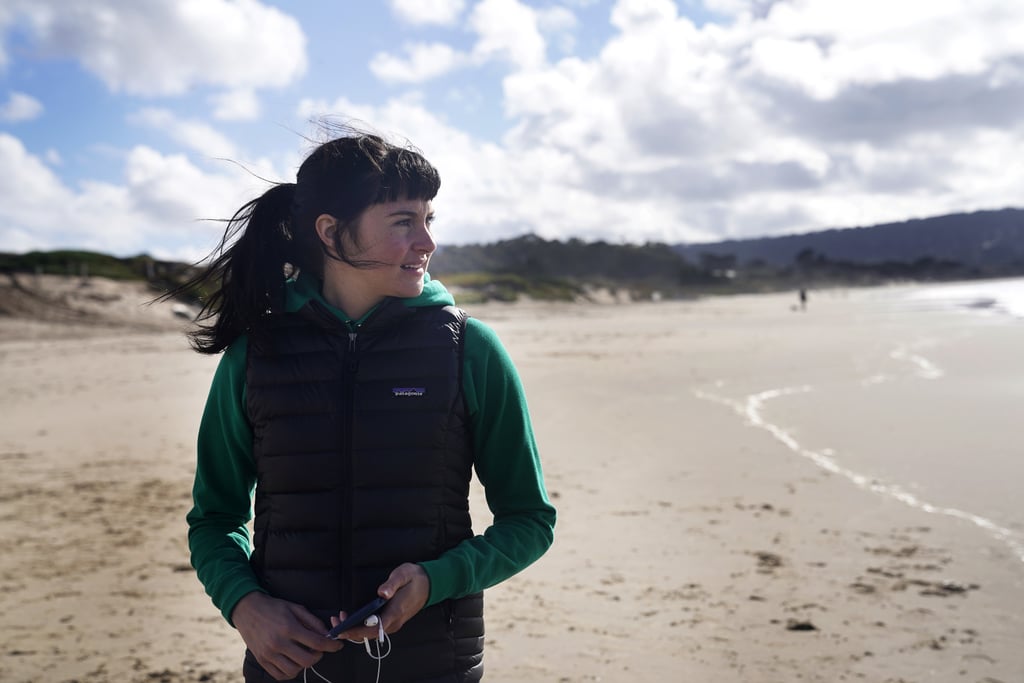 Big Little Lies: Here's the Serene Song Jane Dances to on the Beach in Season 2

Some things in Monterey have changed as Big Little Lies kicks off season two, but the HBO show's killer soundtrack and Jane Chapman's dancing are destined to stay the same. Much like season one, when viewers meet up with Jane again she's using her moves to diffuse stressful situations. This time, she's listening to the Oscar-nominated song "Mystery of Love" by Sufjan Stevens, originally written for Call Me by Your Name.

"OH. SOUNDTRACK." That's the message I received from my best friend (and self-proclaimed Timothée Chalamet fanatic) as we live-texted each other throughout the season two premiere and Stevens's familiar notes floated from our speakers. In season one, Jane drifted toward metal and angry rock to deal with her trauma. Now that her burden has been eased (albeit, in a complicated way) she's leaning toward a more peaceful playlist.

"Mystery of Love" is not only the ideal song for a beachside dance session — it also set the scene between Chalamet's Elio and Armie Hammer's Oliver during an intimate Call Me by Your Name moment. I half-expected the 23-year-old actor to come gliding into frame with Jane, but alas, we're greeted by her offbeat coworker instead.

My BFF and I are definitely not the only fans who noticed the subtle connection between the easily acronymed BLL and CMBYN. For better or for worse, Twitter users were quick to call out the recognizable song. Keep reading to see a few of their reactions. Sorry, Infinity War, this is the most ambitious crossover event in history.

Movies
Travis Scott Has a New Album and Movie on the Way, and We Are So Ready
by Kelsie Gibson 5 hours ago

The Weeknd
The Dawn Is Coming: The Weeknd's New Music Era Already Sounds Like a Total Party
by Kelsie Gibson 7 hours ago

Frank Ocean
Mark Your Calendars! Frank Ocean Is Set to Headline Coachella in 2023
by Monica Sisavat 8 hours ago