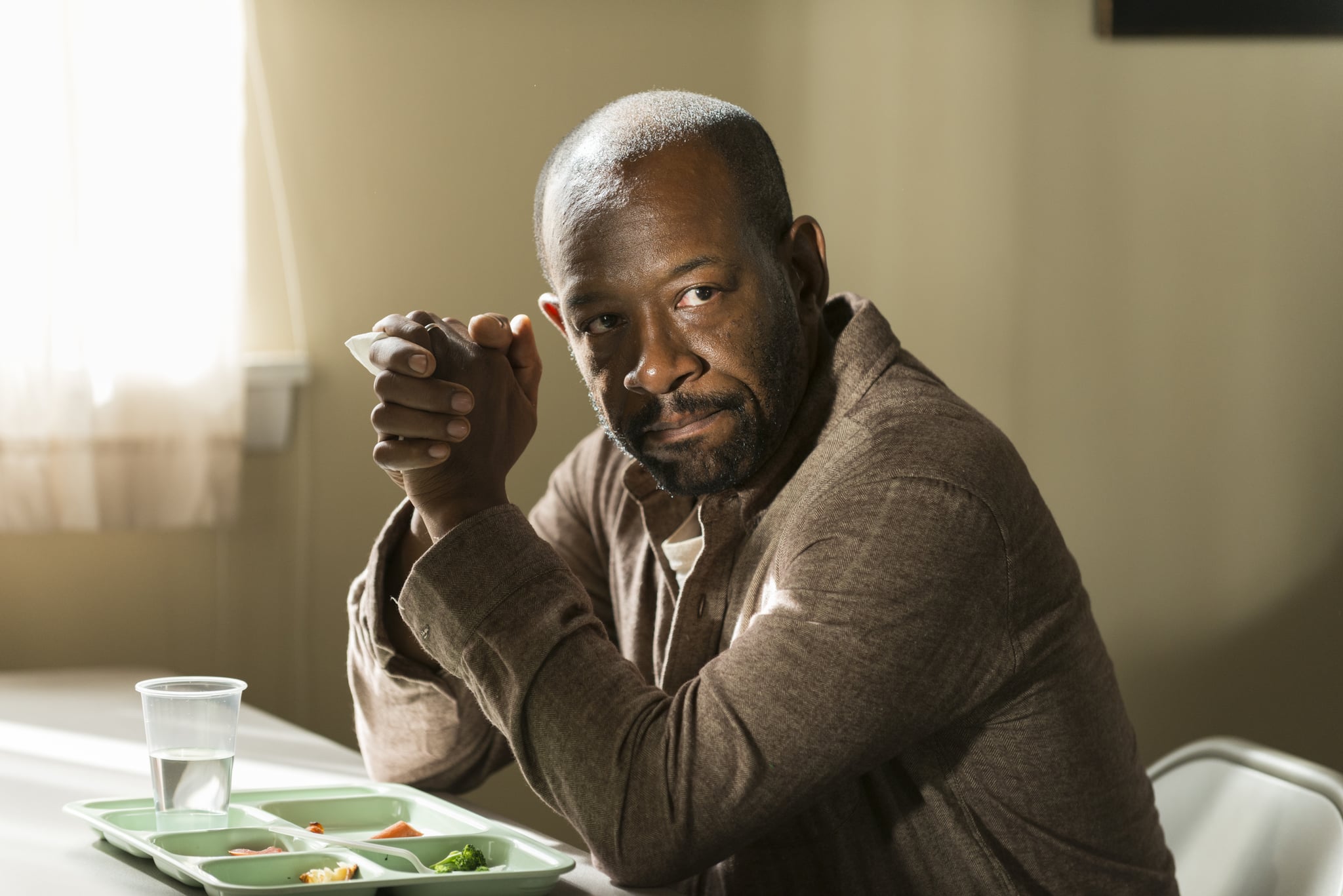 Although the second episode of The Walking Dead's new season certainly isn't as action-packed as the bloody, violent premiere, "The Well" still squeezes in a lot. We're treated to Carol's "I'm so harmless and innocent" routine, a fascinating look at Ezekiel and his Kingdom, an intimidating tiger, and some terrifying, carnivorous hogs. Amid all of that, there's also a scene featuring some of the residents of The Kingdom belting out a beautiful a cappella ballad. It's a rare, peaceful moment on a show filled with bulging, bloody eyeballs, and if you haven't been able to get the song out of your head, you're not the only one. The tune in question is actually a version of Bob Dylan's folksy "Don't Think Twice It's All Right" and features lyrics that fit in perfectly with the episode's restrained vibe and Carol's desire to leave The Kingdom and live on her own.

"When your rooster crows at the break of dawn look out your window, and I'll be gone / You're the reason I'm a-traveling on / But don't think twice, it's all right.

But I wish there was somethin' you would do or say / To try and make me change my mind and stay / But we never did too much talking anyway / But don't think twice, it's all right."

Although we doubt the Saviors and The Kingdom will be facing off against each other in a Pitch Perfect-style riff-off anytime soon, it's still a welcome reprieve from Negan and the grisly deaths that go down in the first episode. Listen to Dylan's original version below.