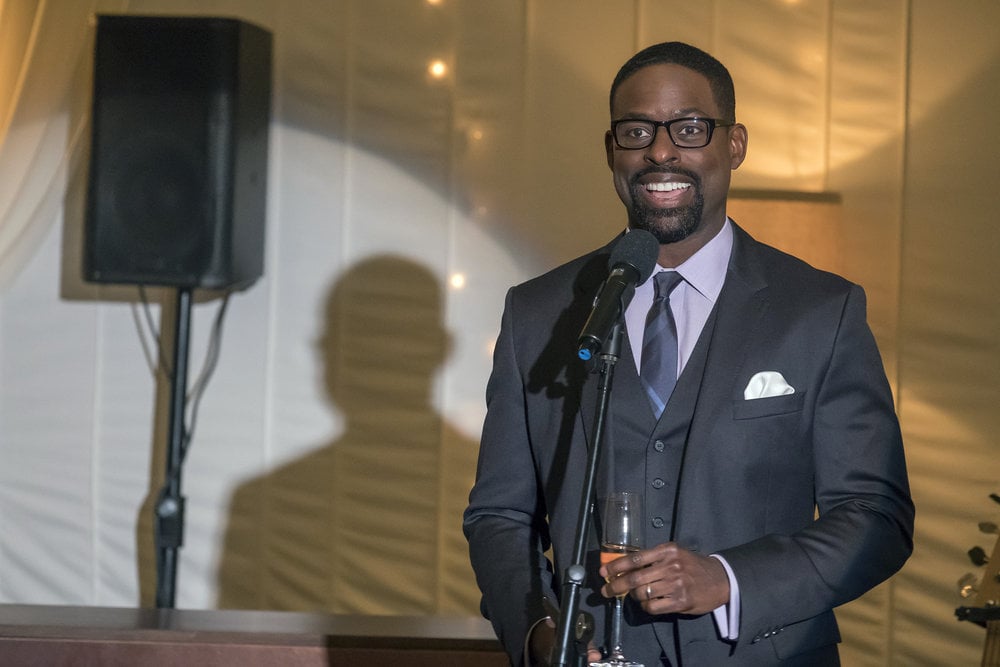 Are you ready for the end of This Is Us? OK, so the series finale may be a long way away (hopefully multiple seasons away), but we do know when the series will end — at least, in the context of the show. While talking with Entertainment Weekly about the upcoming season, series creator Dan Fogelman revealed that the flash-forward in the season two finale will be the show's final timeline. "I don't imagine us going past this time period in the future, so in terms of a timeline, this is our ending timeline," he explained. "But we may have other past timelines we're going to introduce in the course of the series, and also other future storylines that we might introduce as well."

In addition to talking about the show's ending, he also teased what's in store for season three, including the mysterious "her" Randall and adult Tess mention in the flash-forward. "It's a mystery that won't play out over seasons," he said. "There will be answers given in the course of the season. Part of the fun of any family is looking at somebody in certain time frame or a family in a present-day time frame and hypothetically jumping forward 15 years and [seeing] who's still in the picture, who's not in the picture anymore, who has become ill or other. We'll be slowly getting pieces by process of elimination or more questions . . . until we get to the answer — and not string it out too long."

He reiterated that the storyline is "not just a mystery for mystery's sake," but has a distinct purpose. "The mystery is actually informing a lot of stuff that has happening in the present day as well," he added. "The interesting part is in the course of the season, as we mention this mystery, we're going to be putting a lot of those things in the stories that it's not. So it's not just one — estrangement, death, love, marriage — all those things are part of jumping a family [deep] into the future. The question isn't just who's estranged, or who's in prison, or any of the other theories that I've heard from people; it's about where are all the other characters at that point in their lives? And that's going to be also spoken to by what their stories are in the present day. So that's really exciting for us as well."

Fogelman's revelation comes after Mandy Moore revealed she knows how the series will end. In fact, a few cast members have already filmed the finale scene. Ahh! We need This Is Us to return for season three ASAP.