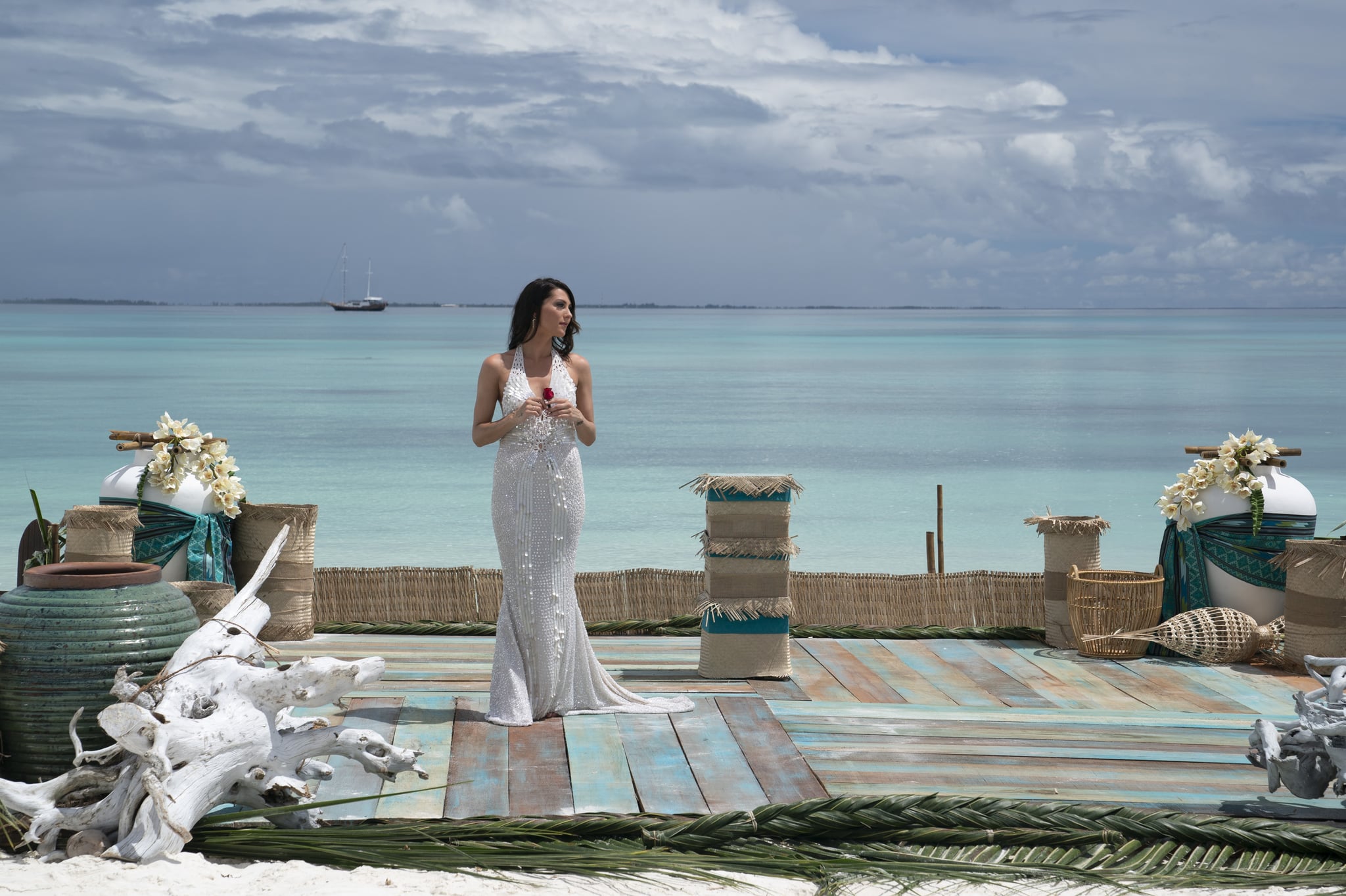 There are usually only two ways an engagement from The Bachelorette ends: with a wedding or a breakup. But from the look of the latest season finale, Becca Kufrin and Garrett Yrigoyen will make it down the aisle; the question is, when? Luckily, since we can't ask the happy couple ourselves, Chris Harrison did it for us on the live finale.

"We're moving in together, we don't exactly know where yet," Becca said. "He'll come to Minneapolis for a little bit, I'll go to Reno for a while, and then I think we might come out to California for a couple years."

OK, Becca, but what about the wedding? "We don't have any wedding plans yet," she said. "We just want to be able to be normal and in public."

That's the kind of answer we were expecting, but Becca and Garrett have been open about how much they want to have kids. Thankfully, in true Chris fashion, he wouldn't let the couple get away without prying a bit more into their future together. When he brought up kids, the two didn't shut it down and said dogs would come first.

If that wasn't enough of an indication, in addition to an all-expense-paid trip back to Thailand where they got engaged, Chris also got the couple a minivan — equipped with a car seat and toys in the backseat — as an ode to how Garrett arrived at the mansion on the first night.