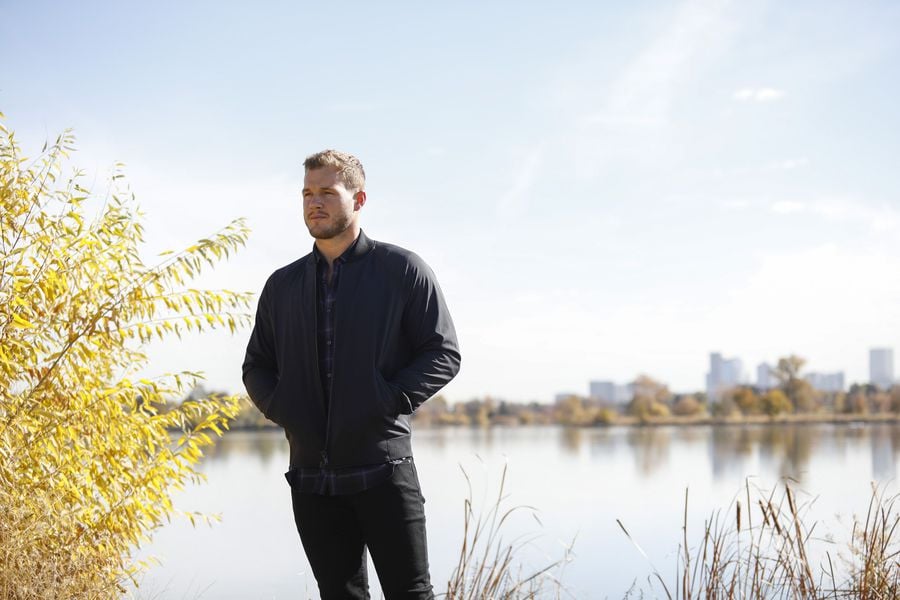 After all of the promos hinting at this week's Bachelor drama, it's no wonder many of us thought this would be the week of Colton Underwood's already infamous fence jump. But another week has gone by, and the scene still hasn't happened. With this week's focus on Colton second-guessing whether some of the contestants are only there to become the next Bachelorette, we're wondering what could be more dramatic than that?

Before this week's episode aired, though, host Chris Harrison actually revealed that the fence jump wouldn't be taking place yet. Harrison told Entertainment Tonight that there are still "a few episodes" left until the fence jump happens — so don't hold your breath, people.

With hometown dates on the horizon, it seems likely that the jump will happen during the same episode as the fantasy suites. If Colton is visiting the final four ladies' hometowns, he's probably not going to strand one person in order to jump a fence. During the fantasy suite episode, though, it's more likely that the ladies will be all in one place, which could lead to his attempted escape if there's more fighting.

And while Colton's escape definitely looks shocking for TV, it was pretty daring in real life, as well. In his conversation with ET, Harrison likened the former football player to "a gazelle being chased by a cheetah." He was determined to extract himself from the situation, doing whatever he had to in order to get a few moments alone.

"This is your life," Harrison told the outlet. "This is hopefully the woman of your dreams and somebody you're going to spend the rest of your life with. You should care about that. You should want to fight for that; you should want to leap over a fence for that. That's kind of where he was. He was, when push came to shove, he was ready to push back."

Hopefully Colton will find love at the end of this Bachelor season and all of the dramatic moments will be worth it. And if he does end up marrying someone from the show, they can always laugh about the fence jump at their wedding. (Or not.)