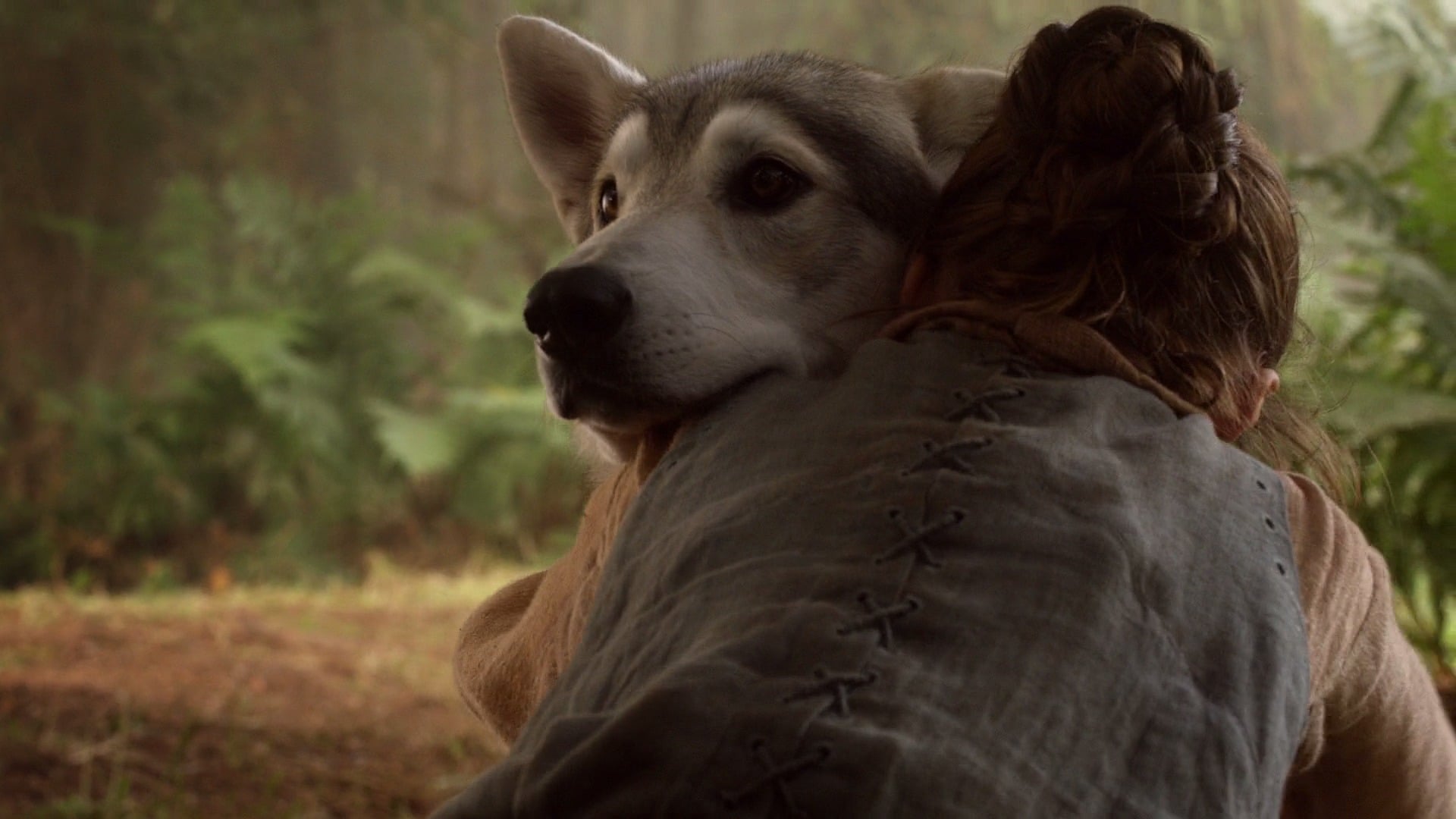 There have been a lot of deaths over the years on Game of Thrones, but some of saddest ones have been the direwolves. The series begins with six direwolves for the six Stark children, including Jon Snow. Over the years, we've said goodbye to four direwolves and each of them have been devastating. Jon's wolf, Ghost, is still with him, and there's one more that we actually haven't seen since season one. However, that could all change this year. One of our season seven predictions is that Arya and Nymeria will be reunited. If that's true, our fingers are crossed that she will make it through alive. So what happened to Nymeria?

In the second episode of the entire series, Arya and Joffrey get into a sword fight outside. When he threatens to stab her, Nymeria gets defensive of her owner and bites Joffrey's arm. Like the brat he is, he runs off to tell on her. Arya quickly realizes that Nymeria will be punished for her actions against the future king and forces her to leave. That action is what ultimately causes Sansa to lose her direwolf, Lady. When they can't find Nymeria, Cersei demands that another one be killed as punishment. That is the last time we see Nymeria on the show, and she's been apparently wandering around The Riverlands ever since.

Related:
Game of Thrones: 5 Things That Will Likely Happen to Arya Stark in Season 7

However, we could look to the book for clues about the lost direwolf too. In the books, like Bran, Arya is revealed to be able to warg into animals and often has dreams where she sees through Nymeria's eyes after she lets her go. In fact, during one of those dreams, Nymeria finds Catelyn Stark's body and drags her out of a river, but runs away when she hears people coming. This is how Lady Stoneheart, aka resurrected Catelyn Stark, comes to be in the books. It seems unlikely that they would bring this plot into the show so late in the series, though. Sorry, Catelyn fans.

Of course, now that Arya is also in The Riverlands, our fingers are crossed for this reunion!

Grey's Anatomy
Meredith Grey Is Here to Stay! Grey's Anatomy Has Been Renewed For Season 18
by Grayson Gilcrease 1 hour ago

by Kate Schweitzer 39 minutes ago