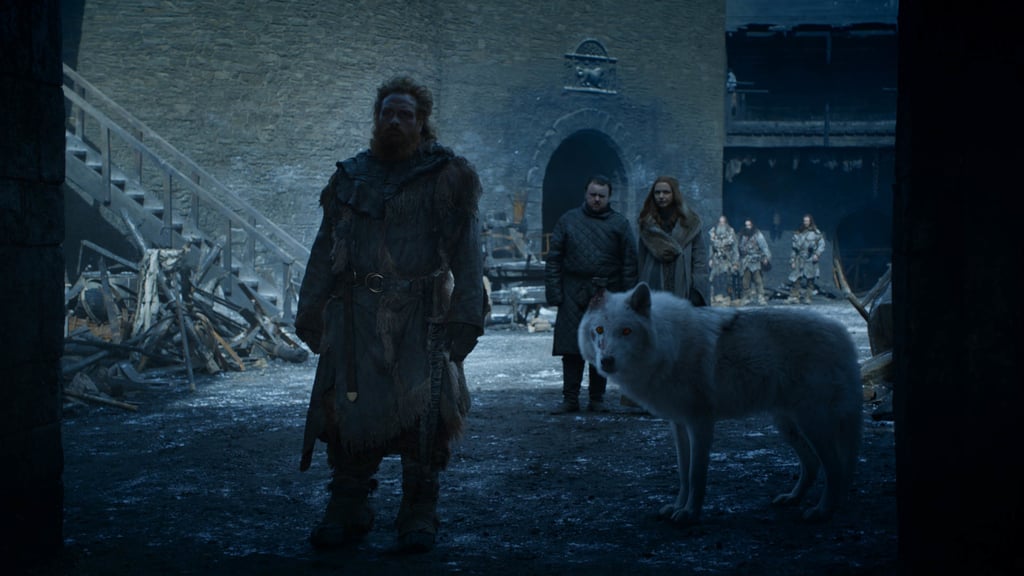 In case you weren't aware, direwolves are a vital part of the mythology on Game of Thrones. Introduced all the way back in season one, each of the six Stark children are granted a wolf pup to care for: Robb has Greywind, Sansa has Lady, Arya has Nymeria, Bran has Summer, Rickon has Shaggydog, and Jon Snow has Ghost. After that, each direwolf plays an important role in their Stark's life in various ways: they're protectors, allies, and potential vessels for warging. By Game of Thrones' final season, only two of the six wolves remain alive, but they all have a special place in our hearts. Keep reading for a thorough refresher on the last time we saw each direwolf, with or without their beloved Stark.

Related:
Game of Thrones: Here's Exactly How Many Starks Are Still Alive
Previous Next Start Slideshow
Game Of ThronesTV

Netflix
Netflix Bids Grand Army Goodbye After Just One Season, and We're Not Sure How to Feel
by Grayson Gilcrease 15 hours ago