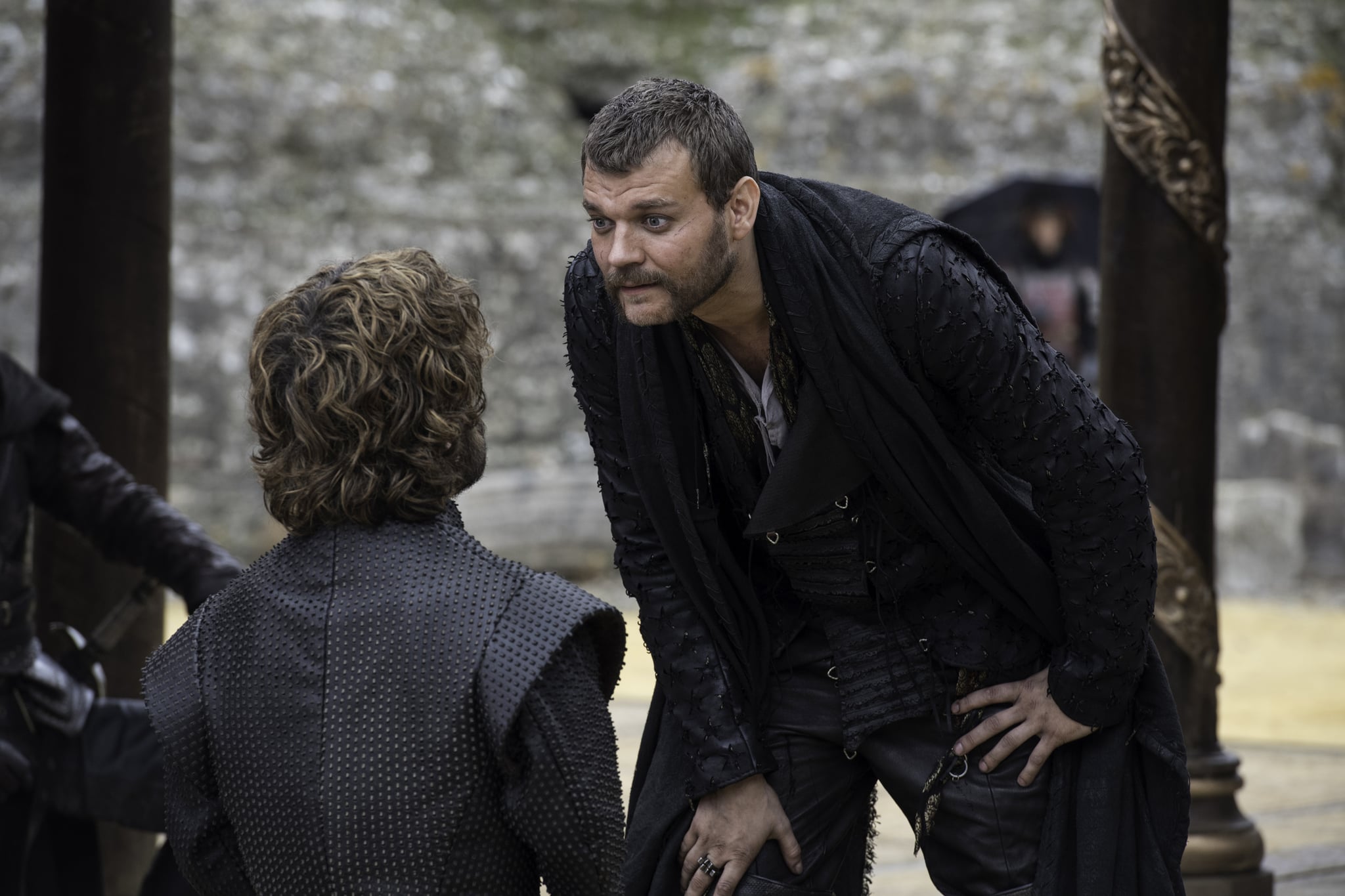 You probably already know this, but BIG SPOILERS for the Game of Thrones finale below!

The riveting season seven finale of Game of Thrones has its fair share of shocking moments — Littlefinger's bloody demise, the ice dragon in action, and the freakin' Wall coming down, to name a few — but let's not overlook one of the episode's funniest scenes, which comes courtesy of Euron Greyjoy.

After Jon Snow and Co. roll up to King's Landing with the wight in tow, their display of the zombie's abilities is enough to scare the living daylights out of both Cersei and Euron. While Cersei recovers and reacts to the situation with her trademark steely determination, Euron is basically like, "F*ck this, I'm out." The King of the Iron Islands asks Jon if the wights can swim, and after learning that they can't, he announces he's leaving King's Landing and taking his fleet back home where they'll be safe surrounded by water. Everyone is shocked, to say the least, especially his future bride, Cersei.

Later on in the episode, Cersei and Jaime have a tense chat where she reveals that she actually hatched a plan with Euron to fool Jon and Daenerys Targaryen into thinking he'd left her side. While everyone else assumes he's headed back to the Iron Islands, Euron is instead sailing to Essos to get the Lannisters more forces. And who might these soldiers be? The Golden Company, a sellsword company based in Essos who are known throughout the Free Cities for their skill and their loyalty (they have the reputation of never breaking a contract).

As you might recall from the beginning of season seven, Cersei pays off her debts to the Iron Bank and falls in their good graces. In turn, they grant her a loan to hire the Golden Company, which is made up of 20,000 men (and war elephants, apparently). It's obvious that with the mercenary organization's help, Cersei's plot to leave Jon and Daenerys's armies out in the cold (literally) while she bulks up protection in King's Landing now has a chance of succeeding.