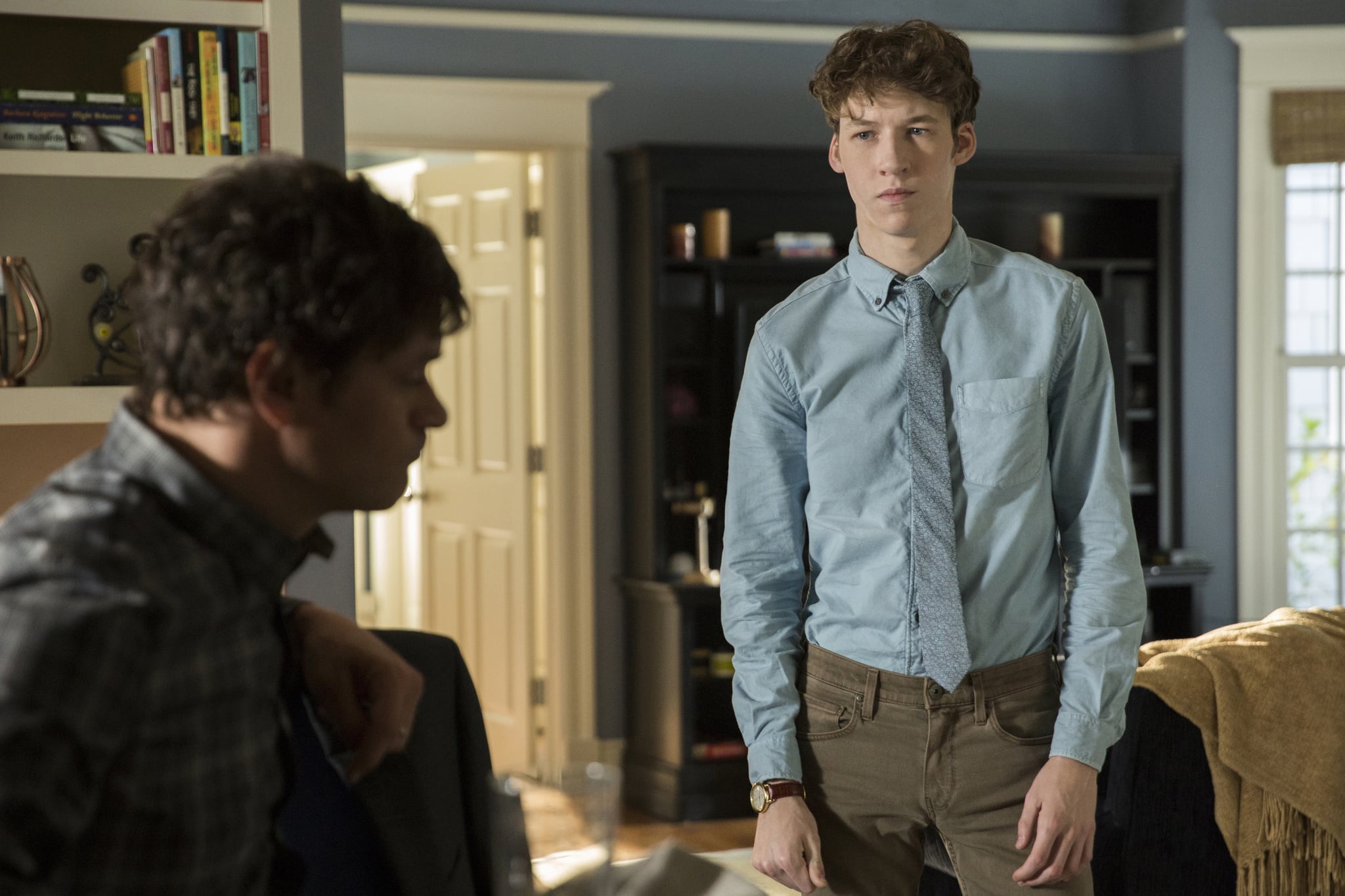 Warning: Major, major spoilers for 13 Reasons Why below.

If you've finished watching the second season of 13 Reasons Why, you know that Tyler Down faces a harrowing ordeal in the latter half of the season that motivates him to plan a shootout at Liberty High. But what you might not know is exactly how Tyler acquires those guns in the first place.

From what we can gather, Tyler obtains most of his weapons in the first season. Think back to "Tape 6, Side B" — that's the episode prior to the first season finale — several students receive deposition subpoenas, which puts Marcus Cole and Courtney Crimsen into panic mode. The pair pause in the main hallway of Liberty High to coordinate an offensive against the investigation when Tyler walks up and asks to join their efforts. Marcus and Courtney cruelly rebuff Tyler even though he threatens to expose their sins. To make matters worse, Montgomery de la Cruz swoops in with a little physical intimidation.

A few scenes later, we see Tyler walk down an alley and approach a young man wearing an apron. The guy refers to Tyler as Shutterbug1337, and we slowly realize the two only know each other from the internet. Tyler hands the man a wad of cash and gets a bundled item in return, at which point, the guy says, "That thing's got a kick. All right? You gotta use the right grip."

This is our first clue that Tyler collects his guns through a series of clandestine purchases. Of course, we aren't privy to anymore of these interactions, but in the season finale we learn Tyler has been persistent in his efforts. Prior to his deposition, we discover that Tyler has a trunk in his bedroom filled with guns, ammo, and pipe bombs.

The series doesn't provide any more information about Tyler's collection of weapons until the season two episode titled "The Drunk Slut." At that time, we're given a brief callback to that trunk of weapons during the scene in Cyrus's basement where he shows Tyler how to make detonators, presumably for the pipe bombs. Granted, those bombs don't make an appearance in the cache of weapons Tyler packs for the Spring Fling, but the collaboration hints at something sinister on the horizon.

Then near the end of season two's penultimate episode, we find Tyler sitting alone in his room in front of the trunk from season one. He's just fought with Cyrus and been reprimanded for the destruction of Walker Field. We can tell Tyler is reeling from the loss of his only friend because of the crossover voiceover from Justin Foley's trial testimony: "The thing we're all most afraid of is losing our friends, is being all alone."

Related:
Here's How Alex Survives a Bullet to the Head in 13 Reasons Why

This moment is important because it foreshadows the final episode, specifically Tyler's interaction with Clay Jensen outside the Spring Fling. That is to say, the trial quote clues us into the fact that Tyler needs a lifeline, someone to reach out to him before it's too late.

Fortunately for all the students at Liberty High, that's exactly what Clay does when he foolishly goes against the rational rules of active shooter training, steps in front of the gun, and places his palm on top of Tyler's. By extending a hand, Clay offers our troubled yearbook photographer a second chance at life. Here's hoping Tyler finds the peace he deserves.

Younger
Younger Is Back For Its Final Season, but 2 Big Characters Won't Be Along For the Ride
by Kelsie Gibson 17 hours ago

Game of Thrones
Could HBO Be Remaking That Disappointing Game of Thrones Finale? Fans Sure Hope So
by Grayson Gilcrease 23 hours ago