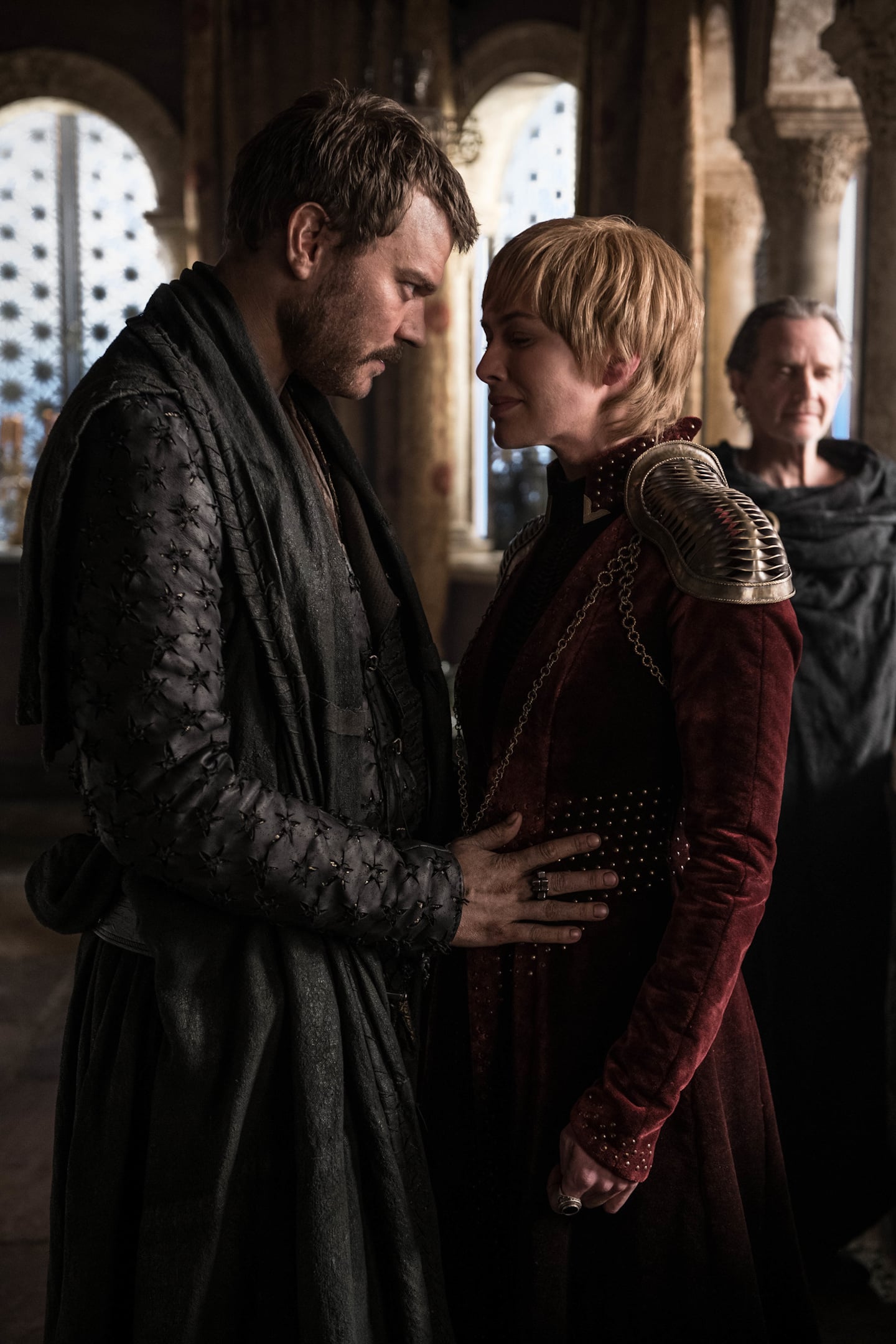 Sunday night's episode of Game of Thrones was pretty heavy on the relationship drama, and it looks like the tension surrounding one couple is about to get a whole lot more complicated in the show's final two episodes.

Following their sneak attack on Daenerys and her fleet, we see Cersei telling Euron that she's pregnant with his heir. Euron, of course, considers this to be pretty good news since his only ambition, according to all available evidence, is seizing power in Westeros. But, uh, this is pretty awkward for the fans who remember that Cersei actually tells Jaime that it's his baby she's carrying before he ditches her at the end of season seven. With this in mind, the question of who the real father of Cersei's baby is now appears to be a bit more complicated than we initially thought.

Since Jaime is the only person Cersei was sleeping with at one point (and the fact that she was still supposedly pregnant when he left her to head to Winterfell), it would make sense to assume that the unborn baby can only be her brother's. As far as we know, she declined Qyburn's offer to take care of her pregnancy for her when he first confirmed the news.

If this is the same pregnancy that Cersei learned about at the end of last season, it's possible that she could've forged a relationship with Euron to make it easier to get him and others to believe the baby is his, as she previously did with Robert Baratheon. If that's the case, then we can't say her reasoning doesn't make sense, as the people of Westeros are likely to be way more accepting of the queen giving birth to an heir that isn't the product of incest.

But as many fans have already pointed out, there's also evidence (small as it may be) that suggests Cersei isn't actually pregnant at the start of season eight. In the season premiere, she's seen enjoying a glass of wine shortly after getting together with Euron, something she refused to do with Tyrion when she first revealed the news to him last season. Because of that, one could also assume that she might have lost her baby somewhere in between the time that sees Jaime leaving her and Euron bringing the Iron Fleet back to King's Landing. If that happened, then she could obviously be pregnant again, this time with a baby that's actually Euron's.

In all honesty, though, Cersei could have just been drinking wine as a way give Euron no indication that she was actually pregnant at the time that they slept together, which shows just how committed she is to playing this game. But her plan now has a lot of potential to backfire thanks to Tyrion's very public mention of her pregnancy during his attempt to reason with her in last week's episode and also because Jaime is now presumably headed back to King's Landing.

Related:
The Ultimate Ranking of Game of Thrones Moms

As of right now, all of the evidence is suggesting that the father of this baby is definitely Jaime, but considering that this is Game of Thrones we're talking about, this show could definitely throw us for a loop — and with just two episodes left, we won't have to wait too much longer for that to happen.

Fall TV
Why Isn't Emilio Estevez in Season 2 of "The Mighty Ducks: Game Changers"?
by Lindsay Kimble 1 hour ago