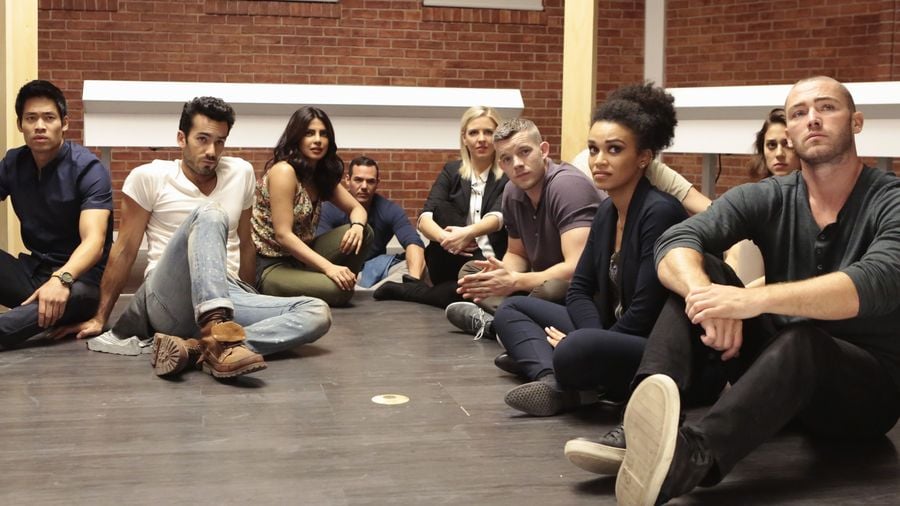 Quantico: Let's Get to the Bottom of This New Deadly Mystery

Trust no one. That's what we learned from the first season of Quantico, though at this point, I think we can probably trust Alex, Ryan, Shelby, and the Amin sisters. The central mystery of season two is just heating up, and we know very little about the new crime. The premiere shows that a terrorist group calling themselves the Citizens' Liberation Front have taken control of a central part of Manhattan. They want pardons for those who have been imprisoned for global security breach, and they're threatening to unleash a biological weapon if their demands aren't met. Oh, and they're about to behead the first lady. None of this is good, and I'm willing to bet that, as per season one, someone we've met is helping from the inside. Already, we know one of the failed National Clandestine Service recruits, Jeremy Miller (er, Paolo Silva), is in on it. The question is, who else?

Related:
6 New Characters You Need to Know About on Quantico Season 2
Previous Next Start Slideshow
QuanticoFall TVTV
Around The Web

Netflix
Oh Dear, It Appears We're Utterly Charmed by This Man's Spot-On Impressions of The Crown
by Karenna Meredith 12 hours ago