Warning: big, nightmarish spoilers for The Haunting of Hill House below!

I know I put a spoiler warning right above this, but let me just say, once more, that if you're about to give up on finding out who the dreaded Bent-Neck Lady is on Netflix's The Haunting of Hill House, don't. Seriously — don't. The big reveal of who she is solidifies what's so exceptional about this series: it seamlessly blends horror and tragedy in a way that few films in the genre have ever managed to previously accomplish. That being said, if you really, truly need to know (or you watched the show and just want to sort through your emotions with me), let's get to it.

Our first introduction to the Bent-Neck Lady comes in the series' first few episodes, which waste little time in freaking us out after the Crain family moves into the titular haunted home. Initially, the figure seems to be the figment of young Nell Crain's (Violet McGraw) overactive imagination, which her parents, Hugh (Henry Thomas) and Olivia (Carla Gugino), chalk up to the new environment. Nell is plagued with nightmares that cause her to scream loud enough that her parents go frantically running for her room, night after night. Each time, she tearfully explains that a dark spirit who she dubs the "Bent-Neck Lady" was hovering over her as she tried to sleep.

Related:
The Photos From Netflix's New Horror Series Will Chill You to the Bone

Although Nell's family doesn't believe her — save for her loyal twin, Luke — we, the audience, are very much aware of the Bent-Neck Lady's very real presence. (For the sake of my sanity, let's refer to her as BNL from now on, shall we?) The BNL seems to visit Nell only at night, has long, stringy hair, and wears a flowy black dress. We're never able to see her face, but we know that her neck is bent at a gruesome angle, suggesting she was hanged. Due to her appearance, she easily takes the cake as the character "Most Likely to Make You Overnight a Night Light" in the middle of your Haunting of Hill House binge. I speak from experience.

The series flashes back and forth to the Summer the Crains lived in Hill House and years later when they're all grown up. In adulthood, Nell (played by Victoria Pedretti) is still haunted by visions of the spirit, even though it's been a decade since she stepped foot in her former home. In adulthood, her experiences with the BNL seem more like night terrors — she wakes up covered in sweat, feeling completely paralyzed. It gets to the point where she decides to seek help from sleep experts, which is where she meets Arthur (Jordane Christie). 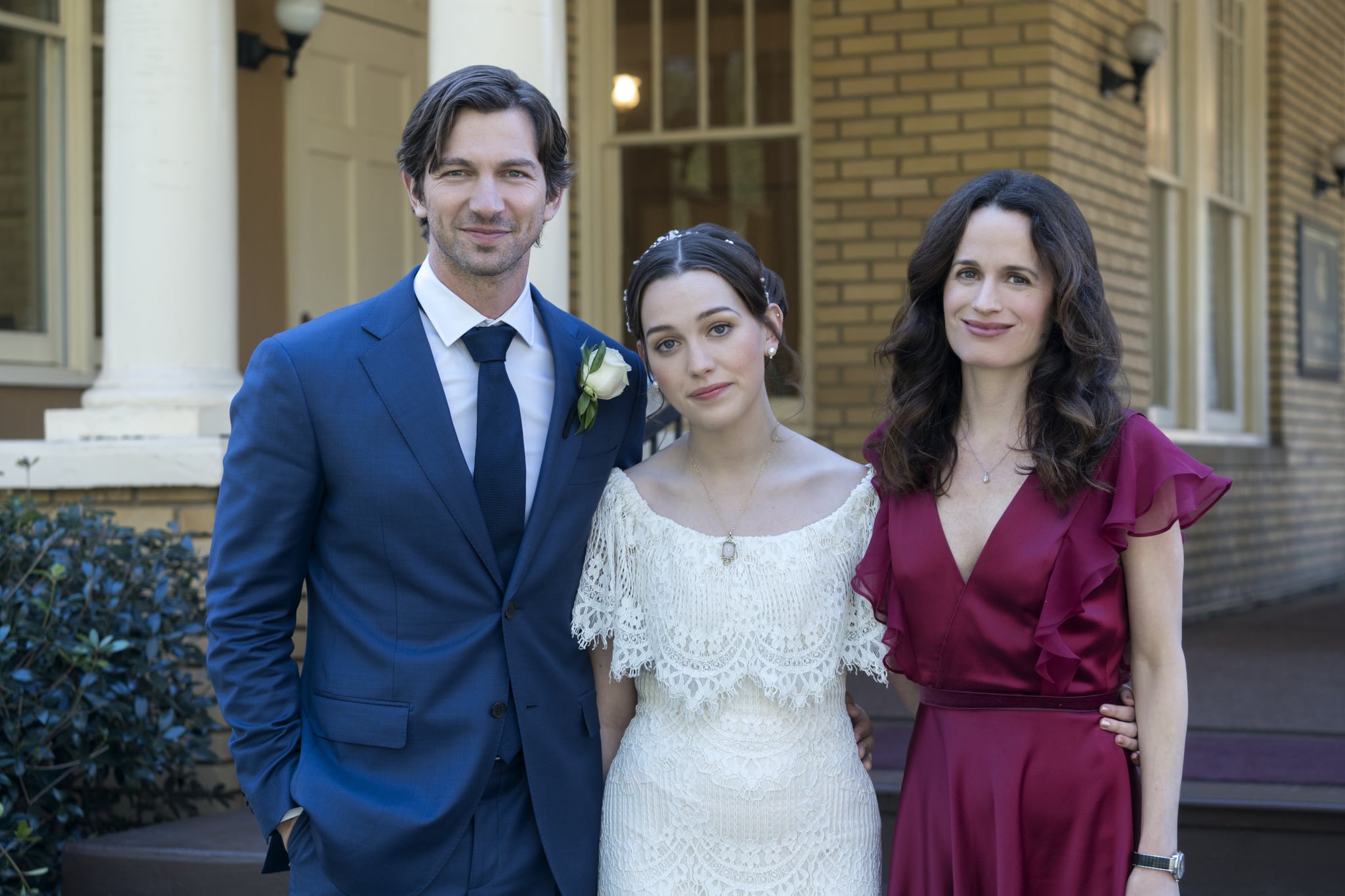 Nell and Arthur get married, and miraculously, her visions of the BNL cease entirely. For once it seems things are truly going Nell's way. Not long after tying the knot, however, Nell wakes up in the same paralyzed state she used to and sees the BNL hovering in their bedroom. Arthur also awakens when he hears Nell's panicked breathing and gets up to turn on the light and try to soothe her. But when he's halfway across the room — i.e., next to the BNL, who he can't actually see — his neck turns at a horrifying angle and he collapses to the floor, dead. Nell crawls to his lifeless body, sobbing. His official cause of death is ruled as an aneurysm.

The loss of Arthur sends Nell into a total tailspin, and she starts seeing the BNL more frequently (including one particularly terrifying moment in a motel hallway). Finally, her mental health takes a dangerous nosedive that leads her to go back to Hill House. As soon as she enters, she sees the ghosts of her dead mother, Olivia, and her late husband. Nell, not entirely aware of what's going on because of the visions the house is causing her to see, follows her ghost mom up a high staircase. Once there, she's tricked into putting a noose around her neck and Olivia pushes her own daughter off the staircase, where she is hanged to death. Bam — the Bent-Neck Lady is born.

When Nell falls to her death, time gets hazy, and we see her broken form crash through multiple scenes in the past; she drops into her childhood bedroom and scares her younger self, she falls into the bedroom where Arthur died, the motel . . . you get the idea. Nell has been the Bent-Neck Lady all along.

Even though we know it's Nell from that point on, seeing her in the form of the BNL is still absolutely horrifying, especially because Nell is the show's sweetest, most kindhearted character. Watching her manipulated into being Hill House's most unfortunate permanent guest is nothing short of tragic. Thus far, The Haunting of Hill House has been billed as a limited series, but if it does return for season two, hopefully there's justice for Nell.