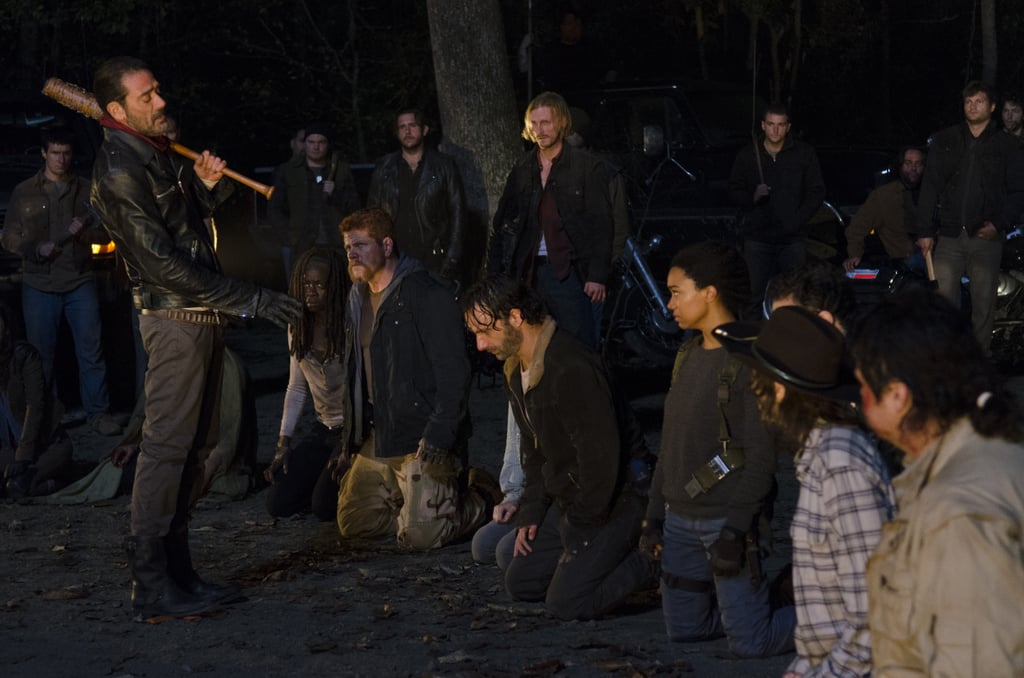 A Comprehensive Roundup of Every Character Negan May Have Killed on The Walking Dead, and Why

Spoilers ahead! So, so many spoilers.

Coming off of The Walking Dead's divisive sixth season finale, most fans were left (angrily) wondering who Negan killed in that doozy of a cliffhanger in the final seconds of the episode. Although there have been plenty of theories speculating about who it could be (and fans are well aware that it's Glenn who receives Negan's killing blows in the comics), the creators of the show purposefully kept the identity of the victim extremely vague.

In an effort to continue to drum up theories, AMC released footage from the season seven premiere at New York Comic-Con showing Rick and Negan having a tense conversation directly after he bludgeons someone to death. There are a few big clues in it, helping to further narrow down who the victim might be. To clear things up further, we've rounded up all the characters who were in the showdown with Negan and could have possibly died at his hands, ranked from least dead to most dead. See them all below, and check out everything we know about season seven so far.