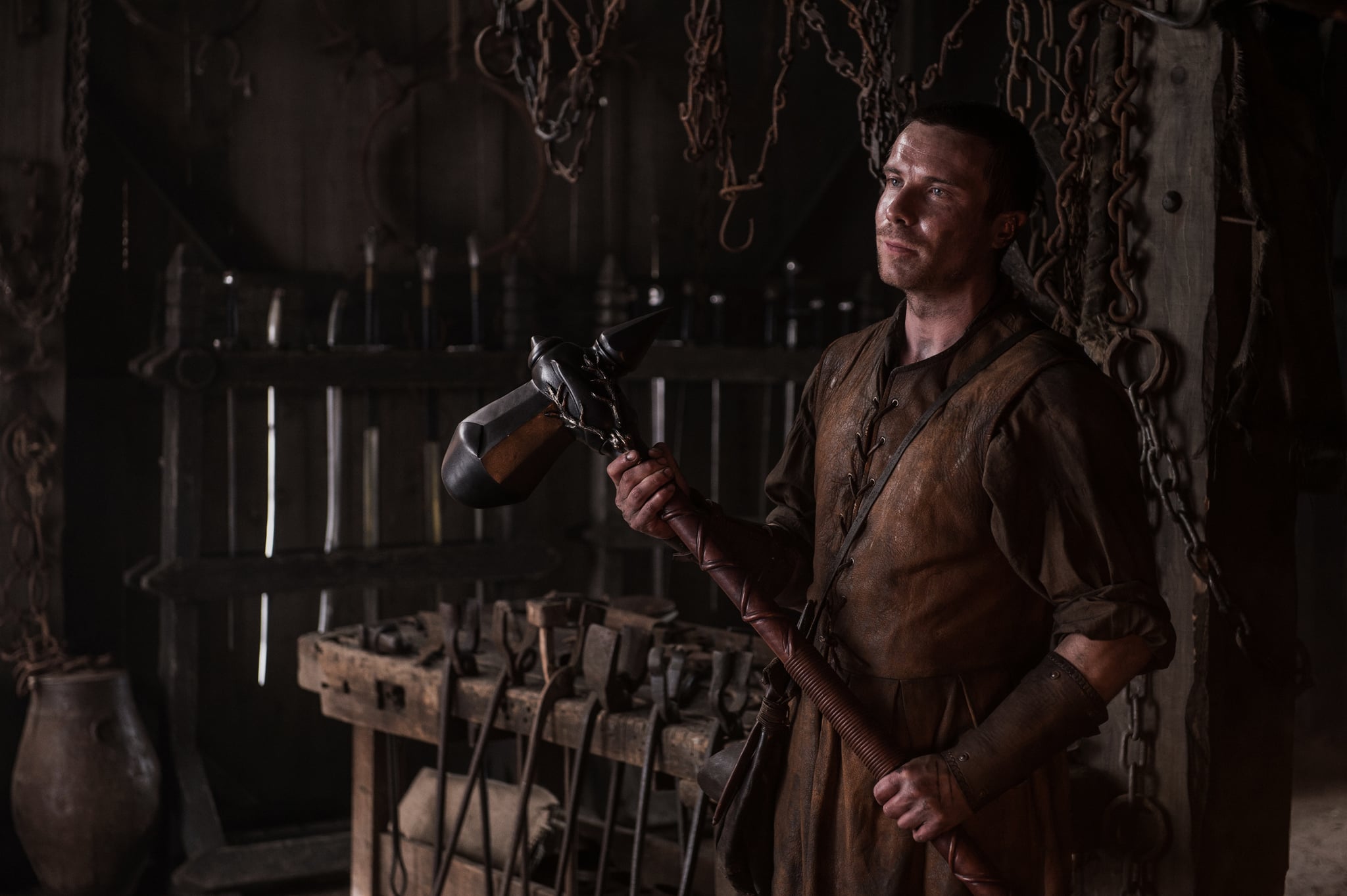 After Gendry made his epic return to Game of Thrones in season seven's fifth episode, "Eastwatch," his surprise reappearance was met with a wave of (very thirsty) celebration and the blossoming of an exciting new bromance. Although he could easily have been brought back merely to be eye candy (we'd be fine with that, honestly), it's already becoming clear that everybody's favorite blacksmith has a much bigger part to play in the grand scheme of things.

Not only will Gendry be an integral part of helping take down the White Walkers because he can forge weapons from all of that dragonglass, but a recent theory suggests that his claim to the Iron Throne might be much more solid than we initially thought. While it's already common knowledge that Gendry is the late Robert Baratheon's bastard, the identity of his mother has remained under wraps. According to Reddit user roniza, however, Gendry's mother might have been hiding in plain sight all along.

If their theory is to be believed, Gendry's mother is none other than . . .

As roniza points out, there's a scene back in an earlier episode when Cersei is telling Catelyn Stark about the baby she lost with King Robert, one who was "black-haired." In a later episode, Ned discovers that before Jon Arryn died, he spoke to Gendry about his mother and Gendry said the only thing he remembered about her before she passed away was that she was blond. You know who has dark, almost-black hair? Gendry. You know who has blond hair? Cersei. Interesting, but not a lot to go off of, right? Especially when you take the prophecy about Cersei's children into account.

Still, while hair color alone does not a theory make, it wouldn't surprise us if Cersei faked the death of her baby with Robert and sent the child away so that the heir to the Iron Throne would be a child with Jaime's DNA, instead (Joffrey comes along not long after). Since we know Cersei and Gendry are going to come face to face in the season seven finale, maybe they'll share a glance that will hint at a shared connection between the two. If she is his mom, though, that will be quite the curveball for season eight, since there are already enough people competing for the Iron Throne as it is.

Netflix
Never Have I Ever . . . Wanted to Be More Like Devi Vishwakumar
by Navi Ahluwalia 47 minutes ago