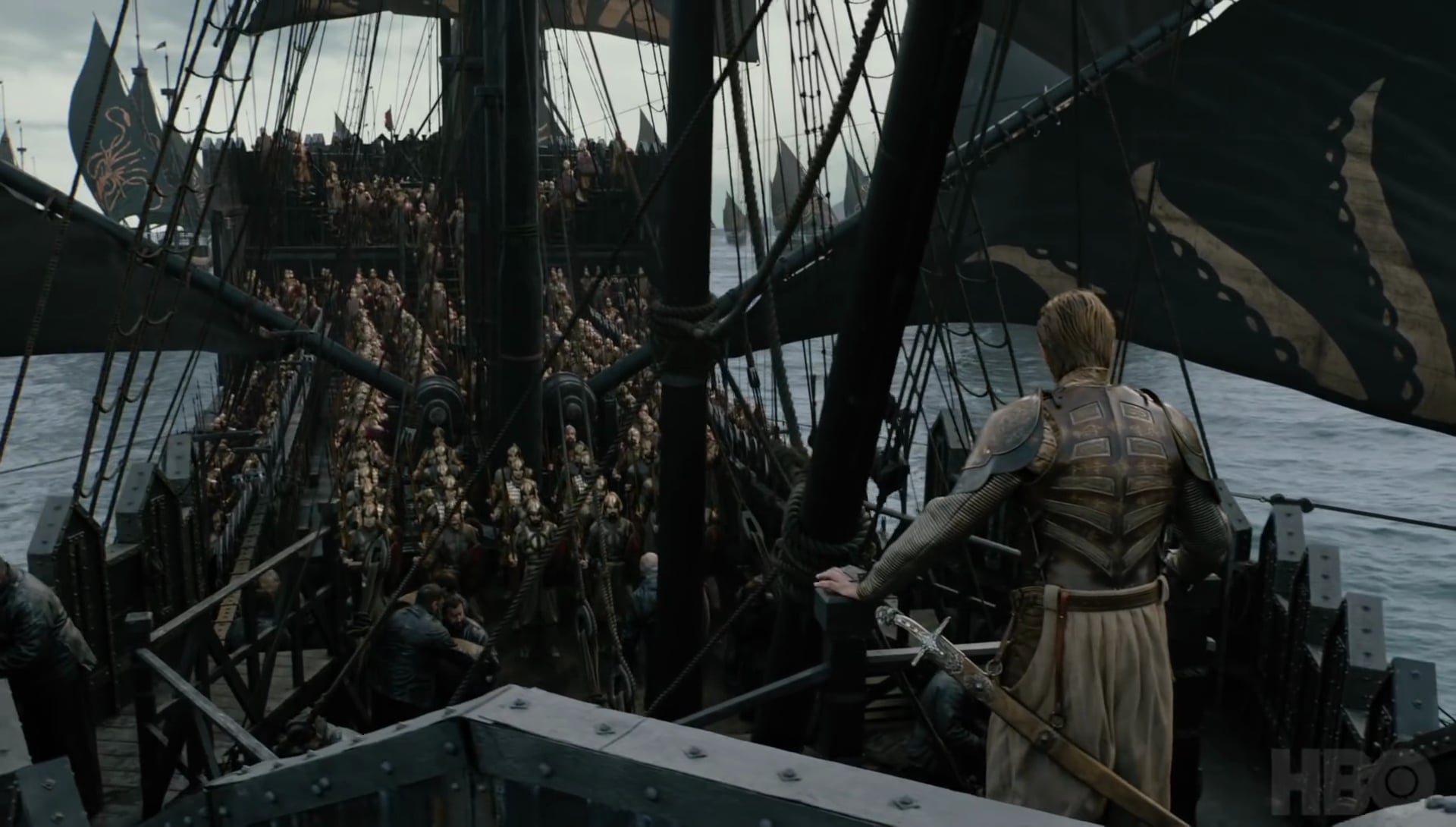 As we enter the eighth and final season of Game of Thrones, there are fewer and fewer new characters being introduced. The previously massive cast has been whittled back over the years, thanks to the show's notoriously shocking deaths, and the upcoming final epic battle will focus on the major characters whose stories are finally coming to an end. Nevertheless, there's at least one new character set to appear in the final season, and he could potentially tip the balance of power to determine the fate of Westeros and who will sit on the Iron Throne.

In the A Song of Ice and Fire novels, Harry Strickland is the leader of the Golden Company, an army of mercenaries for hire who was first mentioned at the end of the seventh season. Euron Greyjoy, one of the last remaining powerful allies to Cersei Lannister and her cause, set out to Essos to summon the Golden Company to increase the numbers in the Lannister ranks before the upcoming battles against the White Walkers and, presumably, against the combined forces of the Targaryens and Starks.

Way back in 2017, Vanity Fair confirmed that German actor Marc Rissmann had been cast as Strickland. The news came as a surprise to fans of the novels, since Strickland is described as a middle-aged, portly, balding man and Rissmann is, well, none of the above. Rissmann is already a vet of epic TV series: he's costarred on The Last Kingdom, Into the Badlands, and The Man in the High Castle.

Strickland is not seen clearly in the full-length trailer for the final season, but there's a moment in the trailer that appears to be of the Golden Company: a ship's deck packed with soldiers in formal, perfectly aligned formations, with a single figure — whose back is to the camera — standing above them, apparently their leader. In the background, the ship's flag can be seen bearing the kraken sigil of House Greyjoy, which all but confirms that the soldiers seen on board are, in fact, the Golden Company, brought to Westeros by Euron Greyjoy.

Although they're brought into the final battle by Greyjoy to fight on the side of the Lannisters, there's a possibility that they'll turn the tables. In the novels, it's clarified that the Golden Company was founded by Blackfyres — that is, semilegitimized Targaryen bastards. Strickland himself is a Blackfyre, meaning he shares a distant family connection with the Targaryens, who he's been hired to fight against. If their television counterparts share that backstory, is it possible that Strickland and his men will switch sides and swear loyalty to their long-ago related house? Only time will tell, and it won't be long now before we have the answers: the final season of Game of Thrones premieres on HBO and its related streaming services on April 14.