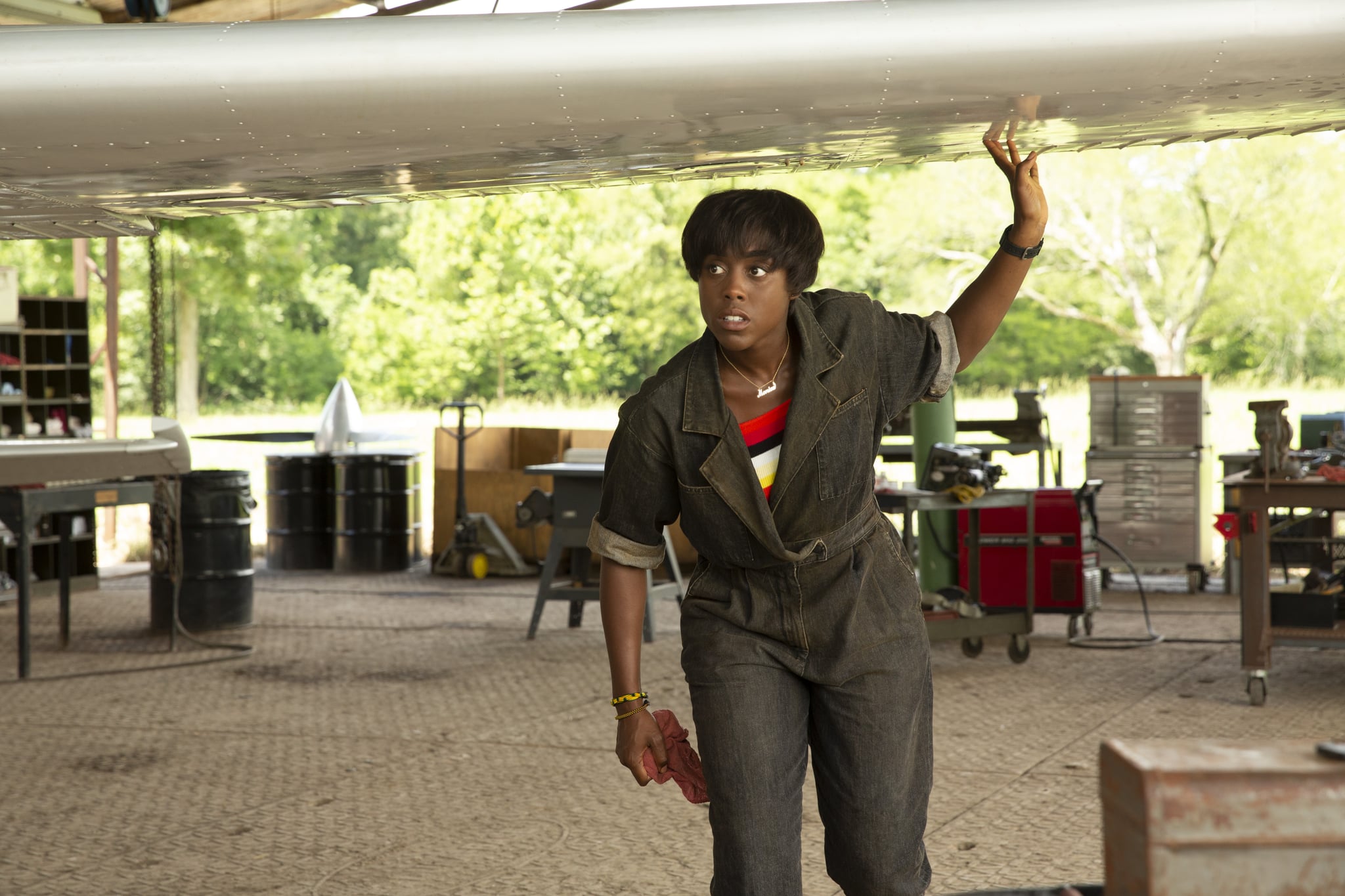 One thing we can't help but love about Marvel films is how often they drop Easter eggs for us to enjoy. While Captain Marvel is sure to have more than we can count (just kidding, there will be plenty of Easter egg roundups in your future), one especially delicious aspect of the movie is the presence of the first woman to hold the Captain Marvel mantle: Monica Rambeau.

Before you wonder if I'm getting my Marvels and Mar-Vells confused, let me explain a few things. Yes, in the comics, the original Captain Marvel was a man, but after Marvel trademarked the name, it wanted to give it to another character. That character was Monica Rambeau, a lieutenant in the New Orleans harbor patrol who gained the ability to convert her body to energy after exposure to extra-dimensional energies. Monica went on to become the first Black female member of the Avengers and eventually replaced the Wasp as their leader. She also gave up the Captain Marvel name to Genis-Vell, the son of the original Captain Marvel, out of respect for her predecessor.

Monica would go on to use several other names, most recently Spectrum, but she'll always be the first woman in the comics to wear the Captain Marvel mantle. Now, in the Marvel Cinematic Universe, things have gone a little differently. Carol Danvers — who was originally Ms. Marvel in the comics — adopts the moniker for the film, and Monica makes her first-ever cinematic appearance as the 11-year-old daughter of fighter pilot Maria Rambeau.

Maria is not only the very best friend of the MCU's Captain Marvel, but she's also the key to the Kree-human hybrid remembering her past. When Carol returns to Earth after six years of fighting in the Skrull-Kree war and wants to find answers to the missing pieces in her memory, she finds Maria and Monica (portrayed by Akira Akbar), two women who represent her past and future, respectively. Maria helps Carol regain the memories of her life, and Monica represents what Carol could have in the future: a protégé. As we see in the film, Monica is unsurprisingly fascinated with her "Aunt Carol" and her amazing abilities. Considering their relationship, it isn't far-fetched to believe that Marvel could find a way to bring Monica further into the Avengers fold, especially under the tutelage of such a close family friend. Particularly since Avengers: Endgame is on the horizon, and with it comes the dawn of Marvel's mysterious Phase Four.

Not much is known about Phase Four at the moment, but we do know that it will feature films like Spiderman: Far From Home, Black Panther 2, and the Black Widow solo movie. We also know we'll be saying goodbye to some OG Avengers, so there's definitely room for Marvel to introduce new heroes.

Considering the timeline, Monica would be right around the perfect age to don a suit and start kicking ass, whether with the Avengers themselves or with the Young Avengers. It would be awesome to see her join a crew after being inspired by her Aunt Carol; and since her old name is taken, she can use her other alias, Photon (which just so happens to be Maria's pilot nickname in Captain Marvel).

Honestly, the possibilities are endless! Here's hoping we get to see more of the legendary Monica Rambeau, especially in the (inevitable) Captain Marvel sequel.

Johnny Depp
Johnny Depp to Direct "Modigliani" Biopic, His First Return Behind the Camera in 25 Years
by Njera Perkins 21 hours ago