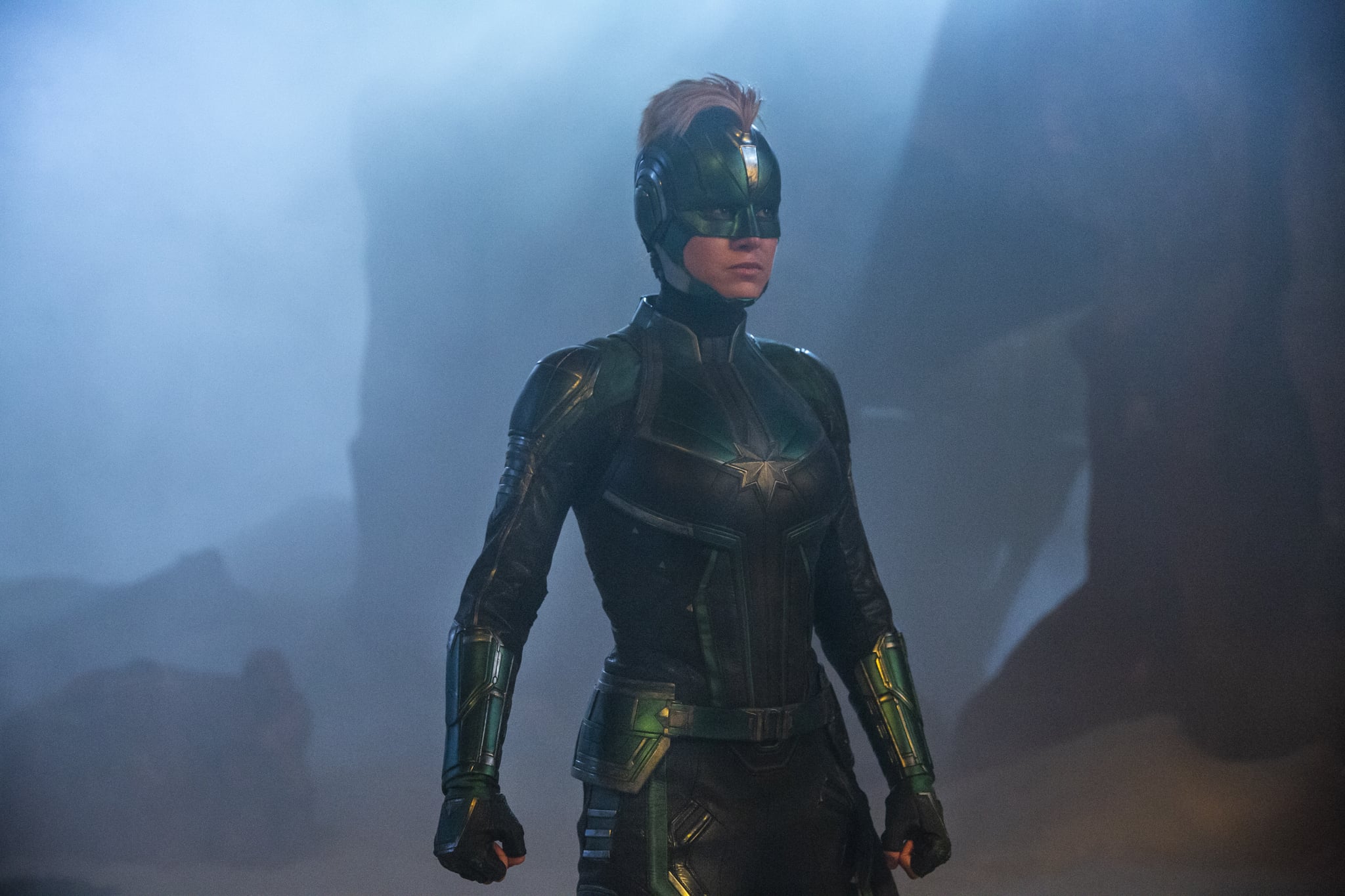 Marvel has a ton of new projects in store, including the much-anticipated Captain Marvel 2. In April 2020, Disney announced that the film would be released on July 8, 2022, but the release date has since been pushed back to Nov. 11, 2022. We've been Team Carol Danvers ever since Nick Fury made that urgent call in the postcredits scene of Avengers: Infinity War that ended with Captain Marvel's insignia flashing across our screens. Following the release of Captain Marvel, we finally got to learn her story. Now we want to know what comes next!

We already know Captain Marvel is an essential part of paving the way to the MCU's Phase Four, which will also feature films like Spiderman: Far From Home, Black Panther 2, and the Black Widow solo movie. As The Hollywood Reporter noted, actress Brie Larson has signed a seven-picture deal that "locks her into multiple franchises," which means she's bound to appear in Avengers movies that aren't just her own standalone films.

That said, there wasn't much doubt that Disney would launch a sequel to the standalone films. As much as Captain Marvel strays from the standard origin formula, it's still an introduction to a new Marvel hero. Carol's entire journey in Captain Marvel deals with her remembering who she truly is and discovering the full extent of her powers, which means there is still so much territory to cover in future films. While the movie doesn't exactly have an open ending, it does end on a note that could segue into a follow-up.

After Carol gets her memory back, she realizes that Yon-Rogg (Jude Law) and the Kree are actually the villains of the whole situation. Back in 1989, Yon-Rogg killed Mar-Vell (whose face Supreme Intelligence has been wearing) to stop her from helping the shapeshifting Skrulls develop light-speed tech that would aid them in finding a new home. The device just happens to use the Tesseract (seriously, does Asgard ever keep ahold of that thing?), which gives Carol her powers when she tries to destroy it. It also happens to take away her memories, so Yon-Rogg is able to steal her away and make her think the Skrulls are in the wrong for six years.

Carol later realizes that Yon-Rogg and Supreme Intelligence have been suppressing her full powers and unleashes them, defeating the two, as well as Ronan the Accuser, the Kree extremist that Yon-Rogg calls upon to destroy Earth. But Carol's work is far from over. She tells Nick Fury to watch over Goose (the Flerken who looks like a cat and also managed to swallow the Tesseract) and gives him that special pager to call her in case of emergencies. Carol explains that she's going back into space to end the Kree war against the Skrulls and to help find a new planet for the latter. Which, hello, plot for the sequel!

Related:
The Captain Marvel Soundtrack Is Packed With '90s Throwbacks

Obviously, the last time we saw Carol was in Endgame. The first postcredits scene in Captain Marvel has her showing up at the Avengers compound, much to the shock of Captain America, Black Widow, and the Hulk. But since Endgame took place almost 30 years into her future, the Captain Marvel sequel could focus on any of Carol's adventures before then. Does she ever actually end the Kree-Skrull war? We known Ronan manages to escape her clutches long enough to get tangled up with Thanos and is eventually killed by the Guardians of the Galaxy, but what about Yon-Rogg?

Also, does she ever head back to Earth to hang with Maria, Goose, and Fury, making fun of all of Fury's outdated (but actually current for the time) tech? There are so many questions we need answers to! Luckily, we're pretty sure Marvel already knows that it'll need to give us more of Captain Marvel in the future. The only question, really, is how much more can we get of Goose?!