Forget the Night's King, the White Walkers, and the wights; one of the biggest threats to our precious Game of Thrones characters is the Sons of the Harpy. They make their first appearance on the season five premiere, slaying a member of the Unsullied who just wants to get his cuddle on with a prostitute. That's just the beginning. They go on to launch two full-scale attacks, murder Ser Barristan, and wound Grey Worm severely. They nearly kill Daenerys at the fighting pits before she escapes on Drogon, and on the season six premiere, we see that they set the city on fire in her absence. The masked men have it out for Daenerys, but why? And who are they? Time for a Game of Thrones investigation. 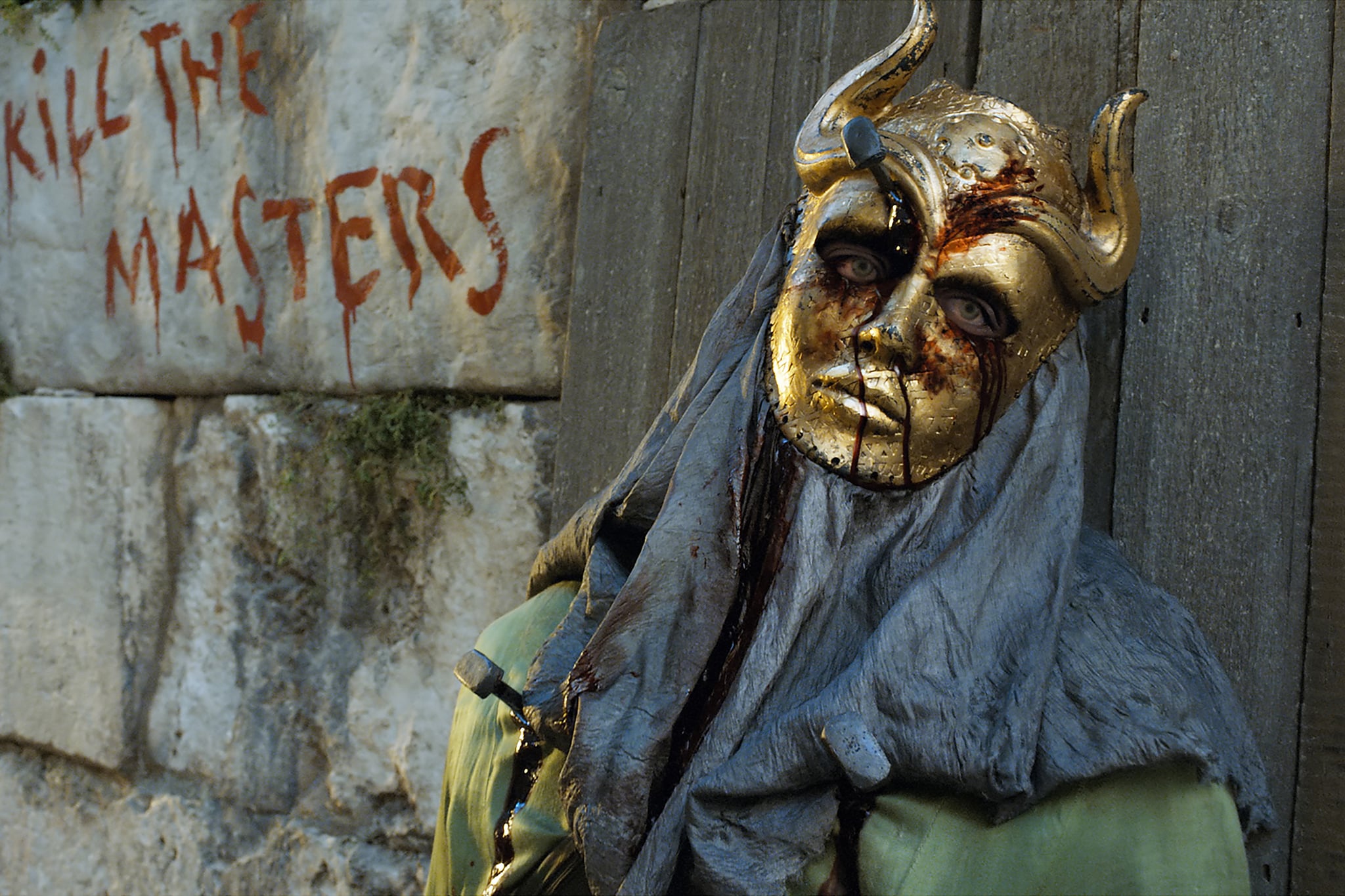 From what we know based on the TV show (not the books), the Sons of the Harpy are a radical underground group comprised of former slave-holders from the largest house in Meereen. The harpy, a mythological creature with the head and torso of a woman and the wings, tail, and legs of a bird, is a traditional symbol of slave masters in Slaver's Bay (the region in which Meereen is located), which is why the group has adopted the harpy mask as their disguise. Though there is a leader of the Sons of the Harpy in the book (referred to as The Harpy), a leader hasn't been introduced in the show yet — if there even is one.

What Do They Want?

They want their city back! They don't like the way Daenerys has come in and disrupted their entire way of life, freeing their slaves and taking away the great power they once had over Meereen. They're banding together to topple the empire that Daenerys is building for herself and restore the old way of life, which includes slavery.

How Can Daenerys Stop Them?

The Sons of the Harpy are a force to be reckoned with, as witnessed by their surprise attack at the fighting pit and the way they have taken over Meereen. The group is huge, and if it weren't for Drogon's return, Daenerys would almost certainly be dead. This might be a turning point for Daenerys, who has thus far tried to maintain order the old-fashioned way — by crucifying the former masters. She has avoided using her dragons to keep citizens in line, even locking them away when they accidentally scorched a small child. Now, she may be realizing that she needs to bring them back out to defeat the growing army of the Sons of the Harpy. The only question is, will she find her way back to Meereen?