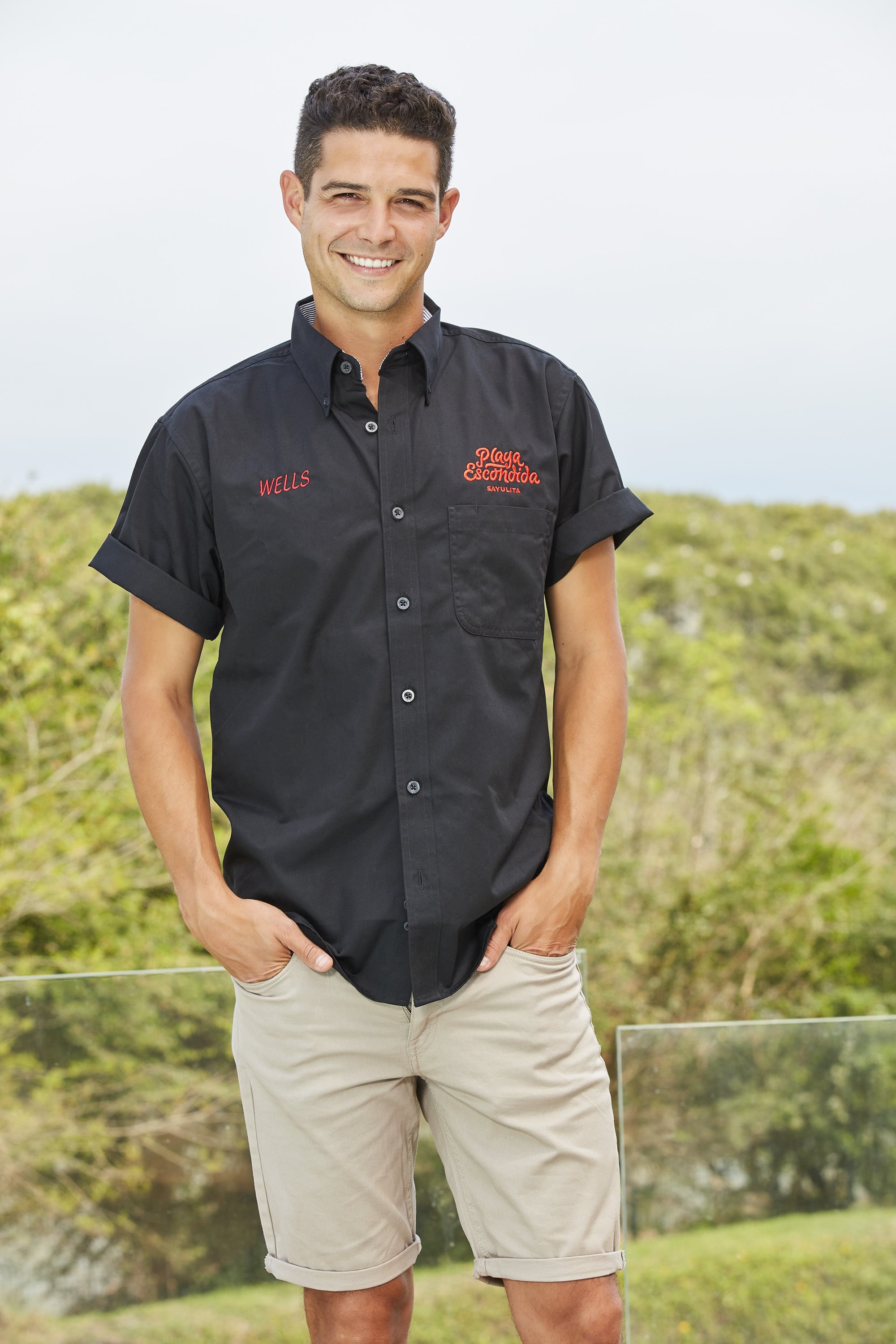 To Bachelor Nation (or fans of Modern Family's Sarah Hyland), Wells Adams, the bartender on Bachelor in Paradise, is a familiar face, but if you're just joining us, welcome! This is one guy you'll want to know. Some would say that Wells has the most important job on the show — making drinks and serving as a pseudo therapist to some of the contestants — but how did he get here?

What Season of The Bachelorette Was Wells Adams In?

Wells first came on the reality TV screen on season 12 of The Bachelorette. Although JoJo Fletcher wasn't his match, he won over fans with his sweet personality and headed to Paradise for season three. He had a connection with Danielle Maltby (from Nick Viall's season of The Bachelor), but it ultimately didn't work out.

How Long Has Wells Adams Been the Bartender on Bachelor in Paradise?

During the first three seasons of BIP, the beloved Jorge (who now owns his own tour company) was the bartender. However, when Jorge decided to leave, Wells slid into the position for season four. The Bachelor Winter Game's Yuki Kimura joined him behind the bar for season five, but he's back again for season six riding solo.

What Does Wells Adams Do When He Is Not Bartending on Bachelor in Paradise?

Wells entered The Bachelorette as a radio DJ. Since then, he's launched a podcast called Your Favorite Thing Podcast with Brandi Cyrus, and another one called Pratt Cast with Stephanie Pratt from The Hills and The Hills: New Beginnings. What can we say? The guy loves to talk!

Who Is Wells Adams Dating?

When Wells isn't busy interviewing celebrities and fellow Bachelor franchise contestants for a living, he's spending time with his fiancée, Sarah Hyland, an actress on Modern Family. The two began dating in 2017 and their relationship looks nothing short of a fairy tale. Looks like Wells didn't need the Bachelor franchise after all! The 35-year-old popped the question on a beach and said that the wedding will be "gigantic." We can only hope that cameras will give us a front-row view of it.

Although the hopefuls trying to find love in Paradise change from season to season, at least we can count on Chris Harrison stirring things up and Wells making the drinks!