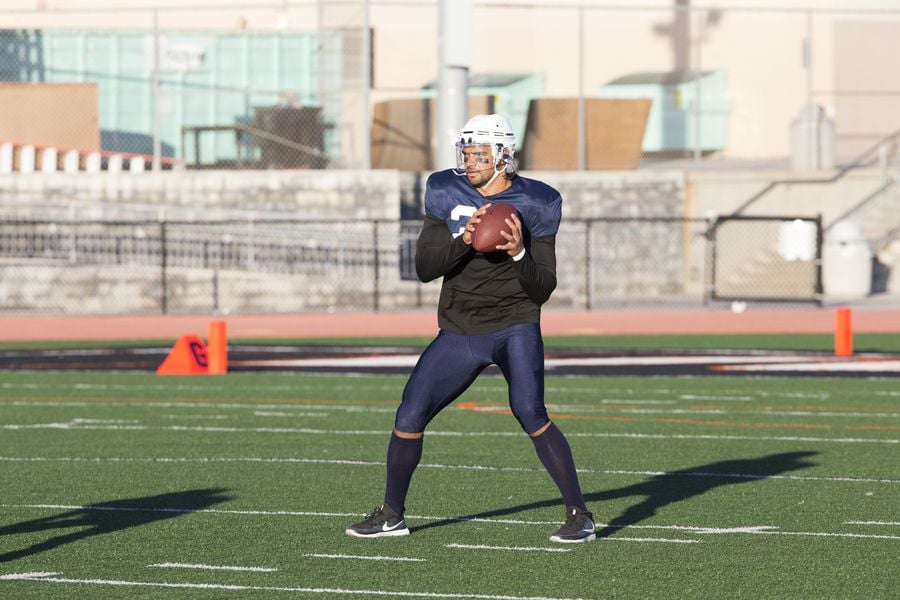 Even if you're not a big sports buff, it was hard not to root for pro footballer Clay Harbor during his time on The Bachelorette. Spoiler alert: his departure on the June 11 episode left Becca, and fans, in tears. Clay proved to be a stand-up gentleman from the start — it's simply unfair! Here's what we can tell you about his exit.

Clay was totally in his element playing football — a group date tailor-made for him — while Becca and a crowd watched. Toward the end of the game, Clay clinched a touchdown for his team but was immediately on the ground with a noticeable injury. As it turns out, Clay hurt his wrist badly enough to have to leave and go to the hospital.

While he returned later in the episode, he told Becca that he had to leave to care for his wrist, which needed immediate surgery. She was visibly upset but understood that his family (and future wife, whoever that may be) depends on him to earn a paycheck by playing football.

It was a sad departure, and one Bachelor Nation won't soon forget.

I want to thank everyone for the love and support! Definitely the hardest decision I’ve ever made but I believe everything happens for a reason. I am working hard to get back on the field and turn this negative into a positive.

I have to thank the whole @BacheloretteABC family for an amazing experience in hindsight I don't regret my decision to come on and would gladly give my wrist for a chance at love.

That being said the show was filmed months ago and after a tough rehab I am finally ready to play some football. I look forward to finding a team and seeing you all on NFL Sunday's. Thanks for all thoughts and prayers!

Perhaps we'll see him on Bachelor in Paradise?