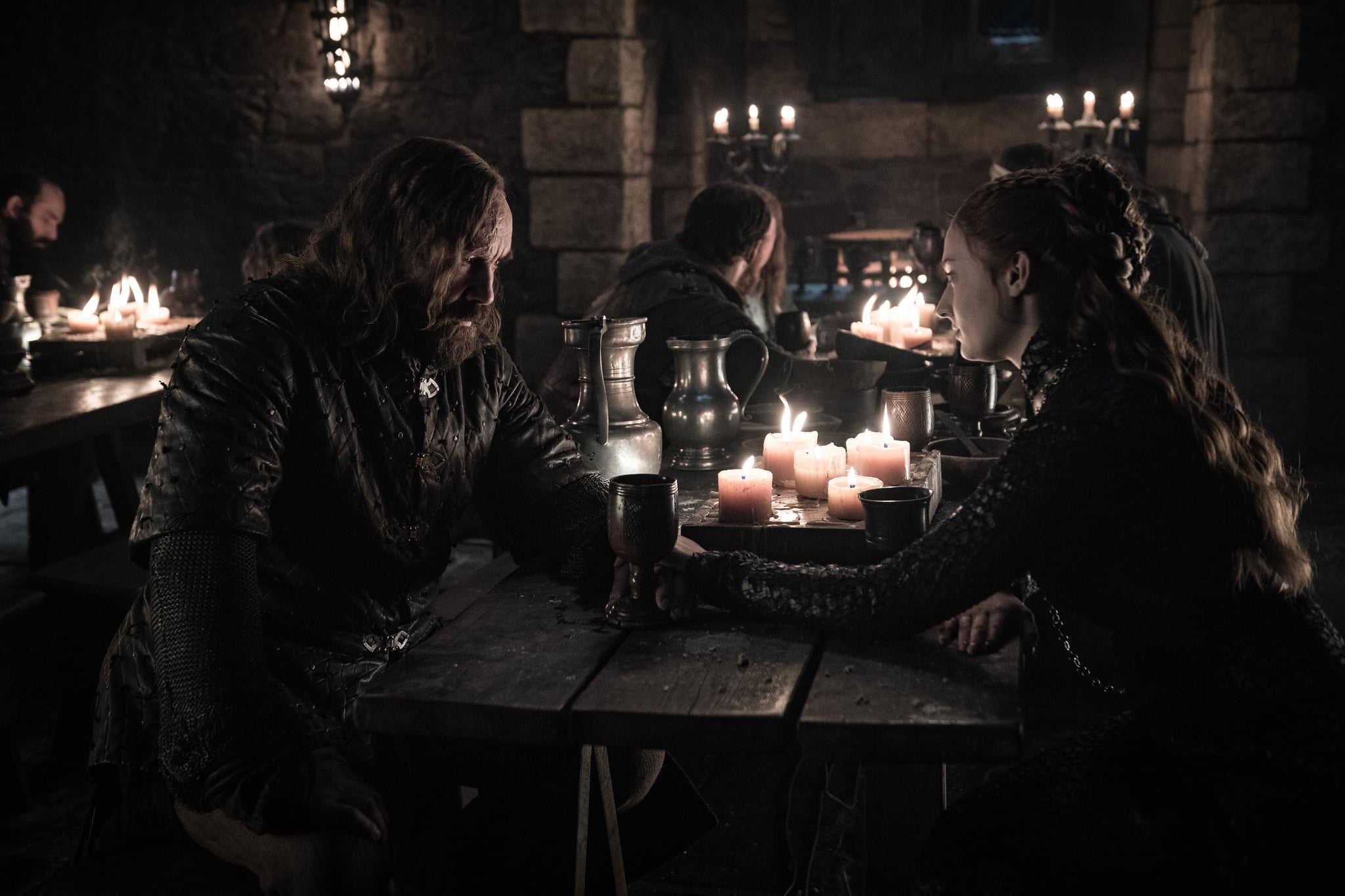 The history shared between Sansa Stark and Sandor Clegane, aka the Hound, is a complicated one that stretches back years on Game of Thrones. The pair hadn't met for several seasons, until they finally share a scene again in the fourth episode of the final season, "The Last of the Starks." In referencing Sansa's past, the Hound calls her "little bird." It's a nickname that Sansa has heard before, from more than one place.

In her early days as Joffrey's fiancée in King's Landing, Sansa is often referred to with different kinds of bird imagery. Cersei calls her "little dove" in the days when she's pretending kindness towards Sansa; it's used as a term of endearment, but one that's a little bit condescending, too. The Hound, at the time, is Joffrey's personal bodyguard, and although he doesn't intervene much when Joffrey abuses Sansa, he appears uncomfortable with it and does, at one point, rescue Sansa from an angry crowd.

The Hound gives Sansa his own variation on Cersei's nickname in the season two episode "Blackwater." In the episode, he abandons his loyalty to the Lannisters with disgust and gets out of King's Landing. Before he leaves, he tracks down Sansa and offers to get her out and take her back to Winterfell. She rejects his offer and, when he gets angry, tells him defiantly that he won't hurt her.

"No, little bird. I won't hurt you," he says, before walking away. In that moment, it's almost an expression of fondness or admiration. He's just finished telling Sansa that "the world is built by killers," seemingly lumping himself in with them, and yet her reaction shows that she still believes that he won't hurt her, showing her faith in the decency of people. Unlike Cersei, whose version of "little bird" seems to position Sansa as a pretty little bird in a cage, the Hound's seems to begrudgingly respect her innocence in the face of horrors. When he sees her again as an adult woman and Lady of Winterfell, she's not a "little bird" anymore, but a full-fledged wolf of the North, and although their conversation has some troubling implications, there can be no doubt that Sansa is certainly no "little bird" these days.

Netflix
Too Hot to Handle's Desiree Burch Promises Season 2 Is a Wild Ride: "The DTF-ness Is at 11"
by Monica Sisavat 14 minutes ago

Josh Gad
10 Points For Gaston! Here's What We Know About the Beauty and the Beast Prequel Series
by Grayson Gilcrease 6 hours ago