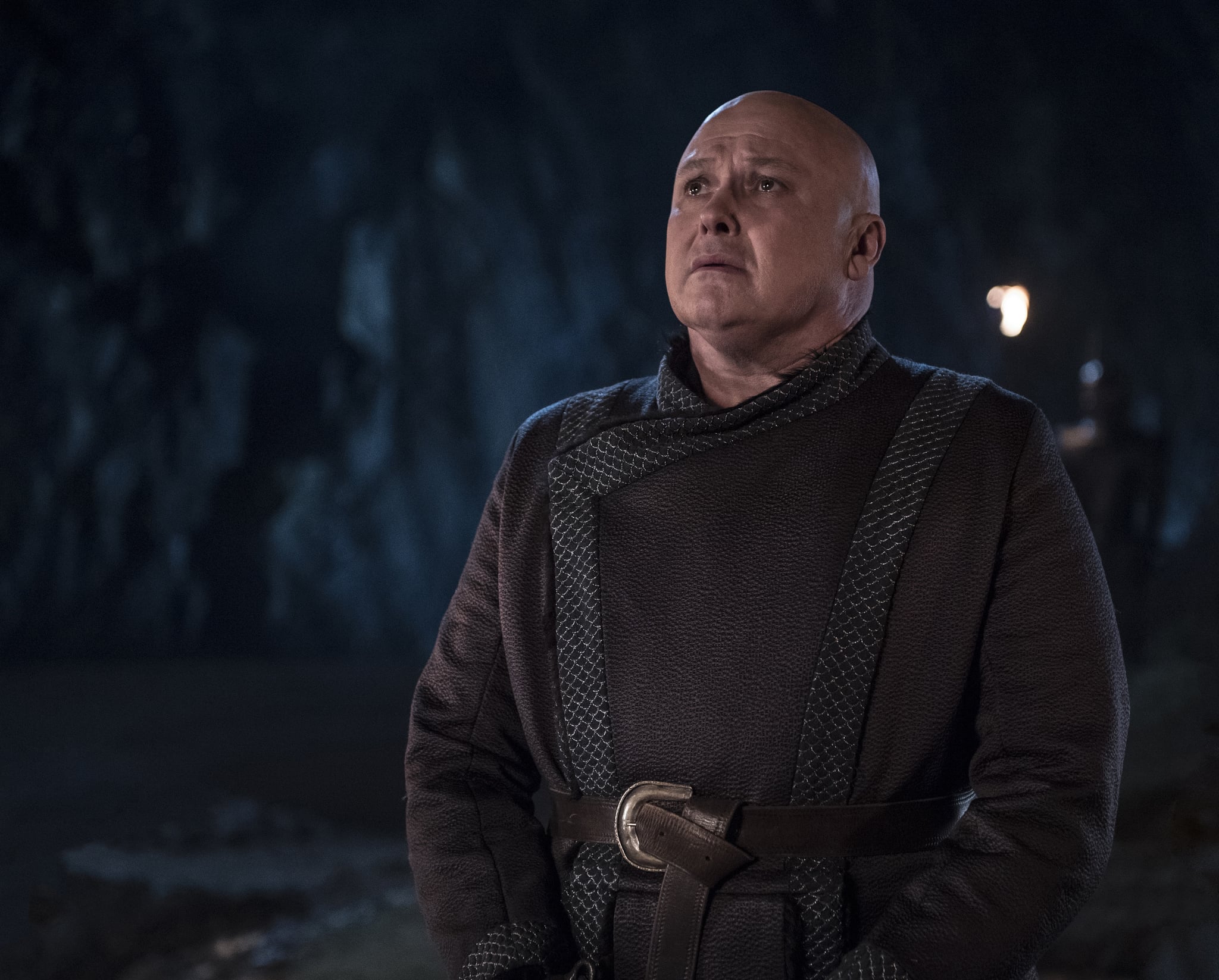 Warning: Potentially poisonous spoilers for Game of Thrones ahead!

One of the most frustrating moments in the penultimate episode of Game of Thrones' eighth season, "The Bells," comes early on, when Tyrion stupidly decides to sell out Varys. To be fair, the former Master of Whispers does commit treason by strutting up to Jon and saying he should take the Iron Throne from Daenerys, but it's also a move that seemed decidedly out of character for Varys. Fortunately, a moment just before he dies hints that there was more to his final plan than we initially picked up on: Varys removes his rings.

Like Tyrion, Varys has always been an integral part of maintaining the balance of power in Westeros, so I found it incredibly hard to believe that he'd risk being executed for treason by chatting with Jon, which he had to have known was a consequence, rather than using his influence to manipulate people to do the dirty work for him. But when you think about it, he was using someone else to carry out his plan — he's likely having Martha, the young girl he speaks to at the beginning of the episode, put poison in Daenerys's food (that the Dragon Queen wisely refuses to eat).

So, with the food presumably already tainted with poison, what's the deal with his rings? The camera purposefully lingers on his hands as he does it, zooming in on a particular piece that seems to be lined with darkly colored jewels. Why would he even bother doing something like that if he was about to be roasted by Drogon?

The reason why Varys wouldn't want to take that jewelry to the grave likely has to do with a the second episode of the fourth season, "The Lion and the Rose." Not ringing any bells? You might know it better as the episode when the Purple Wedding goes down, aka when King Joffrey is murdered at his reception by — ding, ding, ding! — a poison necklace.

Lady Olenna Tyrell teamed up with Littlefinger to take Joffrey down, using a poisoned stone hidden in a purple necklace. Littlefinger gives the necklace to Ser Dontos the Red, whose life was recently spared by Sansa after an unfortunate incident with Joffrey at a tournament. He in turn gives it to Sansa as a gift, thinking it an expensive family heirloom, and she later wears it to Joffrey and Margaery's wedding. It's there that Olenna is able to retrieve the poison hidden in plan sight and put it in Joffrey's goblet of wine.

So, with all this in mind, maybe Varys's ring is a similar kind of poison jewelry. He could've taken it off so that Martha (or another one of his little birds) could come collect it and try to get it into Daenerys's food or drink.

At this point, given how last week's episode wrapped up (i.e. with Dany turning into a bit of a murderous psychopath and burning most of King's Landing and its inhabitants to a crisp), I'm not sure a little poison will be enough to take the Mad Queen down. How would Martha even get to Dany without arousing her guard's suspicions? It would look far more out of place for her to pop up in Dany's chambers with Varys dead and gone.

Perhaps, in an effort to make up for selling out his friend, Tyrion will come to his senses and use the poison ring to kill Daenerys himself. She likely would never expect him to take her down. There's also the matter of Jon Snow, who seems poised to kill his aunt/lover after the way he looked around in horror at her reign of destruction in the city. To be fair, though, we think he'd resort to stabbing Daenerys with Longclaw before using poison — he's not exactly sneaky or subtle enough to pull something like that off.

Regardless of who does the deed, let's all keep our fingers crossed that Varys didn't die in vain.