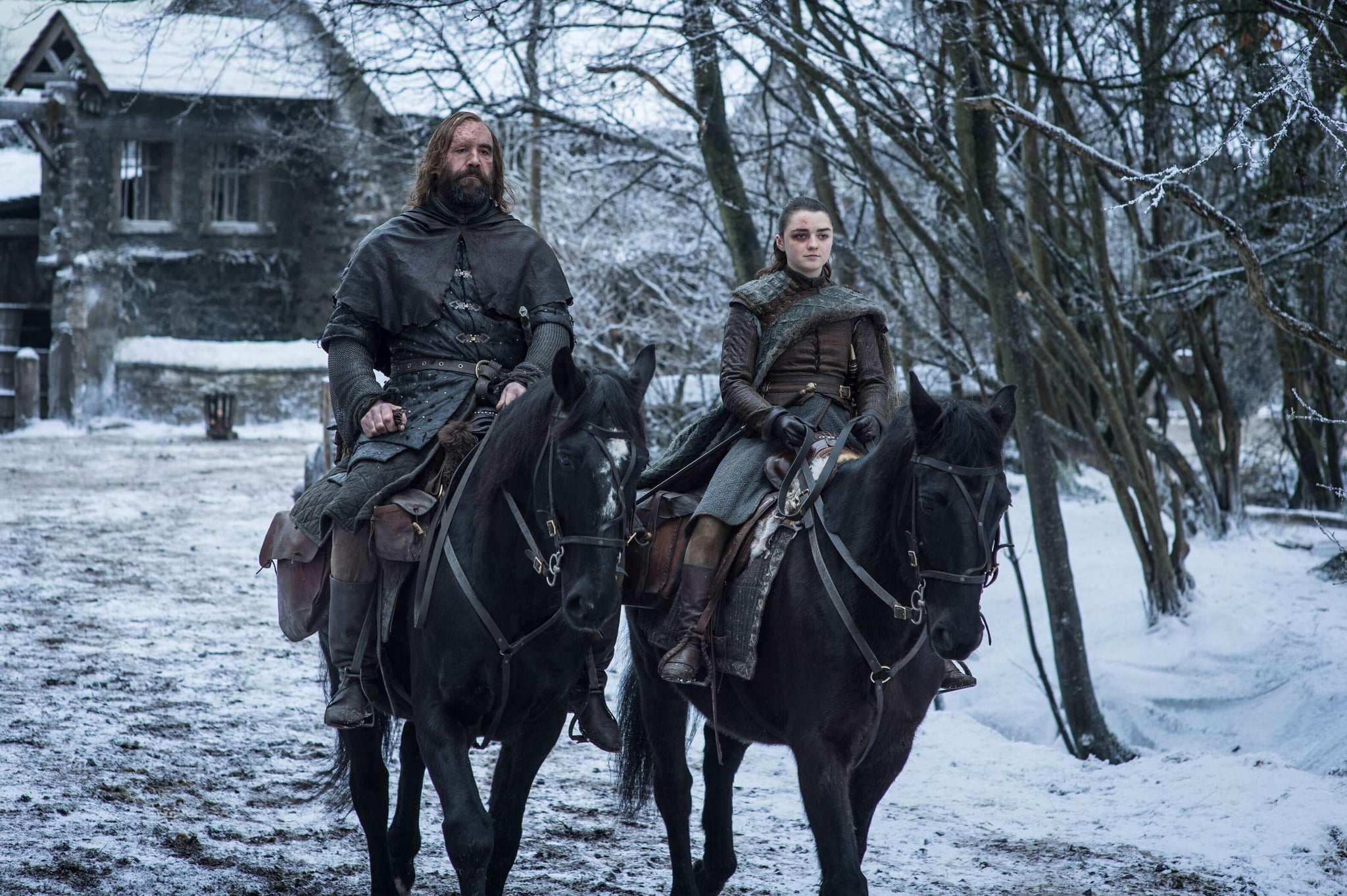 After the events of the Great War, Game of Thrones has left fans to wonder what will become of Arya Stark. During the course of eight seasons, we watched her transform from a lady of Winterfell to a world-weary warrior capable of assassinating Meryn Trant, the Waif, Walder Frey, Petyr Baelish, and the Night King — thanks to some encouragement from Melisandre about "brown eyes, blue eyes, green eyes." And as we head into the final episodes of the series, we imagine the green eyes in that prophecy belong to Cersei, who sits atop Arya's infamous kill list. So it's no surprise that at the end of "The Last of the Starks," we find Arya on the road to King's Landing. But what is surprising is that she doesn't plan to return to her familial home.

In some respects this makes sense; when she turns down Gendry's offer of marriage she uses the simple phrase, "That's not me." This phrase echoes back to an argument she has with her father in the first season. She asks him if, like her brothers, she could ever be a knight or sit on a King's council. He responds by saying she can marry a powerful knight or lord and have children who serve on councils. She replies with the same clever phrase and even uses it several seasons later when she's reunited with her long-lost direwolf, Nymeria. She finds the animal along the Riverlands in season seven after she escapes the wrath of the Faceless Men. She tries to convince Nymeria to return home to Winterfell with her, but the direwolf takes shelter in the woods. Arya realizes that the animal, like herself, has changed, so Arya smiles and says, "That's not you."

Both of those instances reflect how much the young Stark has evolved since we were first introduced to her and hint at why Arya may not want or need to return to Winterfell if and when she kills Cersei. She's not a lady, she's a warrior. And even though her work as a warrior will be done once she completes her list, she will need to do what all good warriors do — explore the world to gain the knowledge she needs for her next battle.