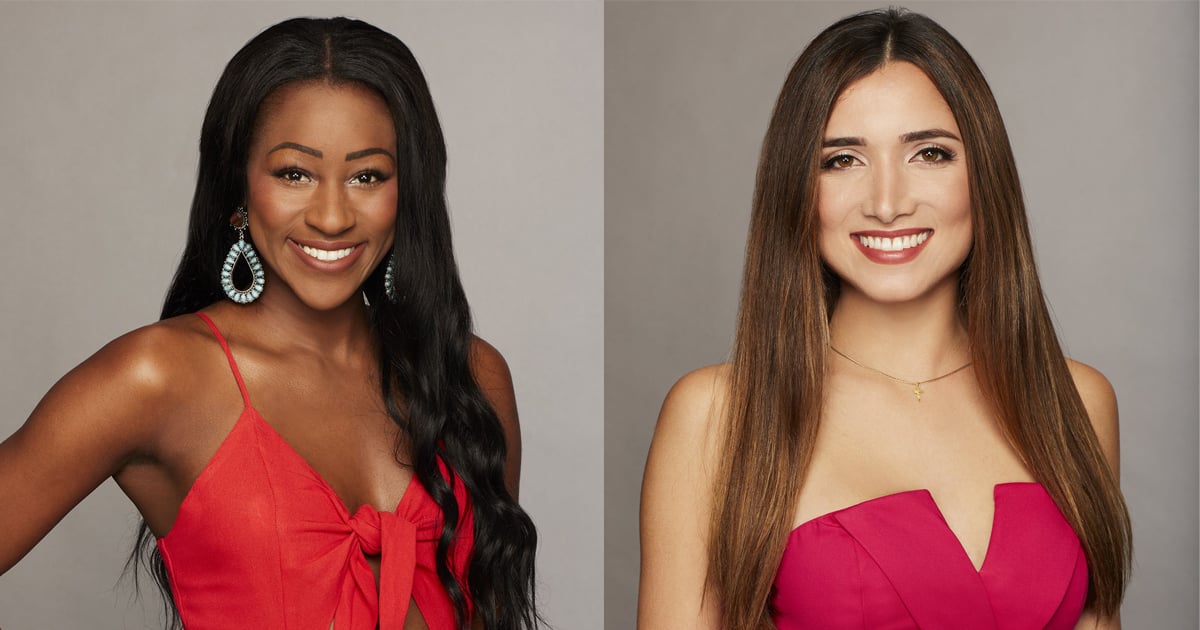 It wouldn't be The Bachelor without some drama, and this week's episode provided plenty. Elyse exited the show of her own accord, but not before leaving Onyeka with a dilemma. According to Onyeka, Nicole told Elyse that she went on the show to find an "opportunity" to leave Miami. And with Demi's encouragement, Onyeka decided to take things straight to Colton.

After Onyeka relayed the remarks to Colton, he said that having a contestant not be on the show for him was his "greatest fear." Colton then pulled Nicole aside, and she denied Onyeka's claim immediately. "That couldn't be further from the truth," she said to him. "I'm here because I haven't been able to find love. And it just kills me if you were able to take that and believe it."

Here's where things really get awkward, though. When Onyeka subsequently told the other women what she revealed to Colton, Tayshia jumped in, saying she heard Elyse and Nicole's conversation — and that Nicole didn't say things the way Onyeka was making it seem. As Tayshia told it, Nicole spoke of life-changing opportunities, but she didn't explicitly talk about leaving her hometown. "She never said that she needs to get out of Miami," Tayshia said to Onyeka. "It was misconstrued . . . she did not feel that way."

Nicole then came back into the group, telling Onyeka (in front of the others) through tears that she is, indeed, there "for the right reasons." She then accused Onyeka of "spreading rumors to Colton." Tayshia jumped in again, adding that the situation could have been solved if Onyeka had just addressed Nicole first, rather than going to Colton.

"I've been nothing but honest and real this entire process," Nicole said to the camera. Onyeka, meanwhile, said during her interview that Nicole has been crying a lot on the show, so she's not "fazed" by her tears.

Unfortunately, things got way worse at the rose ceremony. Nicole told Colton that she was on the show to find a "partner in life." She added that Onyeka had been "bullying" her and suggesting that she was "emotionally unstable." Colton responded with concern, saying he didn't want anyone to feel that way on the show. But when he pulled Onyeka aside, she was quick to say that the bullying claims are "all lies." "I would never in a million years call anyone mentally unstable," Onyeka told Colton — just before telling the cameras that Nicole is "literally a psycho."

Related:
The Bachelor's Latest Surprise Exit Might Be Frustrating, but It's Also Incredibly Relatable

The two women proceed to have another confrontation, with Onyeka calling Nicole a liar. It sounds like it was all a misunderstanding and that Colton, like Nicole, may have thought that calling someone "emotionally unstable" and "mentally unstable" were similar insults. I mean, this is all one big game of telephone at this point. (And it shouldn't need repeating, but Nicole doesn't need the show to leave Miami — she's a grown woman who can make her own decisions about where to live.)

Eventually, the bickering got loud enough that Colton stopped what he was doing and went over to the two women. They kept fighting, though, and he ended up walking away from the conversation to have a few minutes alone on the beach. Both of them tried to catch up with him, but he said he wanted to be alone, and the episode ended on a "to be continued" note. Yikes!

Of course, viewers were quick to take sides in the feud.

Onyeka: I would NEVER in a MILLION YEARS call anyone mentally unstable...???
**five seconds later**
Onyeka: Omg Nicole is literally a PSYCHO#TheBachelor

And some fans were just over the whole thing entirely.

Nicole and Onyeka should both be sent home @colton 🌹

Nicole, meanwhile, retweeted a clip of Tayshia's statement about the whole thing. "That's what best friends do," she wrote in her tweet.

Since we don't get to see the entirety of what goes on when the cameras aren't rolling, we probably won't ever know all that went down between Nicole and Onyeka. But it was enough to cause some major waves this week, not to mention annoying the other women. Going to the show's lead about the drama with the other contestants never ends well, and it looks like these two learned that the hard way.