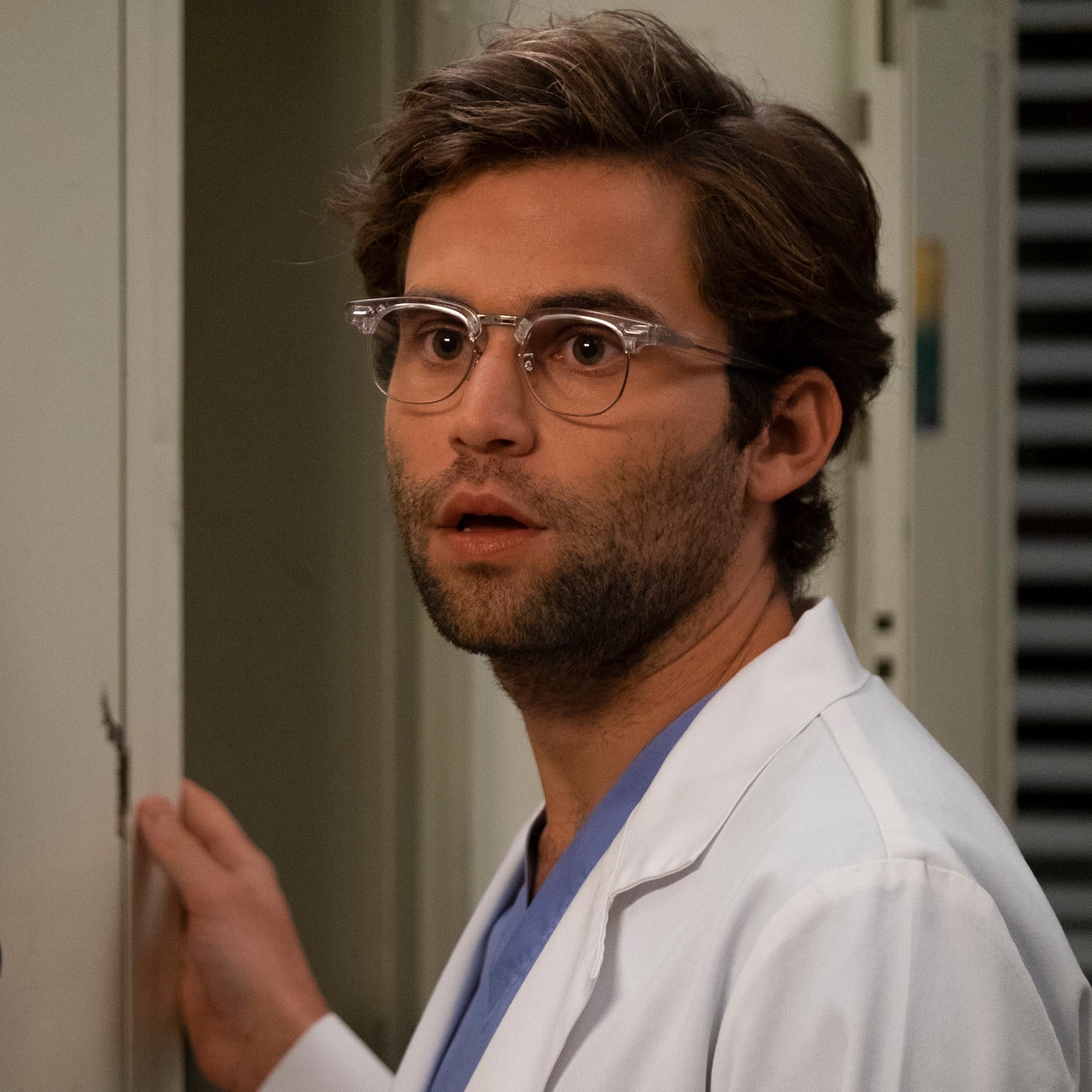 Over the Summer, when the 15th season of Grey's Anatomy was but a dream, we got our first kernel of information to latch to. There would be a new theme for the show's next chapter; the so-named "season of love" would give us a funnier, more lighthearted, more romantic Grey's Anatomy. I mean, between all the currently existing couples and the sexy new additions, we're certainly not doubting it. Even so, we thought we'd ask some of the stars how everything is shaping up.

THNK 1994 partnered with POPSUGAR to curate an exceptional Grey's Anatomy art gallery in celebration of the show's 15th season, and we were on the scene to talk shop. Caterina Scorsone had nothing but good things to say about the episodes they've worked on so far. "They're calling it the 'season of love.' So far, I have not seen much bleeding. There has not been a terrible death or a horrific trauma. It's been pretty light and flirty and funny. And that's different! We have that in some seasons, but this one in particular, it's been fun." Don't worry, I also got the dish on the troubling love triangle, which may be the one pain point going into the next chapter.

After telling us about the sexual tension between Meredith and DeLuca, Giacomo Gianniotti revealed that the cast and crew are really going the extra mile for this new season. "We want to bring our absolute A game," he said. We want to pull out all the stops. We want to get the best actors for our guest stars, and storylines that we've never told before." With a final wink and a sly smile, he said, "There's some old loves rekindling, and some new loves." Hmmm . . . wonder who he's talking about. Guess we'll have to wait until Sept. 27 to find out.