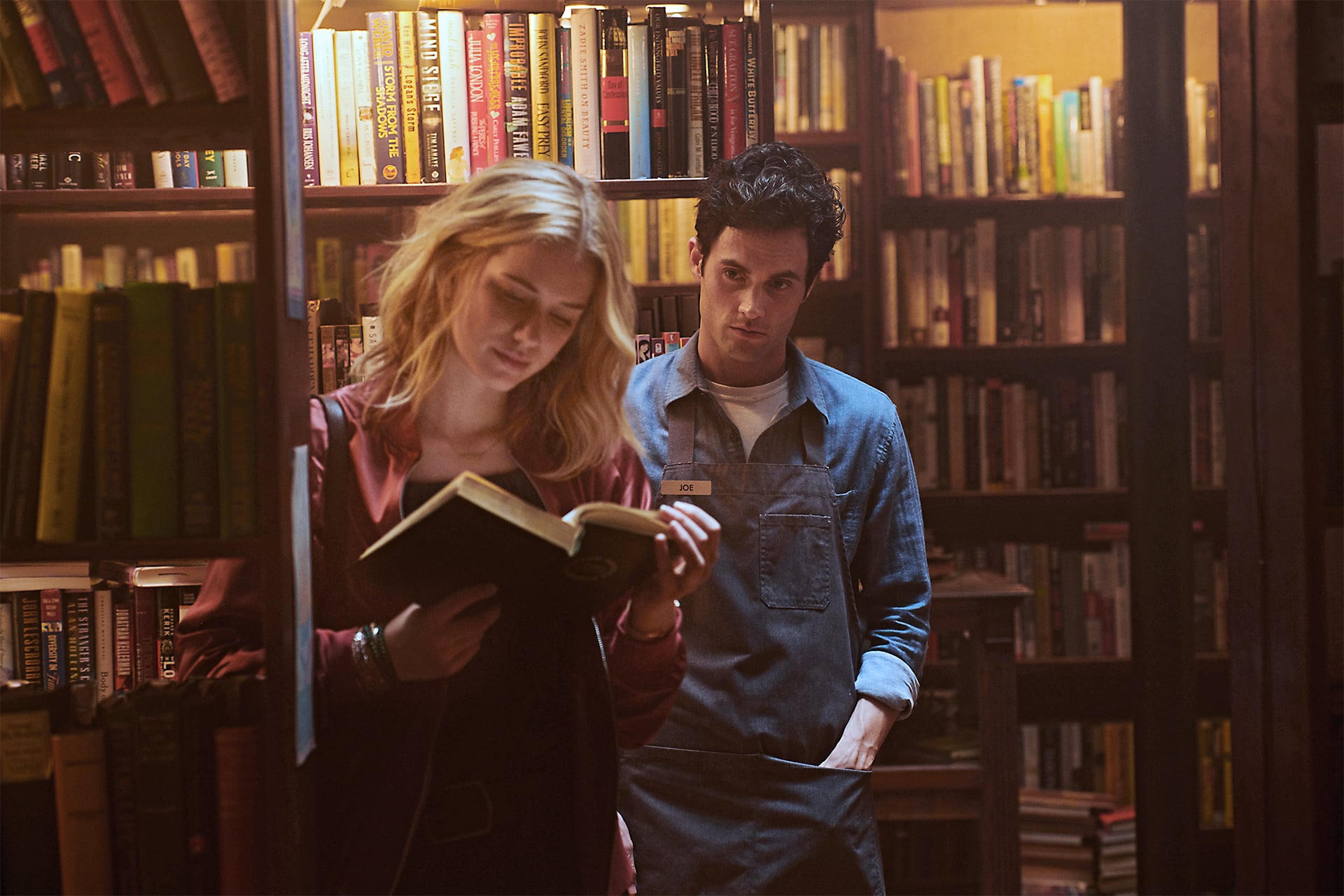 Penn Badgley has officially gone from Lonely Boy in love with a pretty blonde to a . . . lonely boy infatuated with a pretty blonde. The Gossip Girl alum stars in the upcoming Lifetime series, YOU (based on Caroline Kepnes's 2014 novel of the same name) and it already looks crazy good . . . emphasis on crazy. After a young bookstore manager (Badgley) falls for one of his customers (Once Upon a Time's Elizabeth Lail), his seemingly innocent crush quickly turns into a full-fledged obsession. Sound intriguing? Get a load of all the juicy details about the book-to-TV adaptation below.

Related:
14 Books That Are Being Adapted For the Small Screen in 2018

Along with Badgley and Lail as the lead characters, Joe and Beck, the cast also includes Pretty Little Liars star Shay Mitchell as Peach and Fuller House's John Stamos as Dr. Nicky.

You can rest assured that the series is in very good hands. Greg Berlanti (Riverdale) and Sera Gamble (The Magicians) will serve as executive producers alongside Sarah Schechter, Leslie Morgenstein, Gina Girolamo, and Marcos Siega. Bring on the drama.

You can watch the show when it premieres on Sunday, Sept. 9 at 10 pm ET on Lifetime.