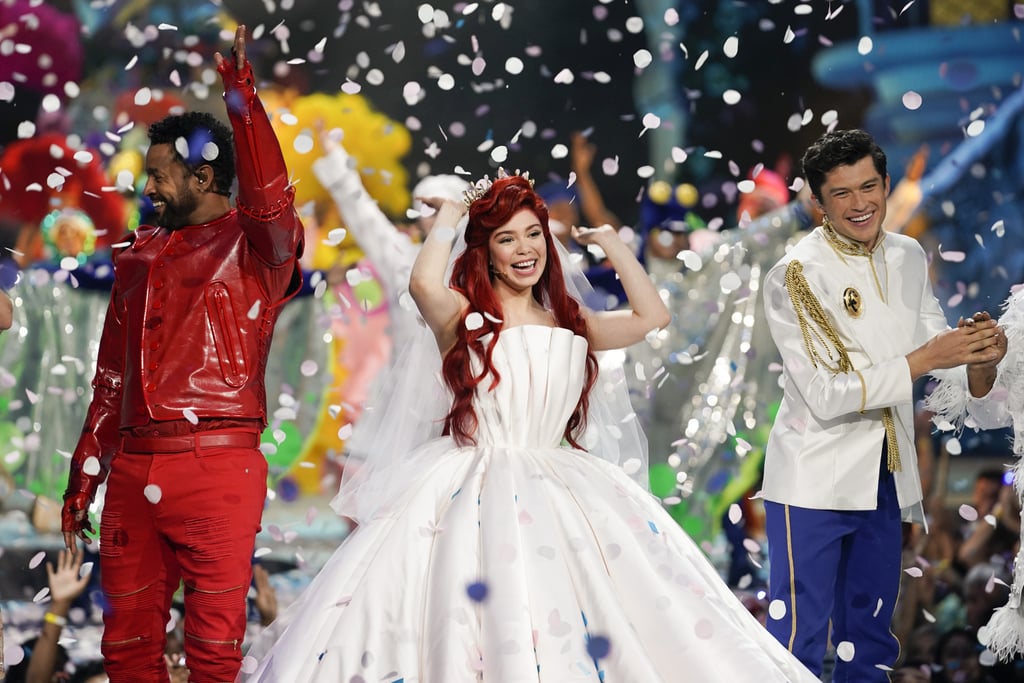 The cast of The Little Mermaid Live! went under the sea on Tuesday night. During the televised event on Nov. 5, the stars transformed into Ariel, Prince Eric, Ursula, and more characters as they sang some of the biggest tunes from the animated Disney film. The special marked the celebration of the 30th anniversary of the original animated movie as live musical performances by the cast were interwoven into the broadcast of the animated movie.

Not only were the performances simply magical, but we can't get over the extravagant costumes and set. The original voice of Ariel, Jodi Benson, even made a special appearance! See more stunning pictures from the special ahead.