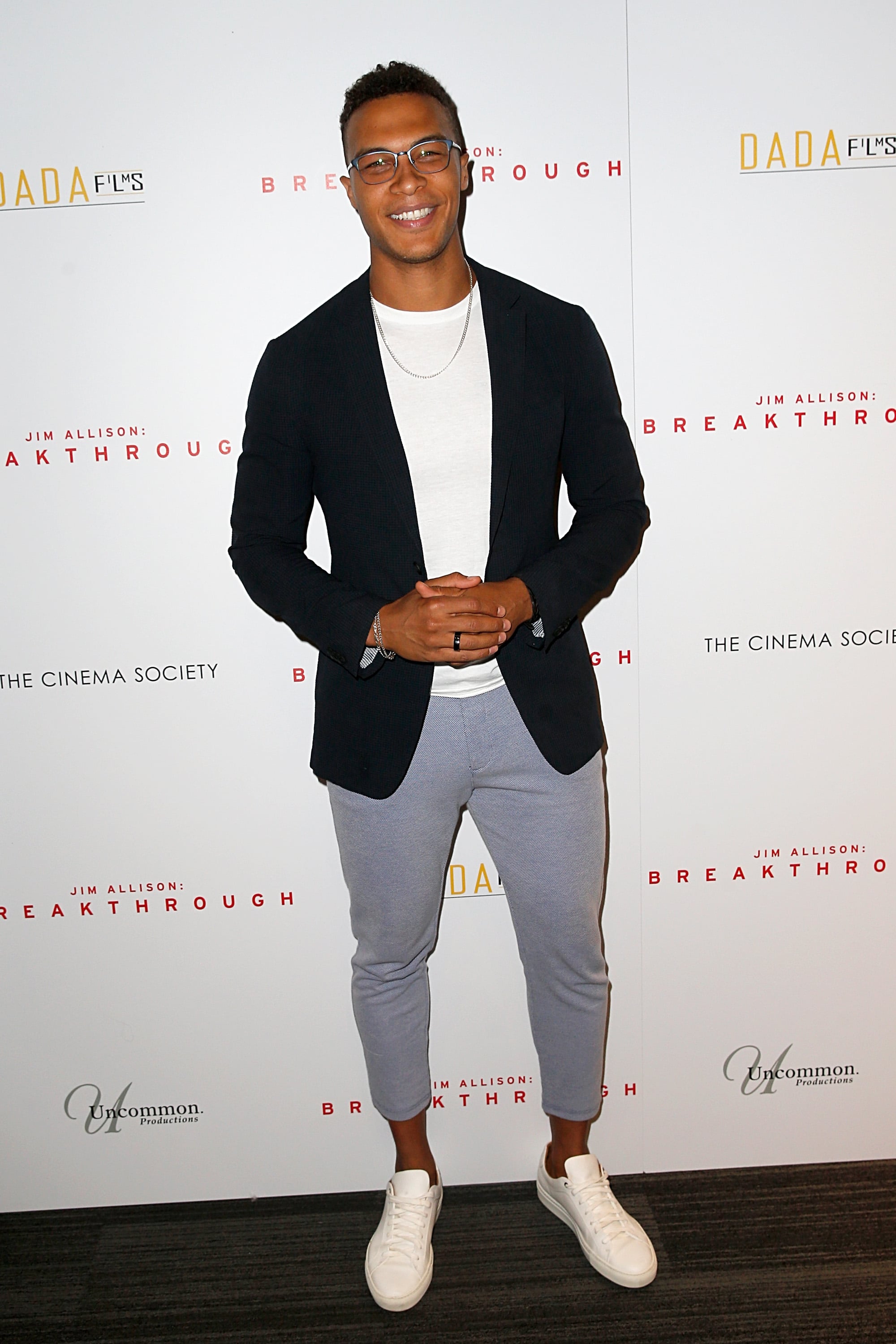 We're all learning who Dale Moss is this week, thanks to the latest news out of filming for The Bachelorette. With rumors swirling that he and Bachelorette Clare Crawley already have fallen in love and left the show together, everyone is wondering who this guy is, what's his story, and what does he even do for a living? As it turns out, his job is at least one part of what makes it understandable why Clare might have fallen for him so fast.

Moss's career is pretty wide-ranging: he's dipped his toe in pro sports, modeling, and philanthropy, among other things. He's a global ambassador for the Special Olympics, and his bio on their site reveals more info about what he's done over his career. Initially, he played basketball in college, but switched over to football at South Dakota State University. Despite only playing college football for one year, he apparently made a big enough splash that he was drafted by the Green Bay Packers. He eventually played on the practice teams of the Tampa Bay Buccaneers, the Carolina Panthers, and the Chicago Bears, but his football career never quite took off. He did, however, host a podcast from 2018 to 2019, called The Game Plan With Dale Moss, where he interviewed pro athletes about their lives and careers.

According to Moss's official website, he's now a model represented by Wilhelmina Models and has done campaigns for several brands and publications. He also apparently does a fair bit of philanthropic and advocacy work: in addition to his ambassador work with the Special Olympics, his website notes that he has also worked with the Tiger Woods Foundation, the Wounded Warriors Project, and NFL Play 60.

To make a long story short, Moss seems to have not just one job, but several. His Special Olympics bio reflects this, describing him as "an accomplished model, actor, and host, and sought after media personality" and an advocate "for youth development, inclusive initiatives and diversity to athletes." In some ways, it's continuing the grand tradition of Bachelor and Bachelorette contestants having unusual or interesting careers, and, like former castmate Matt James, is doing his best to do some good.

Celebrity News
Anne Heche's Upcoming Movies and TV Shows, From "The Idol" to "Girl in Room 13"
by Eden Arielle Gordon 18 hours ago