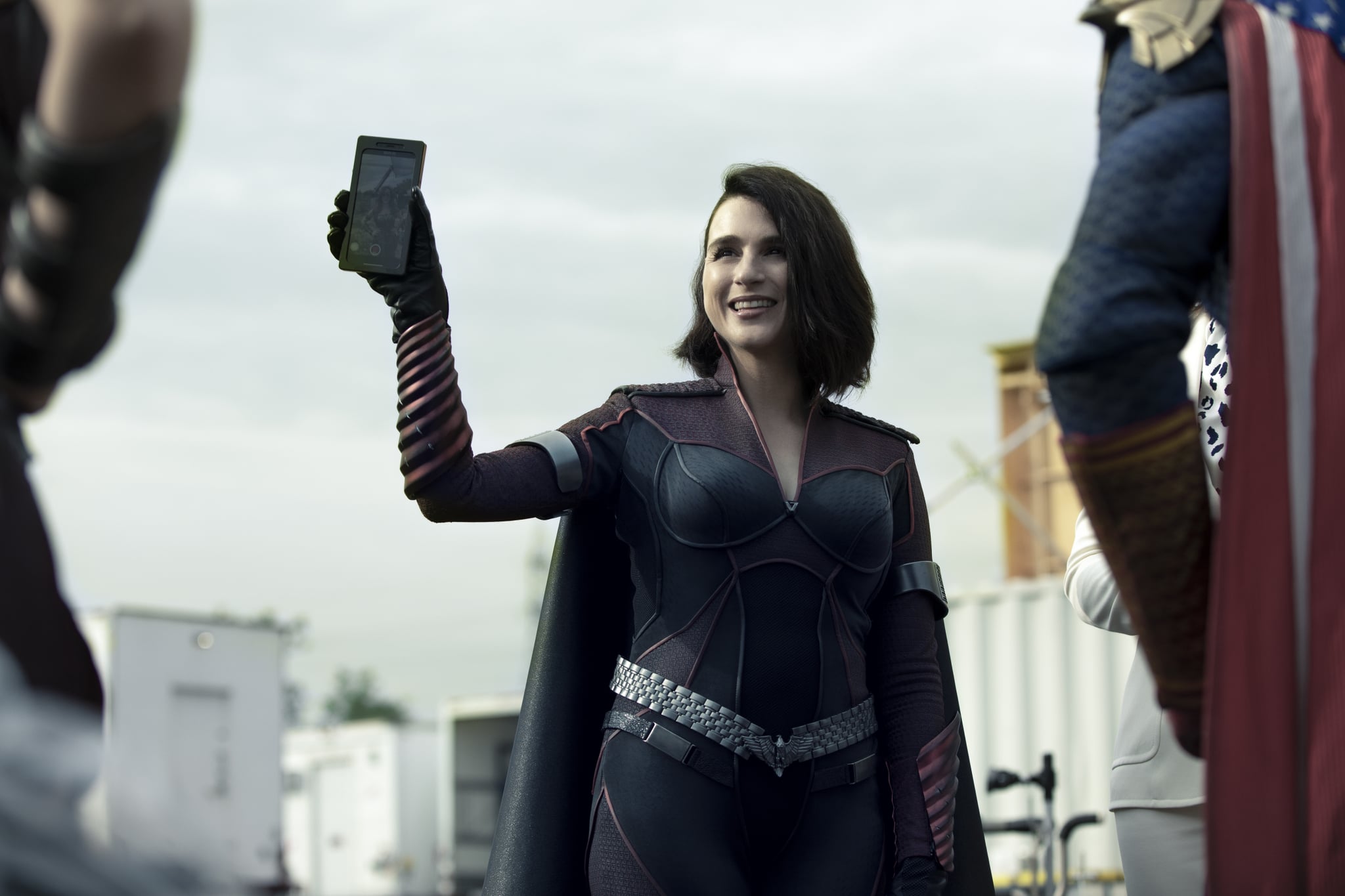 She may seem like a profanity-spouting breath of fresh air in the season premiere of The Boys season two, but make no mistake, by the end of episode three Stormfront reveals she's a supervillain through and through. Like most of the characters on the Amazon series, Stormfront is based on a The Boys comic book character. As written by Garth Ennis, the comics are every bit as violent and satirical as the TV series, but due to being first released in 2006, their cultural references are a little bit dated. As a result, Eric Kripke, the creator of the Amazon show, has updated some of the characters, and Stormfront's transition from page to screen may be the show's most startling evolution yet.

The Seven's newest member, played by Aya Cash, sets herself apart by seemingly being unafraid of Homelander or Vought. Hellbent on building a superhero army, Stormfront uses her social media savvy to rally Americans to her dangerous cause. Much like her comic book counterpart, she's an antagonist for The Boys and The Seven, but pretty much everything else has changed — starting with the character's gender.

Who Is Stormfront in the Comics?

In the comics, Stormfront is a man, and one of the original superheroes. He's born as a result of Nazi experimentation on his mother, who is injected with Compound V while pregnant. As a child, he's considered so dangerous that Adolf Hitler himself orders Stormfront's execution, but he's saved by the inventor of Compound V who sends him to America instead. In the show, we see Stormfront easily cracking jokes and playing up her cool-girl persona to further an extreme right-wing agenda, but the character from the comics is an ultraserious Nazi known for openly spouting hate speech.

The female Stormfront's ability to exude charisma and confidence when she's in the public eye allows her to push her agenda, which we know includes populating the Army with superheroes, with ease. Like so many modern extremists, its her ability to seem normal and even likable that makes her such a terrifying figure.

One thing about Stormfront that hasn't changed much is her powers. On the show and in the comics, the character can harnesses lightning and electricity, possesses the power of flight, and is incredibly strong. We don't know the full extent of her strength yet, but if the comics are any indication, strength-wise, she's second only to Homelander — and even that's an extremely close call to make.

What Happens to Stormfront in the Comics?

Interestingly, Stormfront isn't part of The Seven in the character's original arc. Instead, he joins another superhero group known as Payback. He quickly ascends to the leadership position and becomes an enemy to The Boys and to The Seven in the process. The character's reign of terror isn't ended by a fellow superhero though, it's Billy Butcher, Frenchie, Mother's Milk, and a character named Love Sausage (yes, you read that right) that kill him. But his death only brings about another twist: Vought uses the DNA of original superheroes to create new ones, and Homelander actually possesses Stormfront's DNA.

It's unclear just how much of Stormfront's comic book origin story will make it to the small screen, but she's already establishing herself as a dangerous threat to Butcher and his friends, as well as to Homelander's fragile ego. And anyone who can strike fear in the heart of Homelander should be considered a serious threat not just to our favorite characters, but to the world at large.