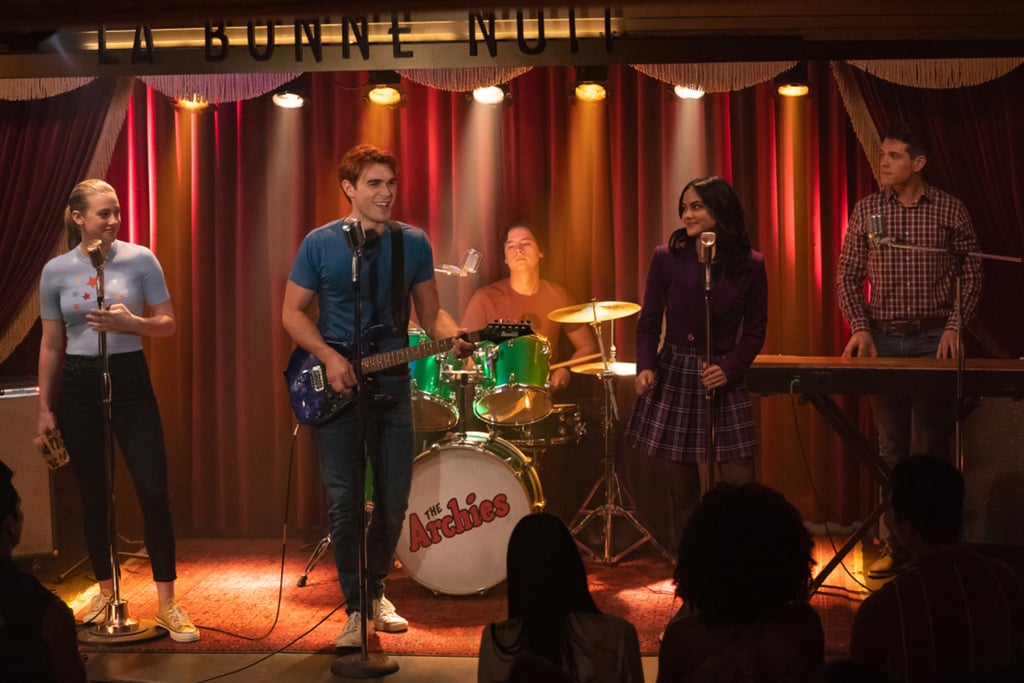 From Kevin's Epic Solo to Barchie's Duet: All the Songs From Riverdale's Musical Episode

Another year, another showstopping performance! On Wednesday night, the cast of Riverdale performed songs from Hedwig and the Angry Inch for their annual musical episode. After Kevin is banned from performing songs from the hit rock musical for the Riverdale High variety show, his fellow classmates band together to show their support. While Kevin's epic solo certainly stole the show, there were quite a few other big moments, including the first performance from The Archies. Oh, and a heated duet between Archie and Betty that ends in a kiss. How are you feeling, Barchie fans? Listen to the full soundtrack ahead.

Related:
40 Titles POPSUGAR Editors Are Watching and Reading Right Now That You Should Check Out
Previous Next Start Slideshow
RiverdaleMusicTV