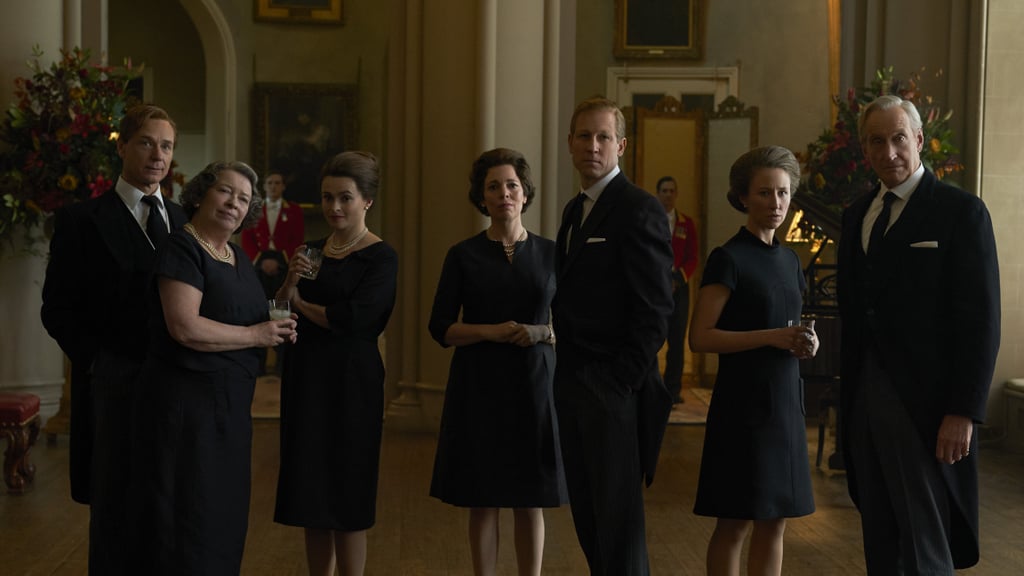 Just as in the previous two seasons of The Crown, season three dives into a number of important high-profile ceremonies, events, and scandals that affected the British royal family in real life. But just how accurate is the Netflix drama? If we're judging by costumes alone, very, as you'll see in the photos ahead. Keep reading to see how the new cast physically embody the royals during key moments of their lives — coronations, balls, funerals, etc. — then take a peek at the show's spectacular re-creation of Prince Charles's investiture in Wales compared to real photos and video footage of the day.

Downton Abbey
Are The Gilded Age and Downton Abbey Connected? The Showrunner Answers
by Amanda Prahl 6 hours ago