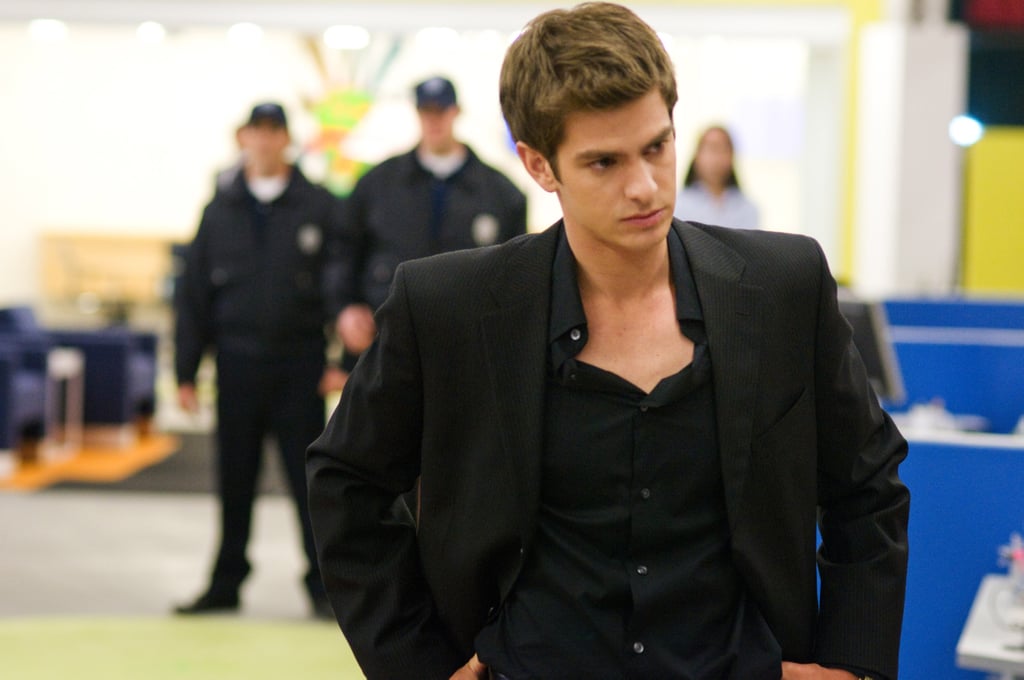 In case you hadn't noticed, The Social Network is having a moment right now. This year officially marks a decade since the Facebook origin film came out, and it was also added to Netflix in April. And now, Sarah Ramos has tackled one particularly memorable scene in her ongoing series of reenactments on Instagram.

For the famous "lawyer up, assh*ole" exchange, the Parenthood alum played both Mark Zuckerberg (originally portrayed by Jesse Eisenberg) and Sean Parker (portrayed by Justin Timberlake), while Maze Runner star Dylan O'Brien took on the role of Eduardo Saverin (originally played by Andrew Garfield). It's . . . incredible.

In fact, after watching the spot-on reenactment, Garfield texted his Tick, Tick . . . Boom! director Lin-Manuel Miranda to share his praise, which was then passed on to Ramos and O'Brien. "If I had Twitter I'd let him know he MURDERED it," Garfield said. O'Brien replied, "'Twas a f*cking honor sir." Enjoy it below.