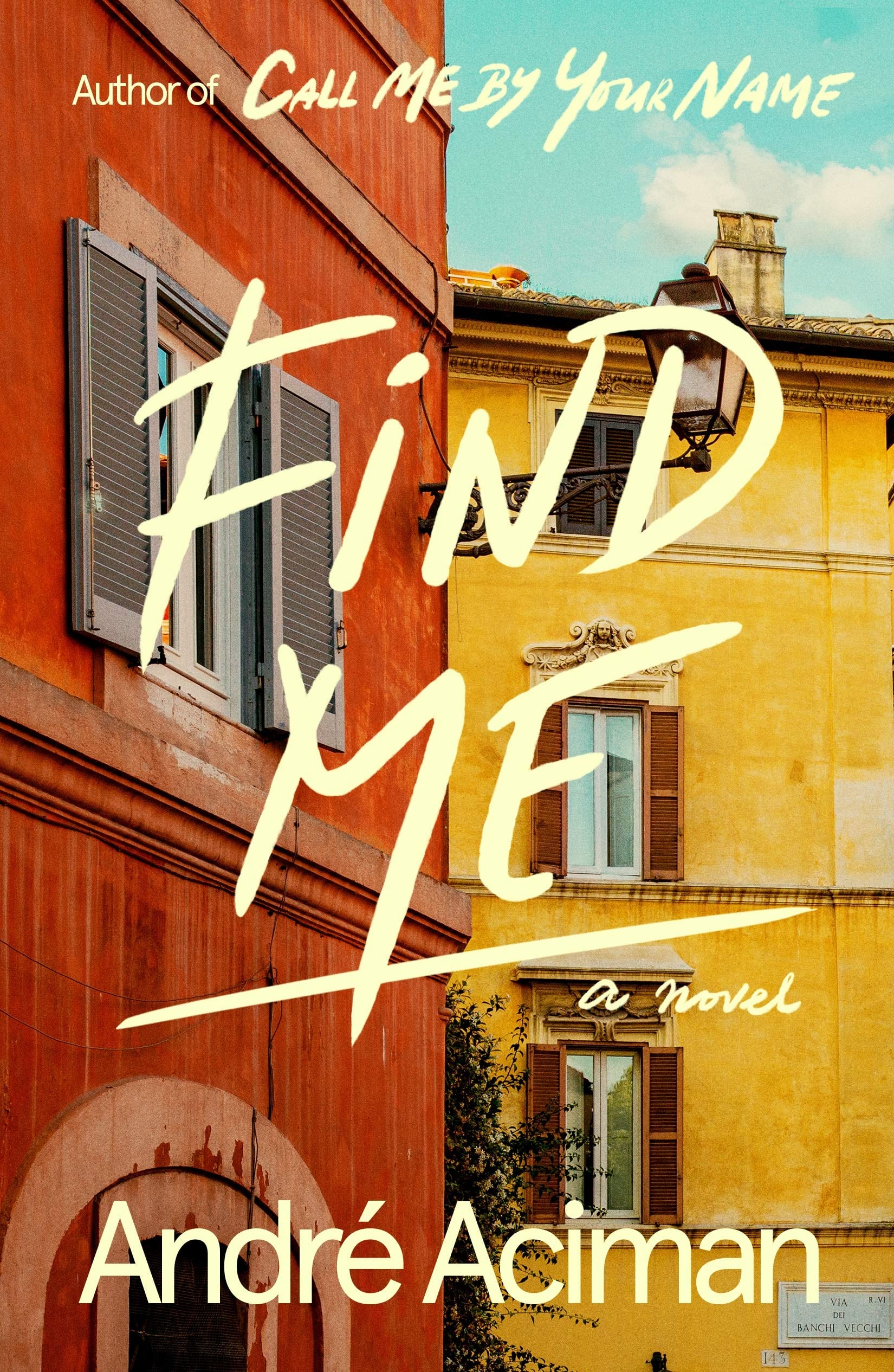 After much acclaim for his 2007 novel, Call Me by Your Name, André Aciman's story continues in the recently released sequel, Find Me, a novel following the various beginnings and ends of relationships of characters who all seem to confront their many lives. Aciman's first novel is an intimately immersive show of love and its metaphysical battle with time. Much like his first story, our introduction to the love between Elio (played in the film by Timothée Chalamet) and Oliver (Armie Hammer), Find Me explores time. Thematically speaking, the novel presents parallels between older selves and their younger counterparts and questions if age is a deterrent to living life on the other side of the river bank.

In case you are itching to know what has happened to Elio and Oliver since the latter's ending phone call in CMBYN, here is a walk through the presumed final chapter of Oliver, Elio, and Elio's father Samuel's story. Stop now if you are hoping to avoid book spoilers! (Or potential film sequel spoilers.) Here we go!

Find Me is broken up into four sections: "Tempo," "Cadenza," "Capriccio," and "Da Capo." These are musical terms, if you aren't familiar, and they make sense for each of the characters narrating their section.

"Tempo," the first section, begins with Elio's father, Samuel (played in the film by Michael Stuhlbarg), about 10 years after the events of Call Me by Your Name. Samuel is a classics professor traveling by train to meet Elio in Rome and present a talk on the fall of Constantinople. Aciman goes into great detail on the Samuel's studies, which deal with ancient civilizations and people who stayed put despite knowing they were going to die by raids or war. Samuel attributes this tendency to people not wanting to leave what they know and start anew. On the train, he meets the beautiful Miranda, a young woman half his age with an affinity for asking probing questions. After a roughly hour-long train ride from Florence to Rome, the two agree to spend the day together.

The pair clearly have a sexual attraction, but they also share an emotional connection, as they continue to ask each other intimate questions and uncover truths about their own lives they didn't realize before confessing them in the moment. For instance, Miranda acknowledges how flippant she is with love, always searching for something new and rosy, and Samuel ("Sami," as Miranda calls him right off the bat) admits that he has given up looking for a life with passion. Miranda and Sami move quickly within a 24-hour span of time, celebrating Miranda's father's birthday with him, visiting Roman landmarks, and eventually professing their love for each other. They move through the city, revisiting landmarks of their past, which Sami and Elio refer to as "vigils," physical markers of their lives once lived. Sami recounts what his life was like before Miranda was ever born and Miranda speaks pretty much only of the future.

Their story begins what will flow throughout the entirety of the book — a cycle of older selves reflecting on younger people and expressing a desire to recapture youth. After a failed attempt to get matching tattoos and a quick meeting with Sami's son, Elio, the two determine to live out their days together and decide within a few hours to have a child together.

The book then jumps about five years later to Elio's perspective. Now an accomplished pianist in Paris, he meets the much older (double his age) Michel, a wealthy man who seems to fall in love with Elio upon first meeting him. Just like the section that came before it, "Cadenza" dissects how age affects life and love. Michel is cautious with Elio at first, taking him out to dinner after their first meeting at a concert hall, merely stroking his face goodnight. Elio is much less patient and encourages impulse, which leads to a rapid love affair.

The central theme within the piece is the mystery behind a piece of music Michel's father left him. Elio determines it is a sampling of music from famous artists rolled into one piece. Here is where Aciman drives home the point that people live several lives, as Michel uncovers his father also had a love affair with a man, mirroring his situation. Michel claims, "The person I knew was his second self. I suspect we have first selves and second selves and perhaps third, fourth, and fifth selves and many more in between." Michel and Elio realize that although their moments are real, their stories and times do not fit. Michel sees Elio the way Elio saw Oliver, but the feelings are not reciprocated and Elio resolves to travel to the United States to see Oliver.

"Capriccio" is then narrated by Oliver, 20 years after the events of CMBYN. He is married and hosting a goodbye party for himself before he moves from New York to New Hampshire. He is intrigued by two people at the party, a man and a woman, attracted to both of them. A colleague sits at the piano, playing a song Elio played for him. Oliver begins to imagine a conversation between himself and Elio, then confronts how unhappy he is and how he needs to end this version of himself and return to Italy.

The final part returns to Elio's point of view. He is now living in Italy, in the same villa from CMBYN, after the death of Sami. Miranda is also living there with her son, fathered by Sami and named Oliver. Yes, the little boy is named Oliver and Elio's lover is also Oliver. It all seems fairly confusing, but when you put together how this story is meant to be a representation of how cyclical life is, then it starts to make sense. Oliver returns to Italy to live with Elio, as the couple and Miranda are brought together by the older guiding forces in their lives who shared experiences with them. Those who came before them lived their lives with many "what ifs," but these three, as well as Miranda's little boy, are able to somehow avoid the same nature.

There is a fairly good chance this book will get a movie adaptation, seeing as how the director of the first film is incredibly eager, and it will be interesting to see how well they cope with the many time jumps and the aging of each character! Does that mean we won't be graced with Timothée Chalamet and Armie Hammer?