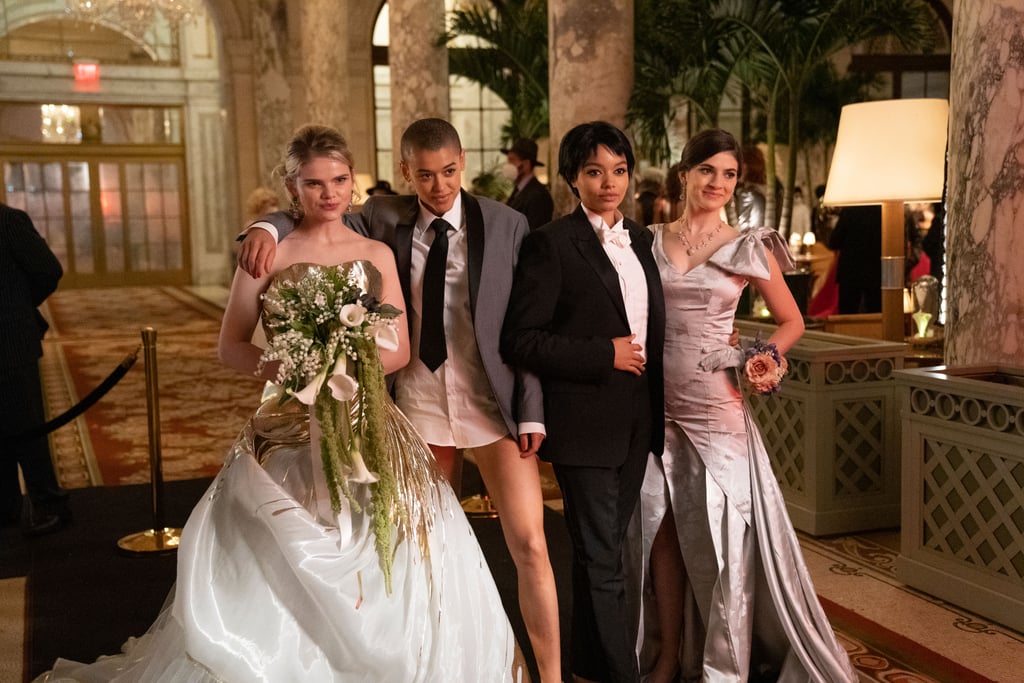 HBO Max's Gossip Girl reboot has been treating fans to a variety of fun Easter eggs, but the Halloween episode certainly tops them all. In the latest episode, titled "Hope Sinks," the students of Constance Billard attend an extravagant Halloween bash in costume. In an attempt to win the costume contest, Julien and Zoya plan the perfect sisters costume as they go as Beyoncé and Solange. However, their plans are quickly thwarted when they realize that two of the popular girls from a rival school, Pippa and Bianca, have leaked their costumes in an attempt to put the spotlight on their own costumes as Blair Waldorf and Serena van der Woodsen.

Julien and Zoya eventually ditch their clothes and put on Aki and Obie's suits to transform themselves into Dan Humphrey and Chuck Bass. In addition to the meta reference to the original series, there are also some other fun celebrity costumes, including Monet and Luna going as supermodels Naomi Campbell Claudia Schiffer, respectively. Ahead, see more of the Halloween looks side by side the real-life people who inspired them.