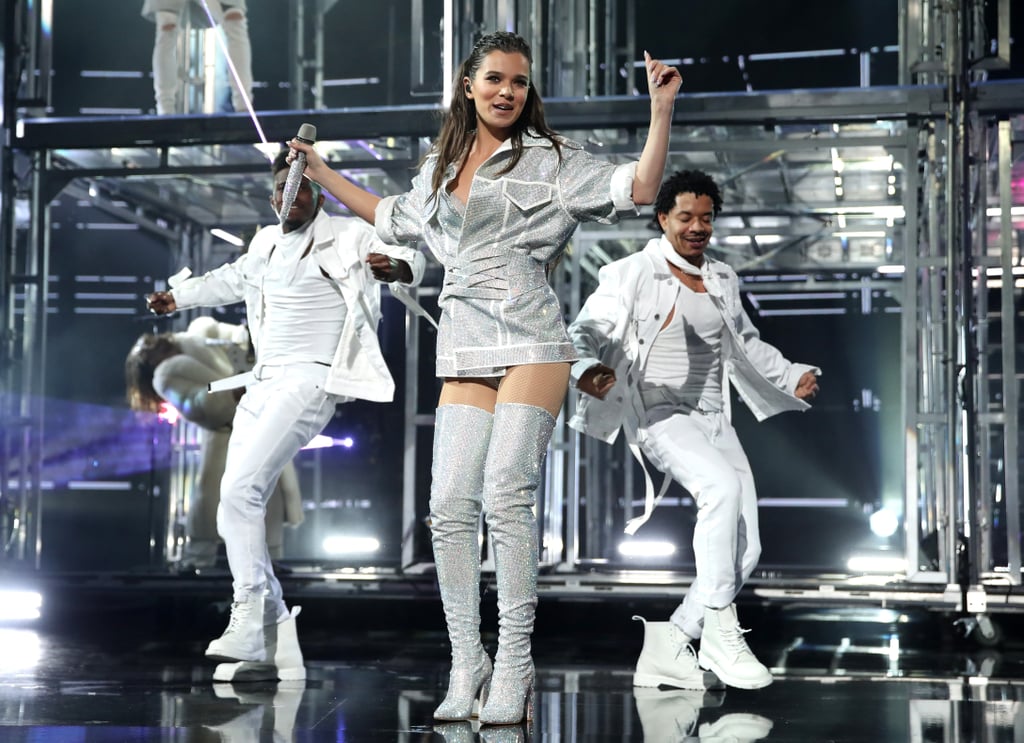 Let's be clear: Hailee Steinfeld is really cool. Currently leading Apple TV+'s Dickinson, she poses a triple threat as an Academy Award-nominated actress, style icon, and pop queen. Steinfeld's musical career kicked off when she became part of the Pitch Perfect universe and charmed us with her sweet rendition of "Flashlight." Her pop endeavors have definitely boomed since becoming a Barden Bella, and she's even collaborated with the likes of Zedd and DNCE. In addition to having an angelic voice, Steinfeld is also one hell of a performer, dominating the stage with a sexy and confident presence as well as an impeccable fashion sense. Ahead, we've gathered the singer's best song performances that will certainly, as her Bumblebee song goes, bring you back to life!