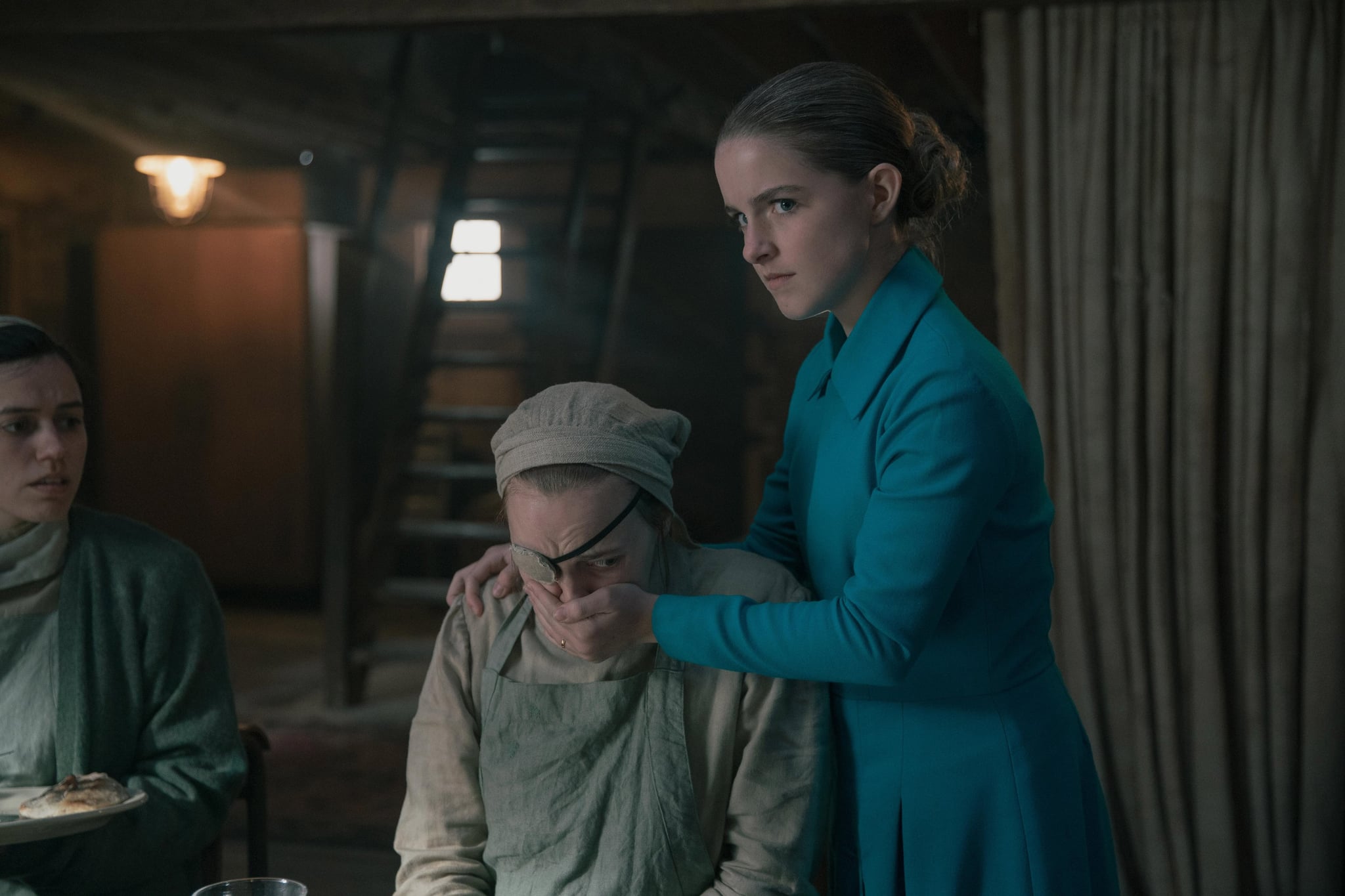 Season four of The Handmaid's Tale" is finally here, and it's all I've been able to talk about to anyone and everyone who has crossed in my path. The new episodes pick up right back up where we left off in season three, with June suffering from her battle wound and the handmaids moving swiftly to get her to a safe house. That safe house is run by a new face to us viewers — Esther Keyes (and her declining Commander). While we see June continue through her suffering, we learn a little bit more about Mrs. Keyes and how she's so important to the success of Mayday.

Mrs. Keyes is a child bride who has been taken advantage of by dozens of men that her Commander had invited over in the past in hopes of producing a child. After enduring what she's gone through, it makes sense that she's so passionate to help Mayday and the handmaids. Though she's just a child (seriously, she's only 14), she has more than a few plans up her sleeve to rid herself of her Commander and of the guard, Johnny, who has taken part in raping her. She confesses her plan to murder Johnny when June and her get into a spat one night over Esther's treatment of the handmaids. June explains that they've all been through enough and that Esther needs to treat the handmaids with kindness rather than forcefulness. Esther understands this and ends up pleading to join the resistance. She even confesses that she's been slowly poisoning Commander Keyes, which has ultimately led to his current senile state.

It's clear to me why Mrs. Keyes was introduced as a character in this season, and I'd be surprised if she doesn't stir things up similarly to how June would. Introducing Esther Keyes proves to viewers that some wives in Gilead live in devastating situations. She also displays someone who is capable of carrying the torch, if June so chooses to pass it to her — only time will tell.