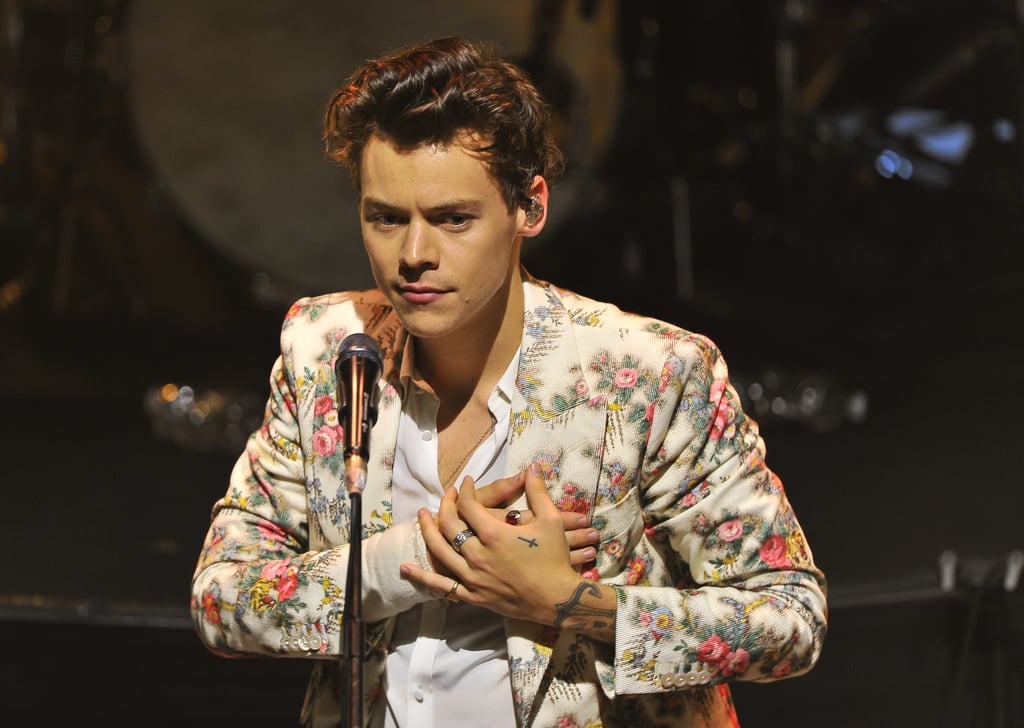 Harry Styles Fans Have Listened to Fine Line, and Now They Just Want to Know: You OK, Bud?

Harry Styles is heartbroken — or at least he was when he wrote the highly anticipated follow-up to his 2017 self-titled debut album. After a few whirlwind weeks, which included pulling double duty on Saturday Night Live and interviewing his ex-girlfriend Kendall Jenner as guest host on The Late Late Show, on Friday, Styles released Fine Line, a lovely display of vulnerability that also stylistically pushes Styles closer toward his goal of becoming a freewheeling, David Bowie-adjacent, genre- and gender-bending performer.

But there are mostly a lot of sad songs. Following a string of upbeat singles, including "Watermelon Sugar" and "Lights Up," the album comes to a sobering halt with "Cherry," an admittedly "petty" breakup song that features a voicemail from his most recent ex, model Camille Rowe. The song leads into the somehow more despairing "Falling," but Styles eventually picks the mood back up with the sexy "She," essentially Fine Line's answer to the self-titled album's popular "Kiwi" and the sweet "Sunflower, Vol. 6."

Styles's fans, now likely a mix of former Directioners and solo-career bandwagoners, seem to be both elated by the album's release and emotionally wrecked by its content — but of course not too wrecked to create memes about how wrecked they are. Ahead, enjoy some of the best reactions Twitter currently has to offer.