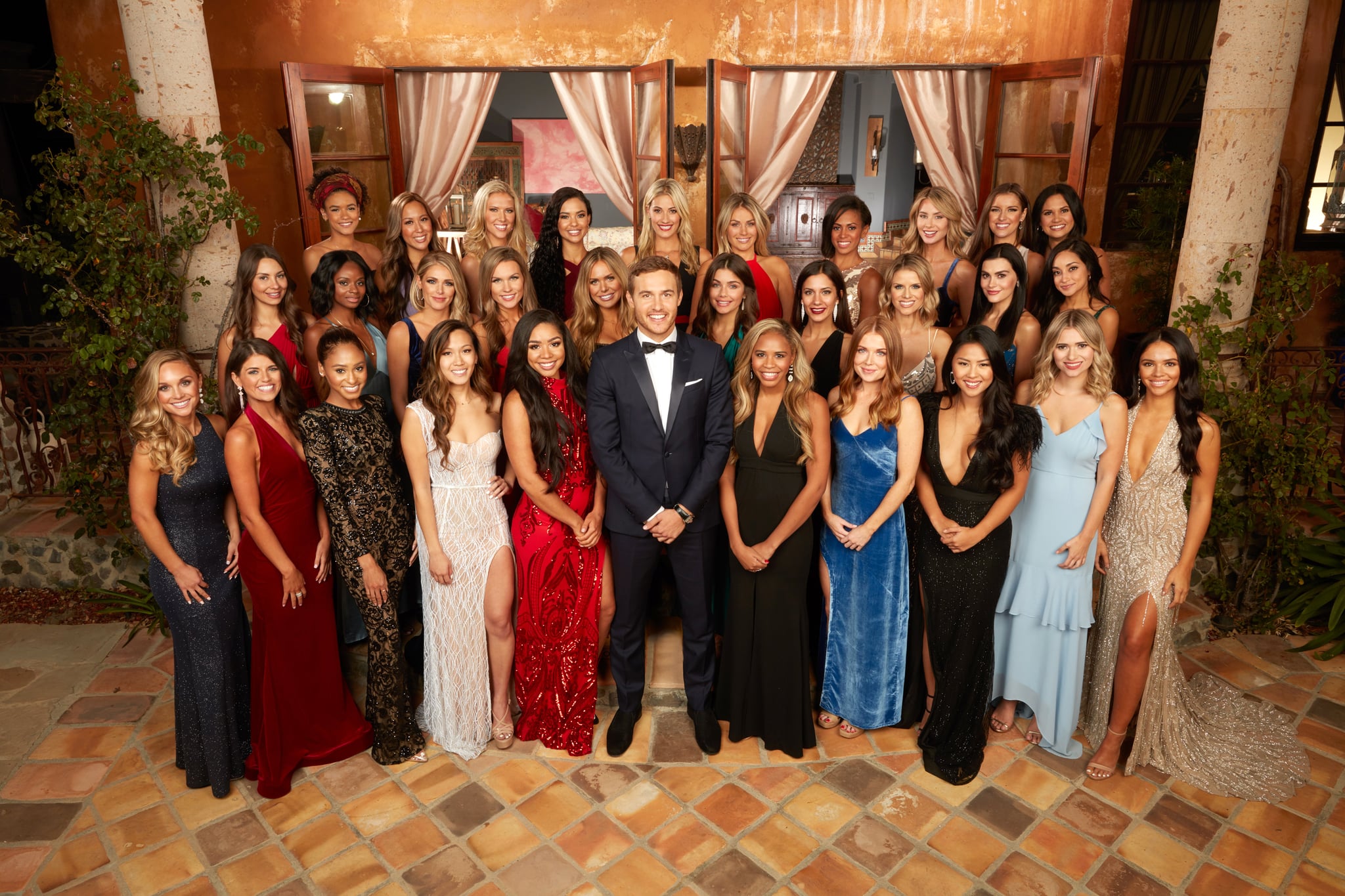 The first night of The Bachelor follows a time-honored formula: limo entrances, quirky and sometimes cringey introductions, and something almost miraculous: the show's star somehow remembering the names of 25 strangers they've just met. As Peter Weber's season kicks off, you might be wondering how he remembers all those names so quickly. According to some of the show's former stars, the secret is this: they don't actually remember the names, at least not right away!

Former Bachelorette Ali Fedotowsky revealed how she did it in her E! live blog in 2013, and as you might have guessed, it relies heavily on the magic of reality TV. "I am asked this question a lot and there are two answers to this question. Throughout the night a producer is never far from your side and constantly reminds you about everyone's name. She (the producer) has flash cards with the pictures and names of every contestant. It is hard to remember everyone, even with the flash cards. It's all so overwhelming. How do you remember the names at the rose ceremony? Well, I doubt many people could remember at 25, so the Bachelor/ette goes into the rose ceremony room and says a few names at a time and then leaves to get the next few names."

While production can be helpful with getting names correct, especially at the beginning where there's so many near-strangers to remember, they can also make things more difficult. Former Bachelor Sean Lowe told Glamour how the spoiler-phobic nature of production meant that they couldn't use their real names over the communication channels. "The show is so paranoid about spoilers and people getting inside information. From the very beginning, they never called me Sean over the radio; it was always Clyde. The girl, no matter what girl it was, was always Bonnie. It's almost like you are in the Secret Service," he joked.

Although editing magic allows for viewers to believe that the Bachelor or Bachelorette is miraculously and graciously remembering everyone's names, there have been a few incidents where human nature has gotten the better of the show's star. Way back in 2004, Bachelor Jesse Palmer infamously messed up an early rose ceremony: he meant to give a rose to a contestant named Karen but blanked on her name and accidentally called her "Katie" — which was the name of another contestant! He immediately pulled Chris Harrison aside to explain his mistake. "I forgot her name," he told Harrison. "That wasn't the girl I wanted to give it to. Karen. I said Katie. I froze and forgot and said Katie. We gotta do that again. Somehow we gotta do that again." The end result was that both Katie and Karen got roses, but it was a famously awkward moment that showed a rare crack in the polished veneer of the production. So when you see each season's star "remembering" everyone's name right off the bat, it's not a superpower — it's just good old-fashioned TV production.