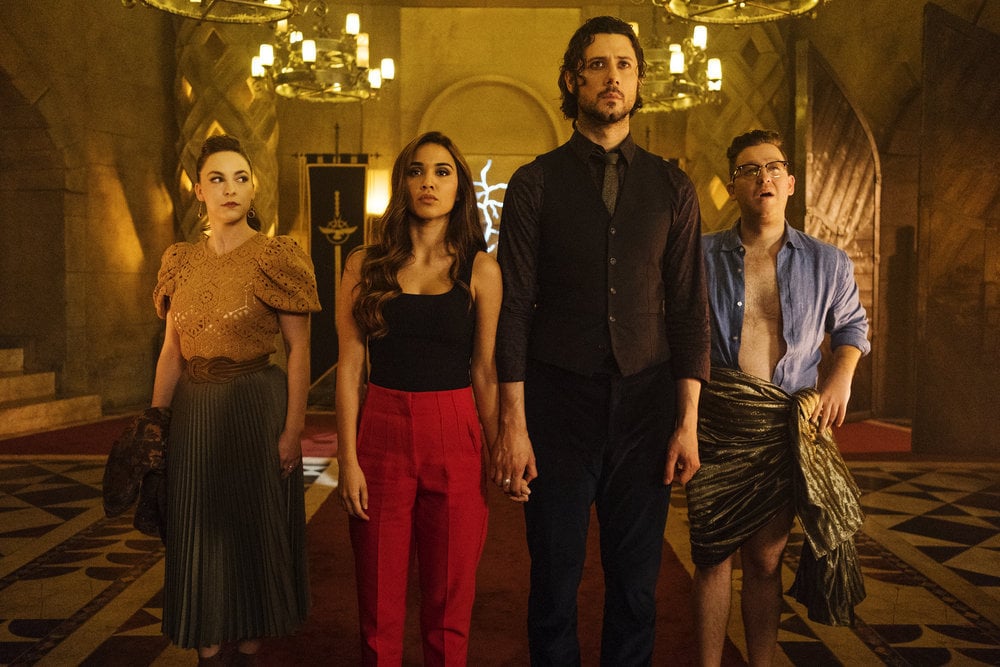 The Magicians Comes to a Close in Action-Packed Finale: Here's Where Everyone Ends Up

The Magicians has officially come to an end. On Wednesday night, the series wrapped up its fifth and final season in an action-packed finale. With Fillory collapsing in on itself, the group uses a magical seed to create a new world for everyone to be transported to. It mostly goes off without a hitch, but there are a few complications along the way. Julia's water breaks and she goes into labor, the Beast comes back from the dead to wreak havoc, and Margo sacrifices herself to turn back the clock in Fillory.

Related:
Only True Fans of The Magicians Would Know All 10 of These Fast Facts
Previous Next Start Slideshow
The MagiciansTV